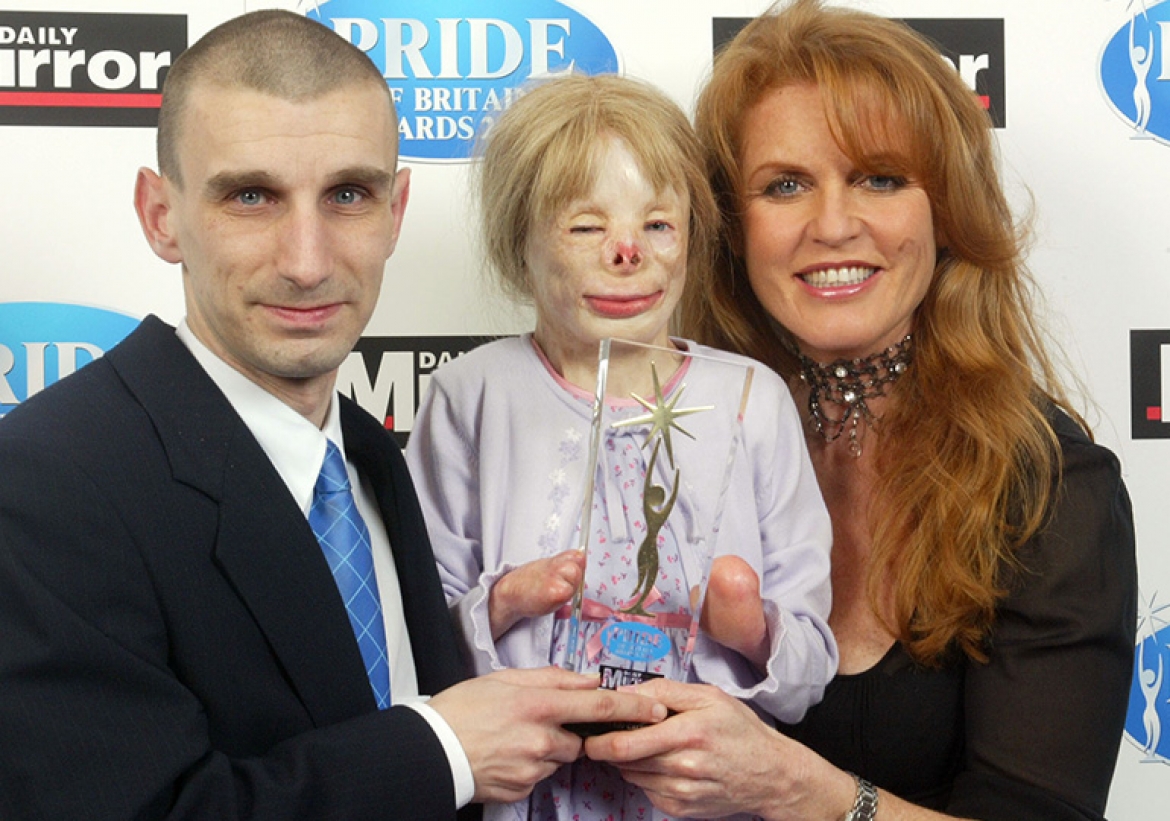 Terri Calvesbert was just two-years-old when she was horrifically burned during a fire at her home, started accidentally by her mother's cigarette.

So extreme were her injuries that the firefighters who found her initially thought the tiny tot was a charred doll.

Ninety per cent of Terri's body was covered in agonising burns with only the area covered by her wet nappy being spared.

She was left with no hair, lips, nose or fingers and just one foot and will need surgery for the rest of her life.

Dad Paul says: "The doctors told us she nearly died so many times."

But in the five years since the brave seven-year-old from Ipswich has shown courage beyond her years in coping with the terrible injuries, and demonstrated a fun-loving zest for life that is truly humbling.

Paul says: "She inspires me every day, I'm so proud of her and the fact that people nominated her means she's touched other peoples' hearts too. She just opens everybody's eyes up."

However there was another heart-rending twist to the tragedy.

Despite reassurances her actions were nothing more than a devastating accident, Terri's mum Julie was racked with guilt.

She could not bear to face a lifetime of watching her child struggle and left home a few weeks after the accident, divorcing Paul a year later. They have not heard from her since.

But bubbly Terri and her dad, who gave up his job to become her full-time carer, have battled on with life together.

In the last four years alone Terri has endured another 16 major operations.

Paul says: "At the beginning she was having an operation every other day, she'd have a day's rest and then was back in again."

Terri has already overcome massive hurdles - and three years ago she started school.

"It was the biggest challenge we had," says Paul, "I was a nervous wreck, my biggest worry being how other children were going to react but she loved her first day.

"She's such a cheerful child, she does everything any other kid would do but if anything she's more determined because of everything she's been through."

On hearing she'd won a Pride of Britain award, Paul says: "She giggled and then it all really sunk in when the photographer came round.

"She was posing away and telling him about her award and what she was going to win. She can't wait to come to London, she's so excited."