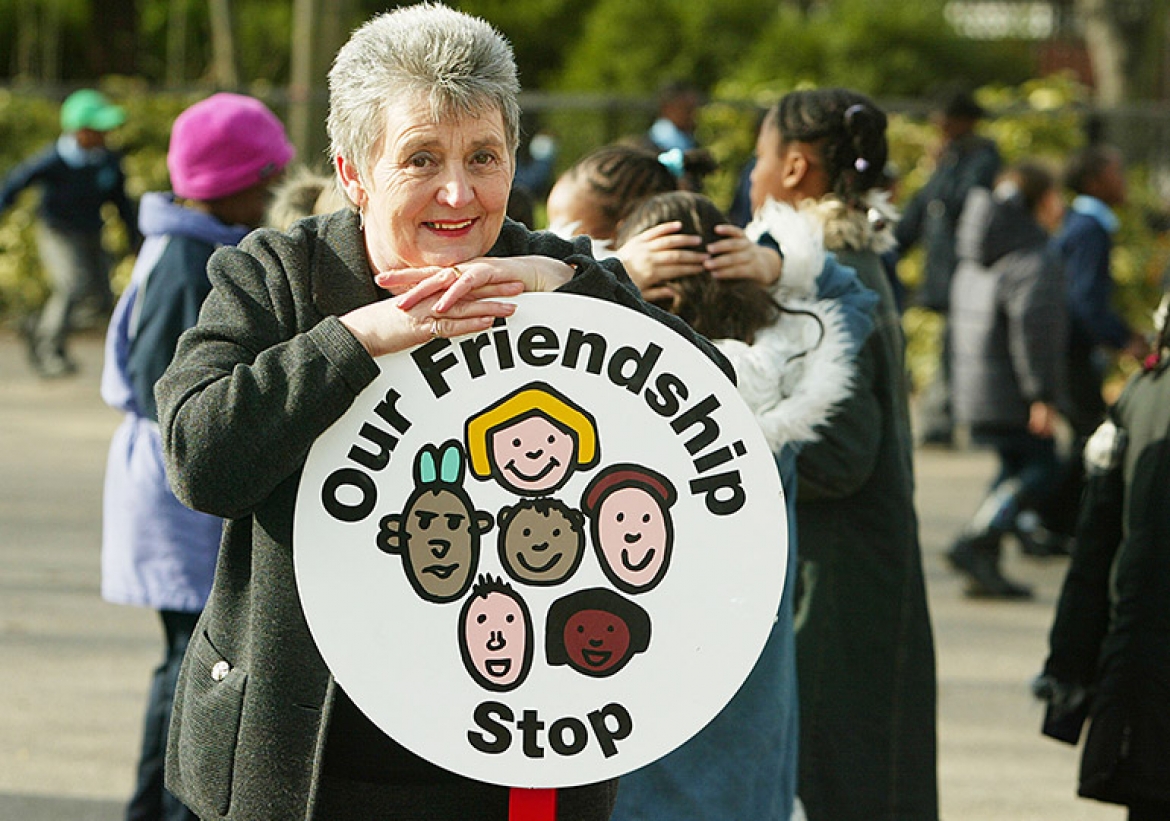 At the core of the scheme is the belief children are more likely to listen to their friends than teachers.

Nesta says: "Violence and bullying is a problem in most playgrounds and we had flare ups which were unacceptable.

"We used approaches like detention but they were only effective for a short time and we wanted to give the kids skills they could develop and use to help other children."

To tackle the problem Nesta chose a group of youngsters to act as "mentors", whose job it was to defuse potentially explosive situations.

They were taught to encourage other pupils to walk away from disputes and fights and help them deal with their anger.

The mentors go out in their red hats at playtime and are there to give
emotional support and also help lonely children.

Friendship Stop signs are placed like bus-stops, next to a bench in the playground and anyone who feels left out can sit there. A mentor will then come to listen, play or help find another playmate.

There is also a Peace Patrol of a dozen older pupils who wear green caps and act as prefects to keep the order.

When the project began many children "took the mickey" out of the mentors.

Now the position is considered a high status job amongst the pupils and some have become so good at taking abuse calmly that they are passing on tips to their parents.

The scheme is a complete success and where there were regularly three fights a week, they are now extremely rare.

Nesta says: "It has cut down the violence tremendously and has made a major difference. It's not a quick fit solution, you do have to give it time to be embedded in the school ethos and give the mentors time to be trained."

The peaceful atmosphere has also had a beneficial effect on academic life with the school achieving results well above the national average in league tables.

Nesta's scheme is now being introduced to another seven schools in the area.

She says: "We've had a tremendous amount of interest nationwide and a school in Italy has even contacted us."

Hearing she had won a Pride of Britain Award, Nesta, originally from Wales, says: "I'm totally amazed. I've been a teacher all my life and you don't expect anything like this."