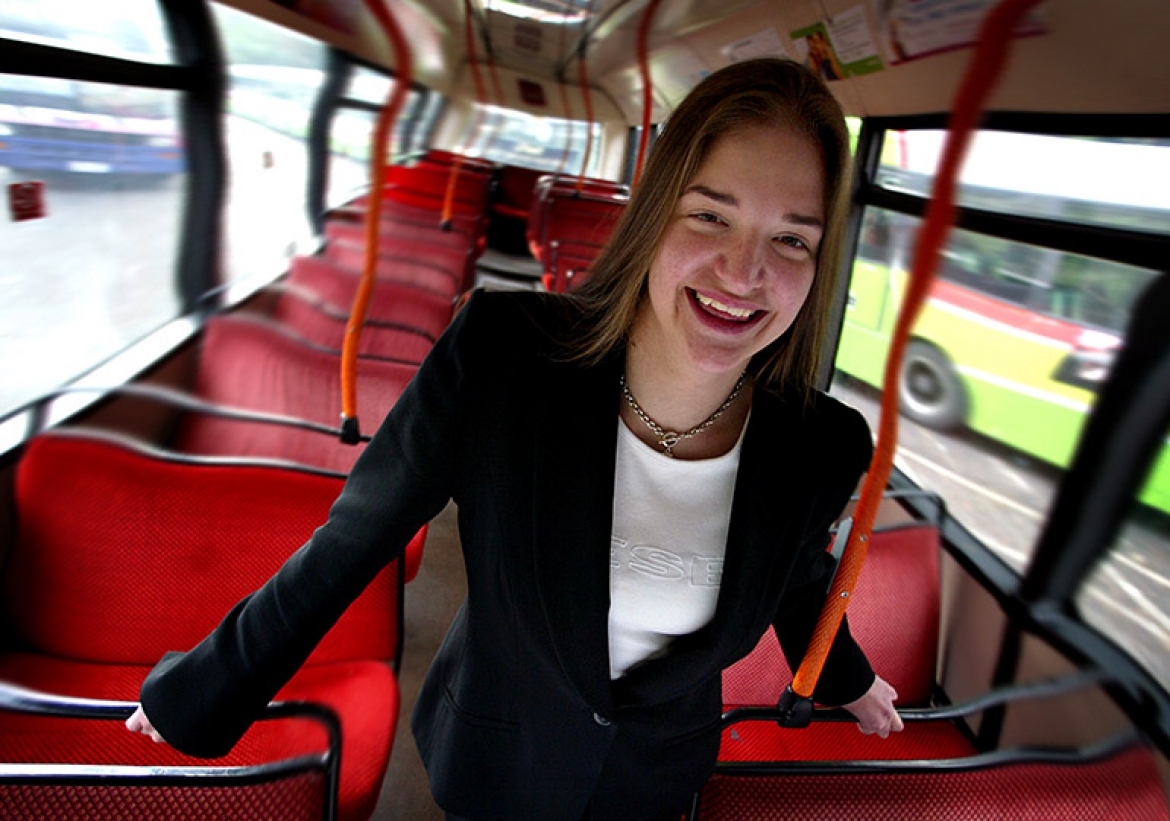 A trip on the last bus home after a night on the town turned into a journey from hell for Lynsey Walters when she risked her life to save a man being viciously stabbed.

As she boarded the number 58 bus in Redditch, near Birmingham, Lynsey noticed two young lads at the back abusing other passengers.  Seeing her looking the pair turned their attention to Lynsey, who was then 16, and her friend.

When fellow passenger Mark McCusker bravely told the youths to leave the girls alone, Lynsey feared a confrontation, until the yobs got up to leave at the next stop.

But as they walked past, one of the men grabbed Mark's coat, pulling it over his head, and together they launched a frenzied attack on the defenceless man.

While other passengers sat and stared on in horror brave Lynsey leapt into action.

She says: "As I was sitting opposite Mark, I was able to put my foot in one of the lad's back and throw him over but as I did it I was pushed back onto the seat and knocked out."

When Lynsey regained consciousness Mark was still being attacked, but to her horror she saw one of the men had pulled out a six inch knife and was stabbing him repeatedly.

She once again threw herself at the brutal attackers.

Lynsey says: "I got up and grabbed the man's arm and he lunged towards me with the knife so I kicked him in the shins twice. He must have had a bad leg because he immediately went down and was just staring at me, then his friend dragged him off the bus. There was blood everywhere."

She was one of the youngest on the bus but Lynsey took charge of the situation, telling the driver to head straight for hospital.

Then grabbing her friend's scarf she asked a fellow passenger to press it on Mark's wounds while she held his head and tried to keep him awake.

Lynsey, who has never had first aid or self defence training, says: "I knew from stuff I'd watched on TV that with severe injuries you should try and keep the patient conscious."

Mark suffered two punctured lungs, serious internal injuries and wounds to his back after being stabbed 12 times.

He has since recovered fully from the attack and become a family friend.

His attacker was jailed for eight years.

Modest Lynsey, now 18, says: "I wasn't scared at the time, I just didn't think about it and I'd definitely do it again. I think that any other normal, decent person would do the same thing."