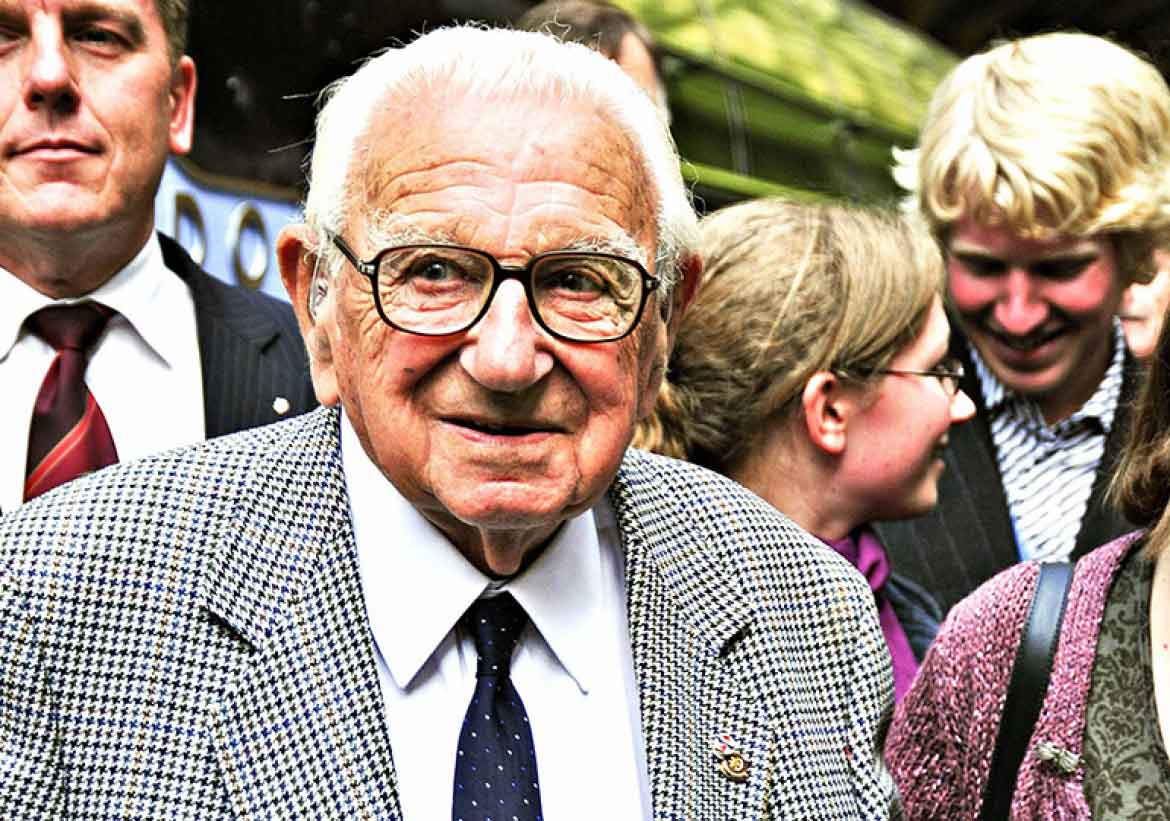 If it hadn't been for Sir Nicholas Winton, 669 children would almost certainly have perished in Nazi death camps.

But his story does not end there - for even today, the 93-year-old still works tirelessly for good causes.

He says: "To perform an act of goodness you have to be given the opportunity - and luckily I was."

Sir Nicholas was 29 when he went to Czechoslovakia. There he witnessed the plight of refugees who had fled from the Germans.

Although efforts were being made to save adults, nothing was done for the children.

After returning home to North London, he wrote to the Home Office and persuaded officials to grant the children refuge in Britain.

In all, eight trains full of children travelled from Prague to London between March and September 1939.

After the war ended he became a businessman, taking early retirement in 1969 to devote himself to charity work with the mental health charity Mencap and Abbeyfield, which helps the elderly.

He was such a successful fundraiser - collecting more than £1million - that in 1983 he was given an MBE and was also honoured with a knighthood.