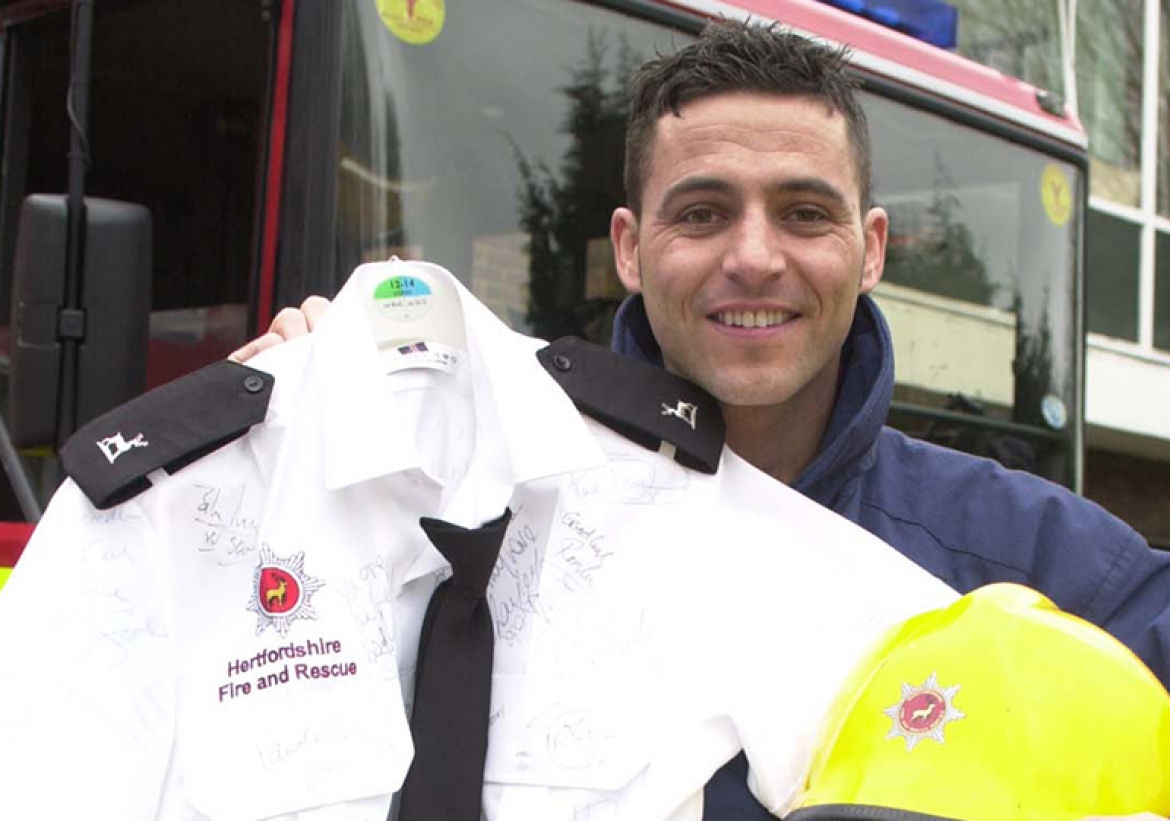 Russell gave up his holiday to treat bomb victims and train the Bali fire service in rescue techniques.  The Bali bombing last October claimed almost 200 lives in the worst outrage since September 11, 2001.

A blast ripped through the Kuta beach resort, turning the tropical paradise into a living hell.

But out of the carnage, the courage of people like firefighter Russell Ward emerged. The 34-year-old was holidaying on the Indonesian island when the news came through - along with an appeal for anyone with medical skills to go to Sanglah hospital.

Russell volunteered, telling staff he was a firefighter with medical training. He says: "There were so many serious injuries and almost no supplies." Russell met Jodie Cearns, 35, an Australian with 40 per cent burns as she was being prepared for airlift home.

He says: "I used a ventilation bag to keep her alive but she kept slipping away so I kept talking to her."

Jodie was flown to Melbourne while Russell helped organise the search for survivors and trained 70 of the island's firefighters in rescue techniques.

Russell did not learn of Jodie's death until he was back in Britain. Jodie's mother, Patricia, 58, says: "Russell is an extremely special person. To this day he is a great support to me."