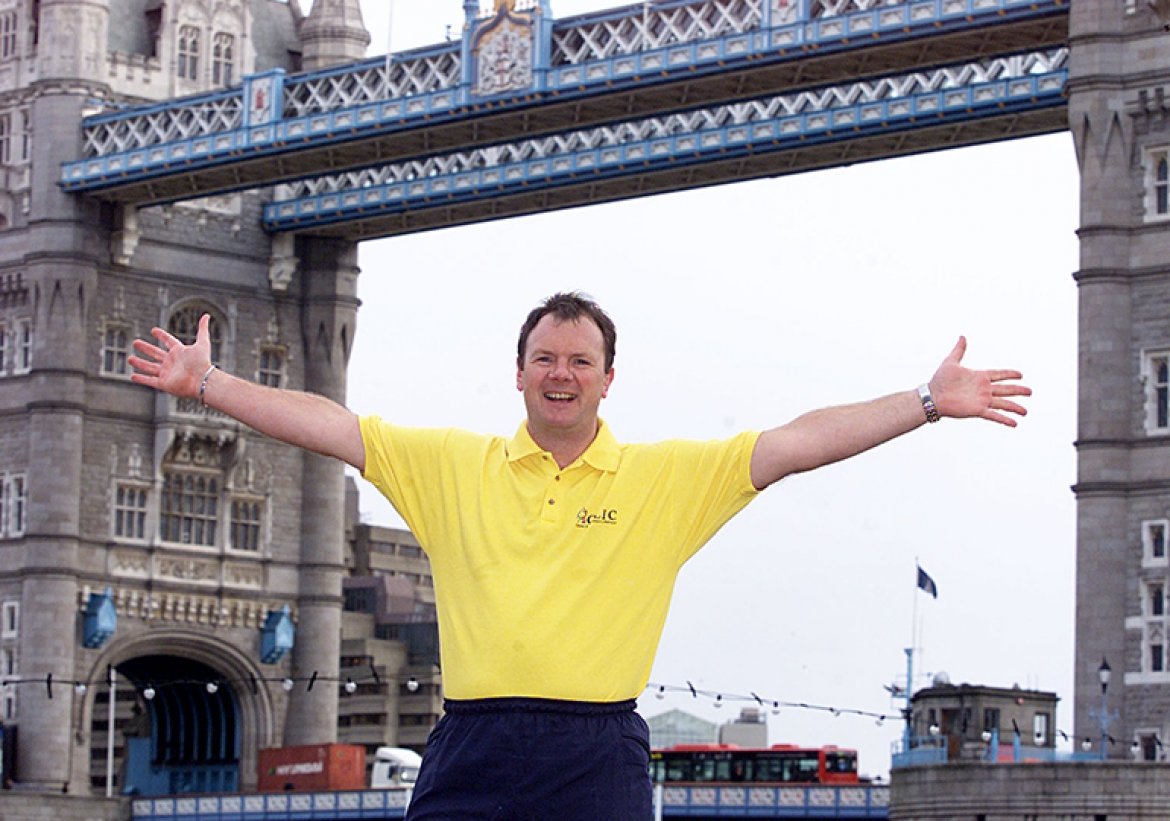 Lloyd has spent 14 years raising £1.25million for cancer charities.  He is known to millions as the man who spent five days and eight hours completing the London Marathon for charity while wearing a 120lb deep-sea diving suit.

But there is much more to Lloyd Scott. The 41-year-old has devoted the past 14 years to raising more than £1.25million for cancer charities.

His feats include climbing Mount Kilimanjaro and trekking hundreds of miles across the Sahara, the South Pole and the Himalayas.

The father-of-three dedicated his life to good causes after he was diagnosed with leukaemia while working as a firefighter in 1987.

Lloyd, who lives in Rainham, Essex, says: "They said if I didn't find a bone-marrow donor, I would only have three or four years left."

In a million-to-one chance, the Anthony Nolan Trust found him a donor within months, which almost certainly saved his life.

Lloyd then left the London Fire Brigade and devoted himself to good causes. He now works for CLIC - Cancer and Leukaemia in Childhood - as a liaison officer and spends much of his free time championing the charity's work.

He says: "I want to show other sufferers that there is hope, that it can be overcome."

Lloyd's next project is a 2,500-mile bike ride across Australia - on a penny farthing.