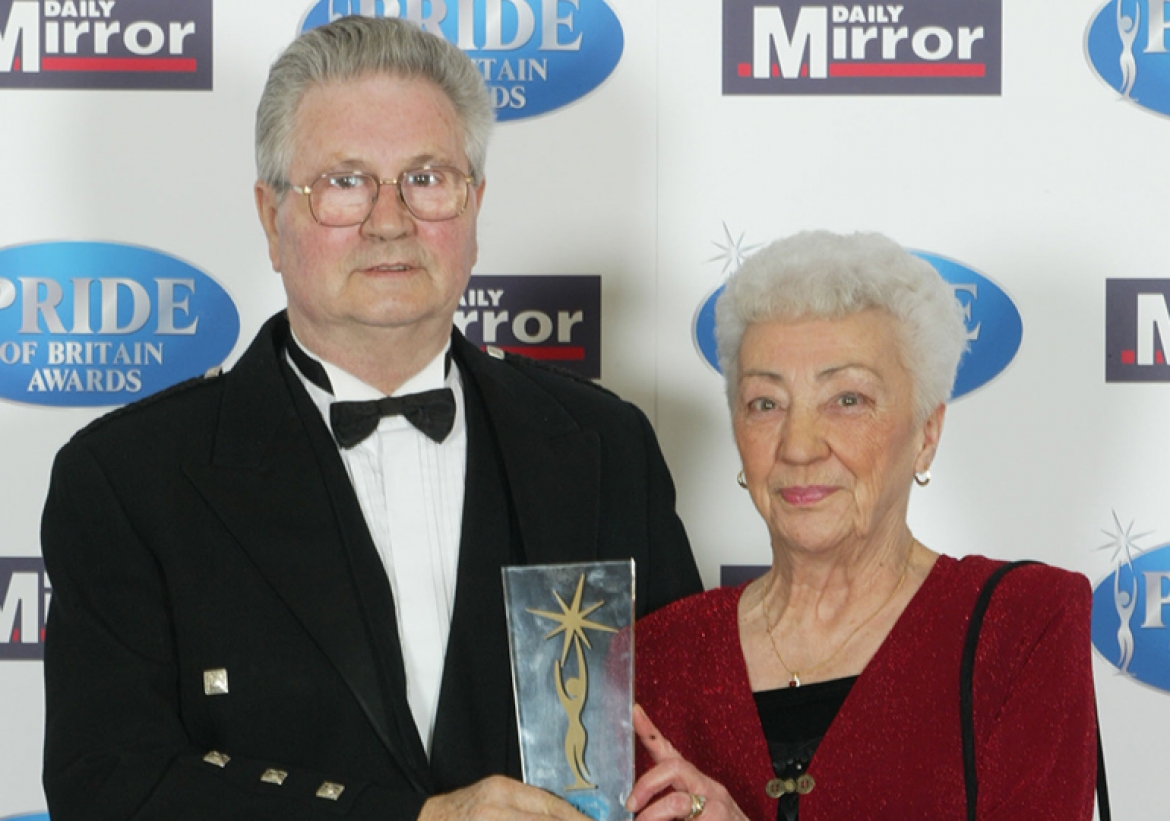 Pensioners Janet McMahon and Cameron Sharp dragged a suicidal woman to safety with just seconds to spare after she lay across the path of an express train.

Their bravery earned them the praise of police. Janet, 75, says: "I don't think of myself as brave because anyone would have done the same. But I wouldn't want to go through it again because I'm getting a bit old."

The great-grandmother was leaving her home in Stirling for a walk with her daughter, Hazel, 40, and three-year-old granddaughter when the drama unfolded in June.

She says: "A woman who was well known in the area for her drink problem walked past us in her pyjamas and slippers and said 'Janet, I'm going to the railway line to end it all.'

"For a minute I was struck dumb, then I told her not to be so silly but she just marched off.

"Hazel ran to get help while I went after her with my terrier and Olivia in the buggy."

Turning the corner, Janet saw the woman, in her 40s, lying spread-eagled across the tracks at a level crossing. A neighbour, Cameron, was struggling desperately to pull her to safety.

And Janet could see the high speed Stirling-to-Dunblane train roaring towards them.

Grandfather-of-four Cameron, a retired furniture maker, says: "I'd been out walking my dog when I saw her there. I knew I had to do something but I couldn't move her on my own.

"When Janet arrived we got hold of her and somehow managed to lift her off."

Although the train driver had seen the commotion ahead and slammed on his brakes, he knew he wouldn't be able to stop in time.

Eventually his train came to a halt with a carriage over the spot where Janet and Cameron, 69, had been just 20 seconds before.