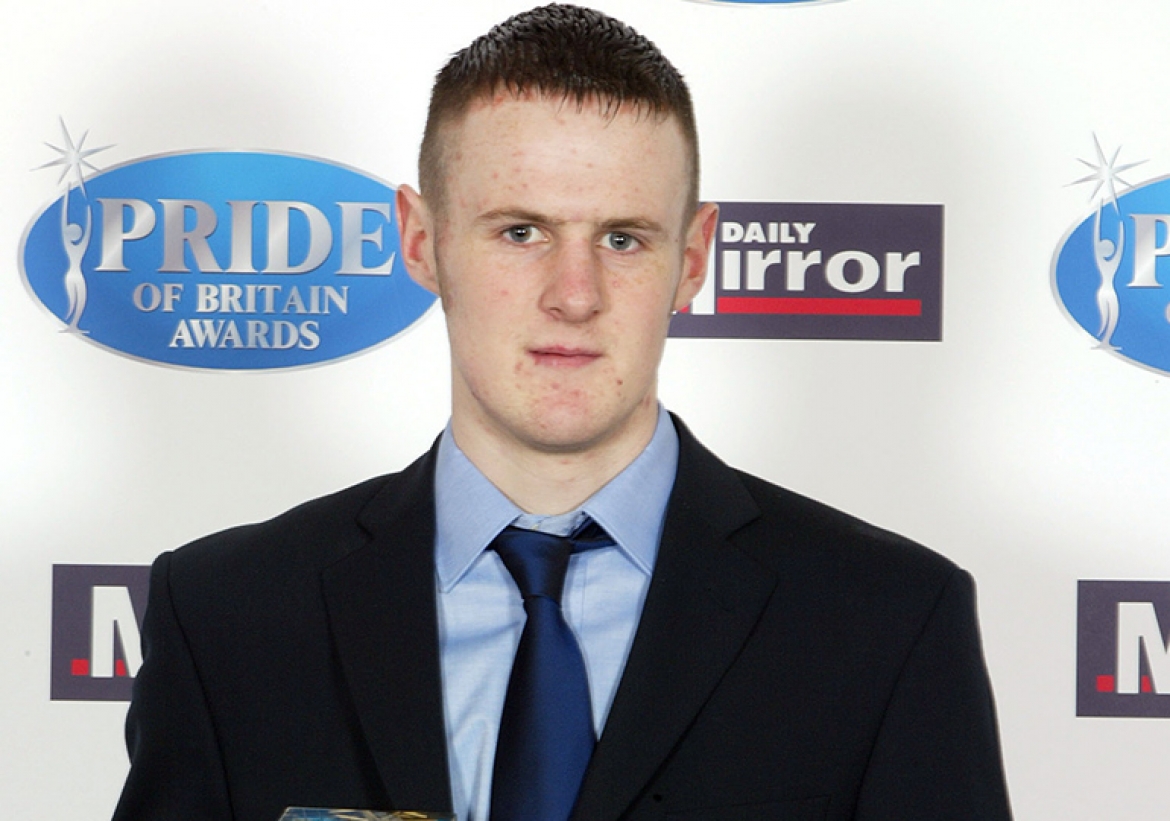 After hearing the screams of a woman being set upon by a car-jacker, Daniel Allen knew he had to act.  Not only did he chase the attacker and help capture him - he did so after being stabbed twice in the leg.

Daniel was walking near his home in Derry, Northern Ireland, with his brother Andrew, 15, and three friends last April.

He says: "We were just crossing the road when we heard someone shouting: 'My mum's being attacked.'"

The boys ran across the road and spotted a man trying to drag a woman out of her car. Watching in horror from the pavement was the woman's daughter who had just left a Chinese takeaway.

As soon as he saw Daniel and his friends approaching, the man turned and fled.

Daniel says: "In the chase, he stumbled when his shoe fell off and I grabbed him."

During the ensuing struggle Daniel, 17, saw the knife in the car-jacker's hands. Seconds later it slashed across his right leg twice.

Although the attacker managed to free himself, Daniel didn't give up the pursuit. He says: "I could feel the pain and it slowed me down but after checking my leg I decided to keep after him. The danger didn't even cross my mind because I think the adrenaline had kicked in."

Unbeknown to Daniel, the man had given his brother and his friends the slip by hiding behind a wall.

But he hadn't counted on Daniel being 50 yards behind them and darted out of his hiding place into his path.

He says: "I felt my head getting dizzy and my leg was really sore so I knew I couldn't go on." Quick-thinking Daniel called out to a passing taxi driver who charged at the man and managed to hold him until police arrived.

Daniel was taken to hospital where he needed seven stitches and was off school for three weeks. The 23-year-old attacker was jailed in January for four years.

A spokesman from the Police Service of Northern Ireland says: "He is an exceptionally brave young man."