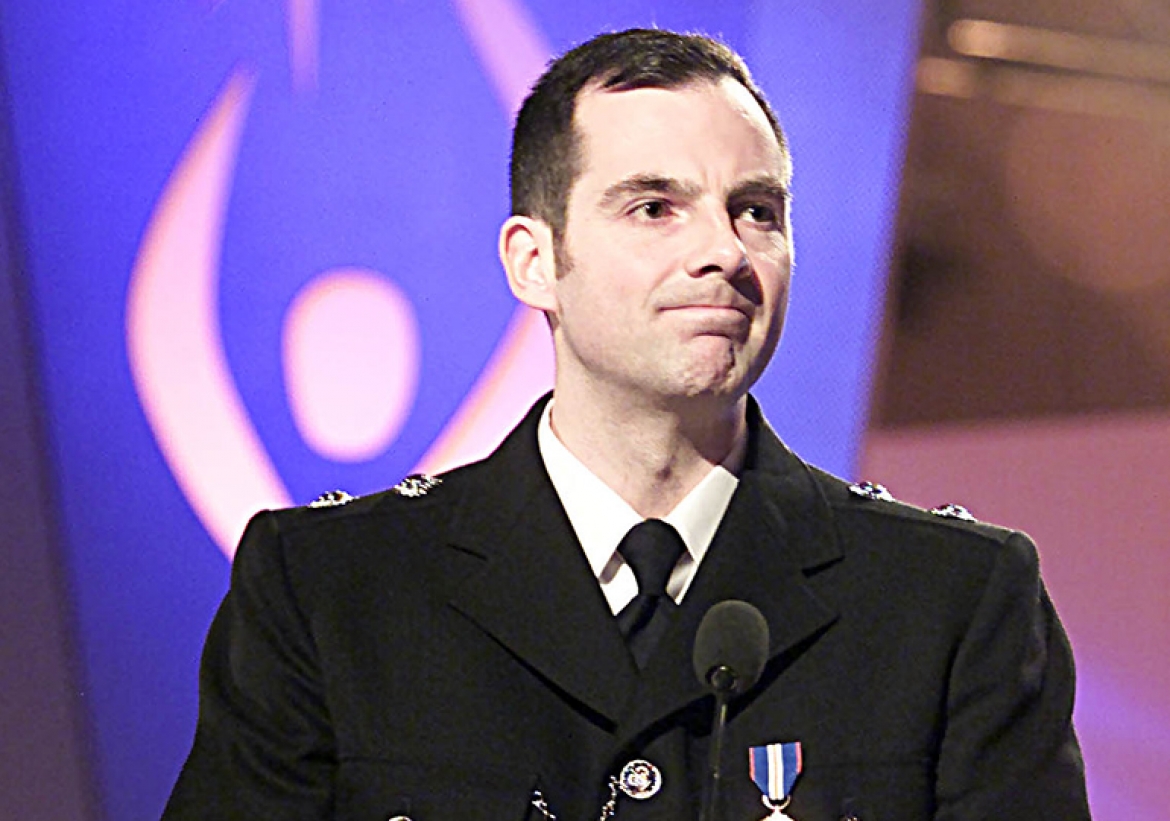 Brave Dan Tanner shrugged off serious stab wounds to his chest and arm to save a teenage girl from a crazed knifeman.

As the British Transport Police inspector pulled in to his police station in North London a man walked over and urinated on the bonnet.

When challenged, the 6ft 4ins man drew a commando-style knife with a 7in blade and lunged.

Insp Tanner says: "He stabbed me in the chest and I could feel blood pouring down my front."

Tanner ran to an empty bus, ordering the driver to pull away. But as the 34-year-old father glanced back, he saw the knifeman had seized a 16-year-old girl, Cordelia.

Ignoring the pain from his wounds, Insp Tanner ran from the bus, calling out to the knifeman to attract his attention.

A game of cat-and-mouse ensued until back-up arrived. It took three officers to arrest him.