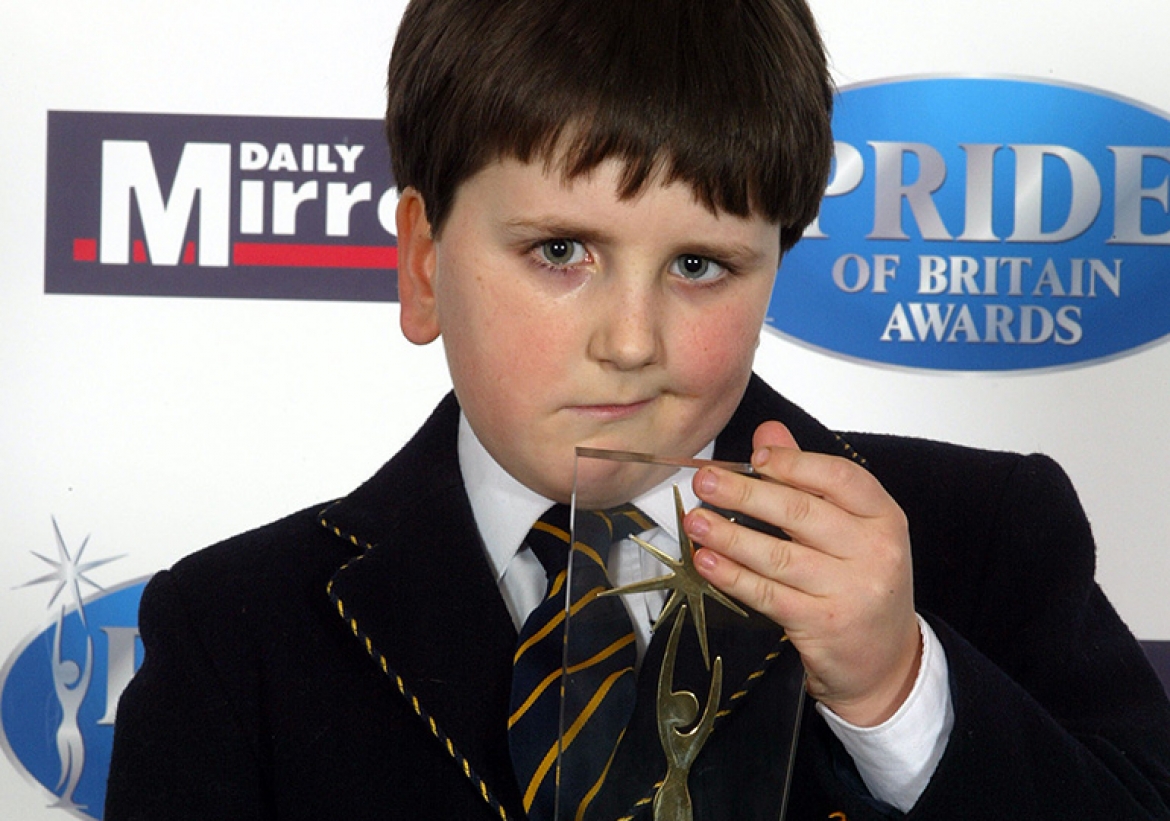 Ben Housson was just two years old when he was involved in a freak accident that very nearly killed him.  While at a restaurant in France, a ship's wheel - weighing 220lb - fell on his head and crushed his skull. Doctors said he had almost no chance of survival.

But Ben was to prove them wrong. Not only did he pull through, he did so with his sunny disposition intact.

Even a bout of meningitis and more than 40 gruelling hours of brain surgery have failed to dim his spirit.

Ben was in Nice with his mother, Katrina, and older brother Max when the accident happened in 1996.

A huge brass wheel leaning against a wall in a corridor fell on him as he walked past. Katrina, 37, who lives near Marseilles, says: "He lost a third of his blood and had to be resuscitated after dying in the ambulance."

Incredibly, Ben walked out of hospital after five weeks, although he is partially blind and deaf and paralysed down one side. Ben has undergone hours of facial reconstruction and started school when he was six.