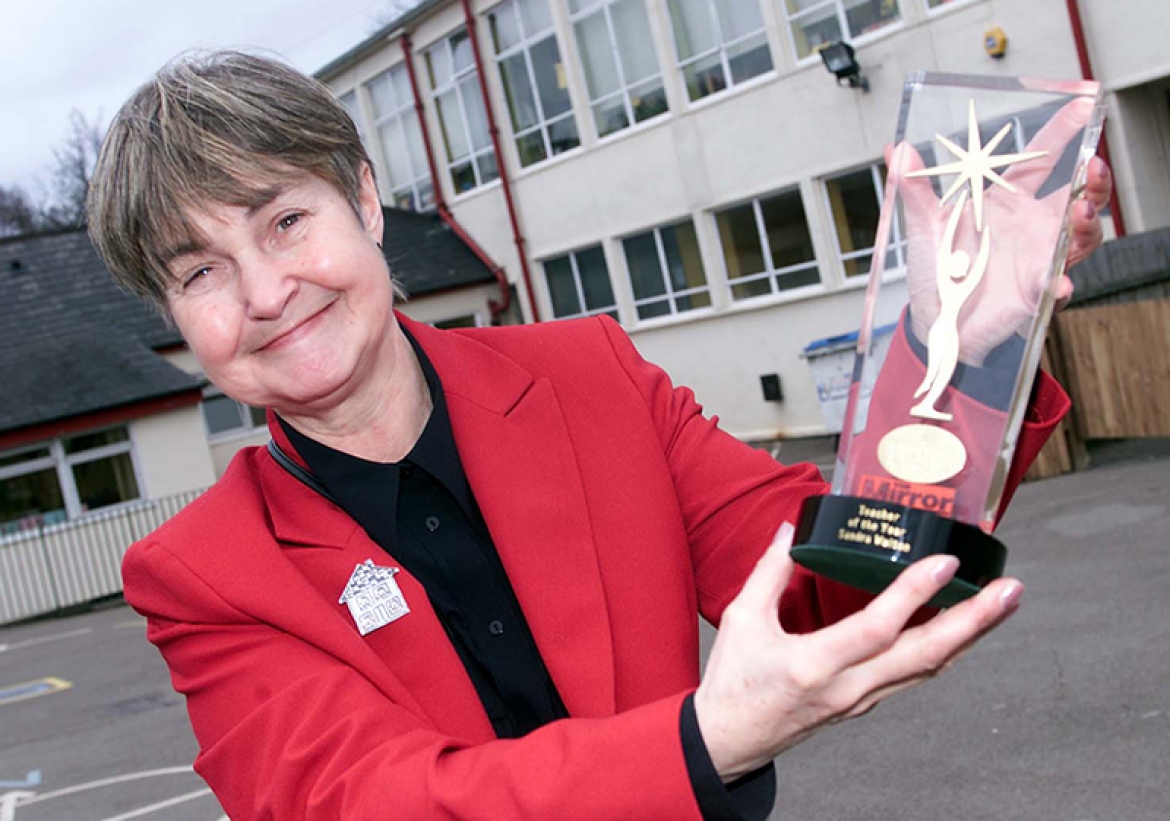 In 1997, Pineapple Junior Infants School was a byword for failure. Its pupils were under-achieving, attendance was low and morale among staff was plummeting.

The year before, Standard Attainment Test (SAT) results showed it was the third worst-performing school in the country.

Today, all that has changed thanks to the inspirational leadership and boundless enthusiasm of headteacher Sandra Walton.

Working with the local community in Birmingham, the school's fortunes have been turned around and this year the government declared it one of the 100 most improved schools in the country.

Sandra, 56, was initially sceptical about applying for a position advertised in 1997.

As a resident of the city, she knew only too well that the school had big problems and that a mountain would have to be climbed to turn things around.

It was in the middle of an area of high social deprivation and was losing pupils as their parents looked for alternative schools.

But after speaking to pupils and the community, Sandra realised its enormous potential. She says: "The first goal was to give the children high expectations of what they themselves could achieve, that there were no holds barred."

Sandra realised that she could only achieve so much alone and put an emphasis on involving the entire community in the school's rebirth.

Parents were approached for suggestions and Sandra contacted a local factory to get involved. It has since paid for a computer suite, text books and arranged visits to its plant.

In 1998 the school, which had not been decorated for about 30 years, was transformed with cream and red paint.

The dull, green school uniform was also replaced with red sweatshirts bearing the new logo: 'Being The Future'.

Sandra, who has three children and a grandchild, says: "We've changed from a drab, green image to a school that's really on the map within the community."

Its name was changed to Allens Croft School and a Saturday club set up which is regularly attended by more than 50 pupils - an unthinkable achievement just a few years ago. Sandra says: "Working together as a team has been the key to turning things around. The staff, the children, the parents and the governors have all been involved.

"The award is not for me - it's for this school and for the team that's put these improvements in place." Last year, all the hard work began to pay off with the publication of the school's SAT results. When Sandra took over, the mark was 72 out of 300 - last year it had risen to 216.

She says: "It hasn't been easy but it has been an exciting challenge and worth every minute when you see the joy on the children's faces when they know they are achieving."