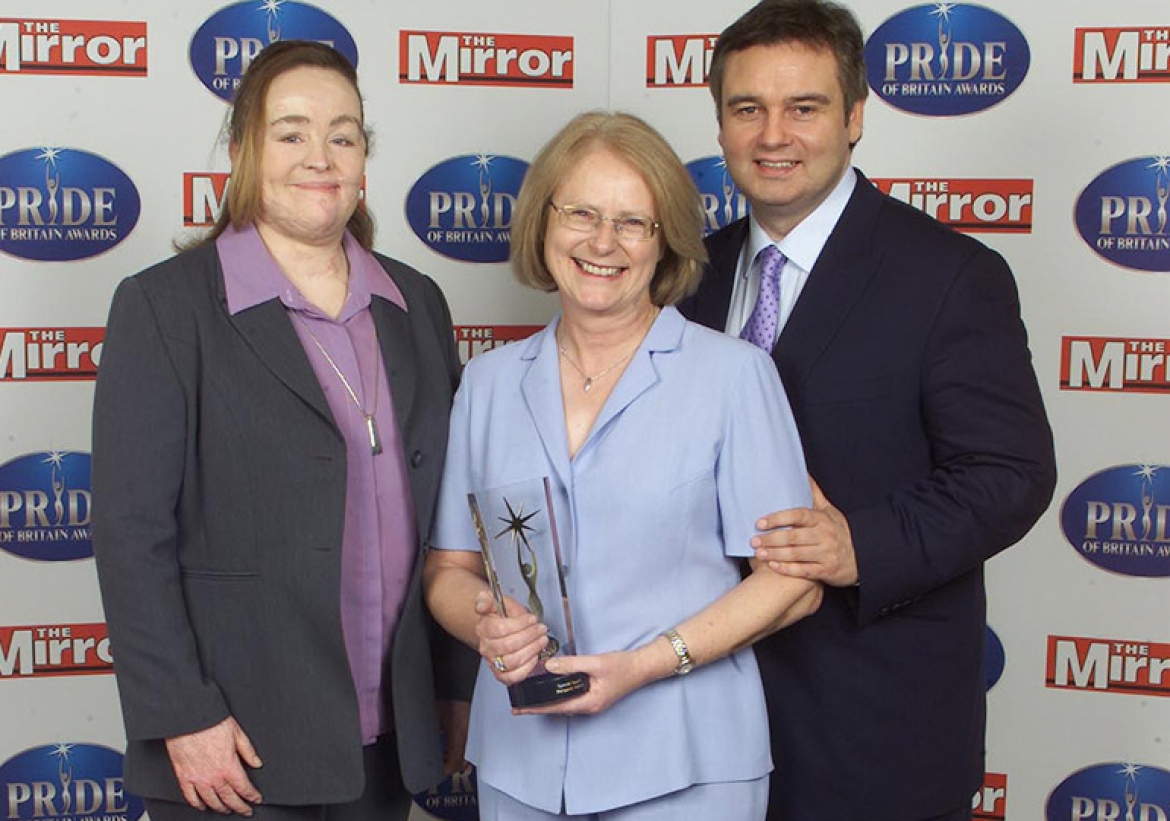 To her pupils, Margaret Jellett is a devoted art and design teacher whose dedication and enthusiasm is an inspiration.

But Margaret's achievements extend far beyond the classroom. Her pioneering work with the integrated schools movement in Northern Ireland has helped bring down barriers and challenge long-held prejudices in the province.

Margaret, 54, was one of the founding teachers of Lagan College which was set up in the belief that Protestants and Catholics belong to the same Christian family. Uniquely, it held that it was better for them to be educated together rather than apart.

It opened in a Belfast Scout hut in 1981 with just 28 pupils, a principal and one full-time and five part-time teachers. It now has more than 1,000 pupils and more than 70 teachers.

The integrated schools movement as a whole now teaches 15,000 pupils a year at 46 schools.

Margaret, who at first had to teach in a garage near the hut, says: "At the end of the 70s it became apparent that decent, law-abiding citizens didn't have a voice because the people of violence had taken over.

"When this college was established it sent out the message that people in the north of Ireland could live and work together, that not everyone wanted all the killing.

"The way to do that was to bring the children together. People look to the young not to make the mistakes their parents made. But if they don't experience something different, how can they make things better?

"I pay tribute to the parents of those first 28 pupils because they didn't know whether the college would still be open in six months, or if there would be enough money to pay running costs or teachers" salaries.

"Those parents trusted us with the most precious thing in the world, their children's education."

But change often attracts hostility and the school's opening was met with street protests organised by residents and councillors.

It is a tribute to Margaret that while the protesters have now left, the movement has grown, planting seeds that may one day help overcome the fractures in Northern Ireland's deeply divided society.

Many of the schools, which now receive government funding, have become so popular that pupils have to be turned away.

Cliodhna Scott-Wills, of the Northern Ireland Council for Integrated Education, says: "It is impossible to think of Lagan College without thinking of Margaret Jellett. She is totally unassuming about herself and her work but she has been a major part of the success of the college."