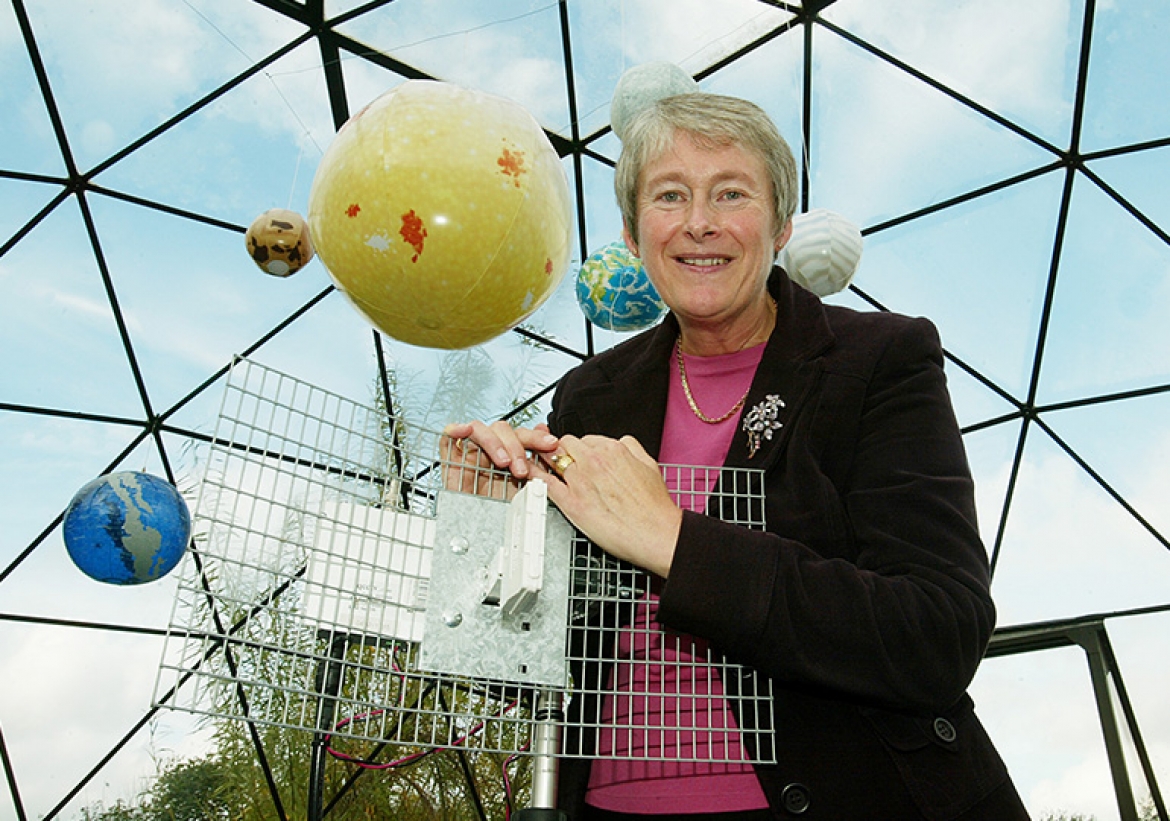 One headteacher has made going to school an out-of-this world experience for the children - literally.

Thanks to Linda Davies, the pupils at Wiltshire's Neston Primary School were the first in Britain to speak to an astronaut in space.

And a futuristic glass dome classroom - a "Moonbase" similar to the International Space Station (ISS) - has brought science, engineering and computing to life, inspiring children to learn.

Since Linda, 52, became headteacher seven years ago, she has improved the village school's previously poor performance to obtaining glowing reports from Ofsted.

New teachers form a solid team with a clear set of objectives and children have a greater share of responsibility over their learning.

But Linda has gone one step beyond. When a parent suggested making contact with an astronaut on the ISS, Linda seized upon the challenge and submitted a strong case to NASA on how her pupils would benefit.

As the children rehearsed their own space-themed show, learnt about the solar system, made papier-mache planets and wrote poems about the stars, a radio mast was constructed in the playground to receive a lone voice more than 200 miles above them.

The result: a "spine-tingling" ten minutes where excited pupils posed questions to astronaut Ed Lu while locals crammed into the school hall in disbelief.

At the same time Linda secured a £35,000 grant to build the solar-powered Moonbase.

Inside, webcams, computers, a robotic arm and two robots give the 162 pupils hands-on access to problem-solving in a fun and inspiring environment, all of which can be viewed in the classroom on interactive whiteboards.

Like the ISS, it has been extended, with an Aqua Zone for children to study the pond and wildlife, a star-shaped sensory garden, a Mirror Maze and a

Growing Zone where plants are cultivated in a rocket-shaped green house.

There is also a weather station and satellite for pupils to compare weather patterns.

Grades have improved - particularly the pupils' science SATs - and the children are well-behaved and hungry to learn all their subjects.

"The idea has always been to keep children interested and to focus on creativity," says Linda. "The children learn because they want to learn."

"The Moonbase gives them skills for life and has raised their learning interest. Children - especially girls - are not going for science or engineering jobs and that's what's needed in this country."

School governor Rachel Riley says: "The school really has gone from strength to strength. Linda is quite simply out of this world!"