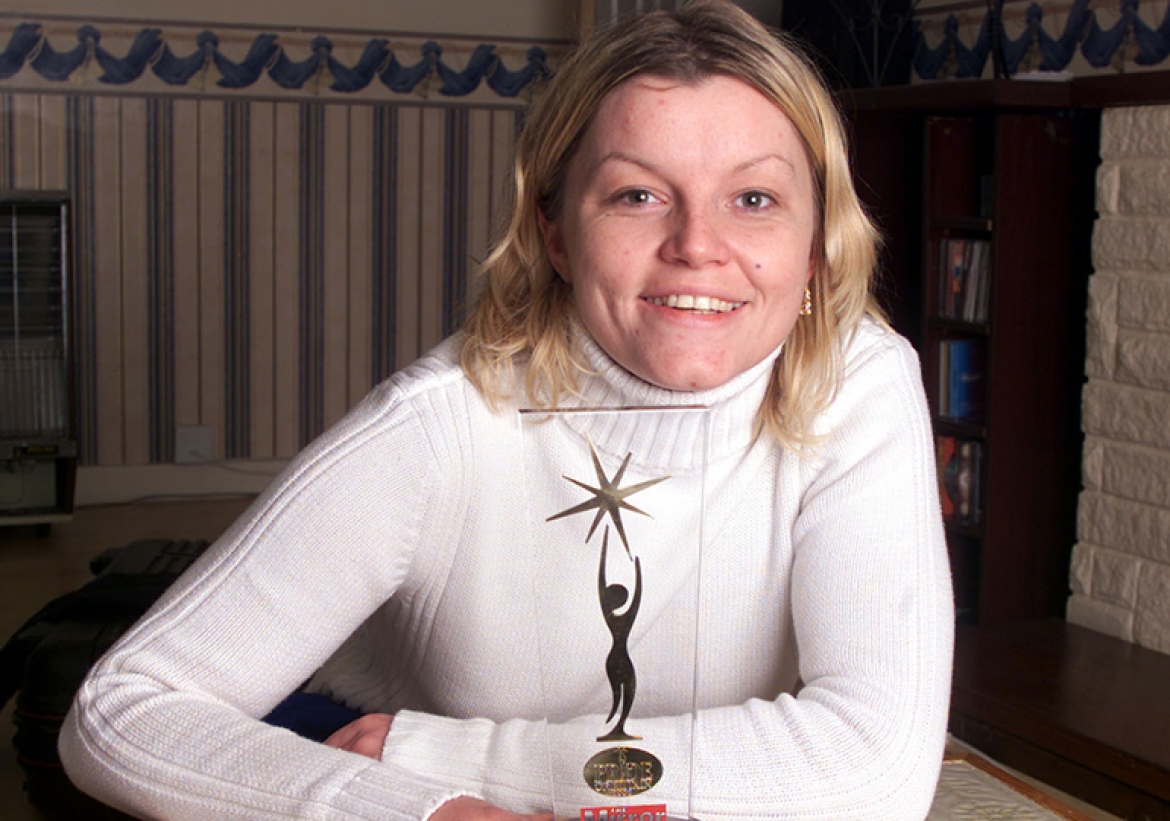 By the time Emma Honey was 17, most people had written her off. She lived with a violent boyfriend and was immersed in a world of crime to feed her addiction to hard drugs.

It is only chance that Emma is still alive. But the fact that she has turned her life around to become an inspiration to her peers is, looking back on the dark days of her teens, little short of a miracle.

Emma was a star pupil at her school until, following the separation of her parents, she fell in with the wrong crowd and started experimenting with alcohol and cannabis.

At 15, she met a drug dealer on the Caerphilly estate in South Wales where she lived and within three months she had fallen pregnant with his child.

In between stints in prison for crimes such as burglary and ram-raiding, he viciously beat her. Despite the abuse, Emma stayed with him and in October, 1993, gave birth to son Ben. He was cared for by Emma's mother as her descent into hard drugs began.

Soon Emma was taking heroin, crack cocaine, tranquillisers and, at weekends, up to 20 Ecstasy tablets a night.

The physical abuse she suffered at the hands of her boyfriend ended only in 1999 when he was sent to prison for three-and-a-half years. Emma says: "I woke up the next morning and thought I had to get on with my life, but it wasn't easy because I was an addict. That day, I was in court for various things such as credit-card fraud and went to prison for two months."

It was during her stay at Eastwood Park Prison in Gloucester that Emma slowly began rebuilding her life. She came off drugs and was on a methadone programme by the time of her release.

She moved to Cardiff looking for a fresh start but was soon back in trouble again, taking tranquillisers. One morning in October, 2000, she woke up in hospital after accidentally taking an overdose.

Soon she embarked on a detox programme and, while talking to a drugs counsellor, decided her future lay in voluntary work.

She was invited to carry out work experience at a school for children with behavioural problems and staff were so impressed that they offered her a job as a teachers' aid.

Since last July, she has been an assistant team leader for the Prince's Trust Volunteers. In this role, she helps young offenders carry out community projects.

Emma says the worst part of her ordeal was handing over her son, now nine, to live with her mother knowing she couldn't cope.

But the best moment of her life is when she wakes up, free from drugs, stares lovingly at her son in his bed and realises that she will spend the day helping to make a difference to the lives of other young people.