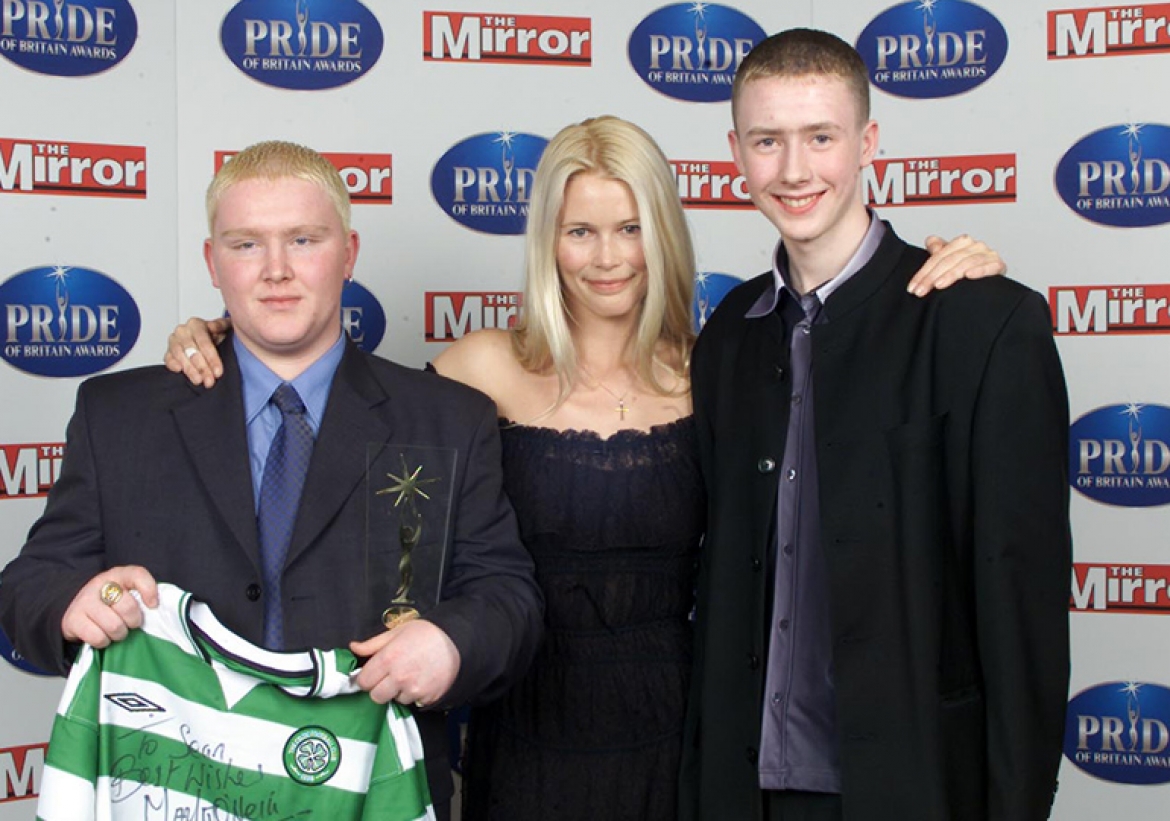 Steven Portman lost his arm in a horrific accident, but if it hadn't been for his best friend, Sean McNally, he would probably have lost his life.

When Steven was struck by an 11,000-volt shock from a live power line, it was Sean who risked his own life to save him.

Last May, the best friends were cycling through fields with Sean's brother, Paul, when they spotted a piece of wire hanging from the power line.

Not realising the danger, Steven grabbed it and was thrown unconscious to the ground as a massive electrical jolt ran through his body.

Sean, 15, says: "I turned around and Steven was lying on the ground with sparks and smoke coming from his body.

"I knew I had to get him away from the wire so I ran over and kicked his wrist to force him from it.

"I felt a jolt go up my leg but I was more concerned with saving Steven."

As Paul went to call an ambulance, Sean gave his unconscious friend mouth-to-mouth resuscitation and a heart massage and gradually he came around.

Sean, who learned first aid at primary school, escaped the tragedy without any injuries, but Steven was not so lucky.

Attempts were made to drain the fluid that had built up in his badly burnt right arm, but, sadly, these were unsuccessful.

Three days after arriving at Glasgow Royal Infirmary, the arm was amputated at the shoulder.

The pair, who live in Carluke, South Lanarkshire and have been friends for 10 years, had an emotional reunion a few days after the operation. Steven hugged his friend and thanked him for saving his life.

Brave Steven is not letting the accident get in the way of his plans to become a top-class footballer and four months after it happened he was voted player of the year by his local youth team Coltness Colts.

Steven, who has had to relearn how to write and ride his bicycle, said: "The accident made me take hold of my life and realise I can't sit back and wait for things to happen.