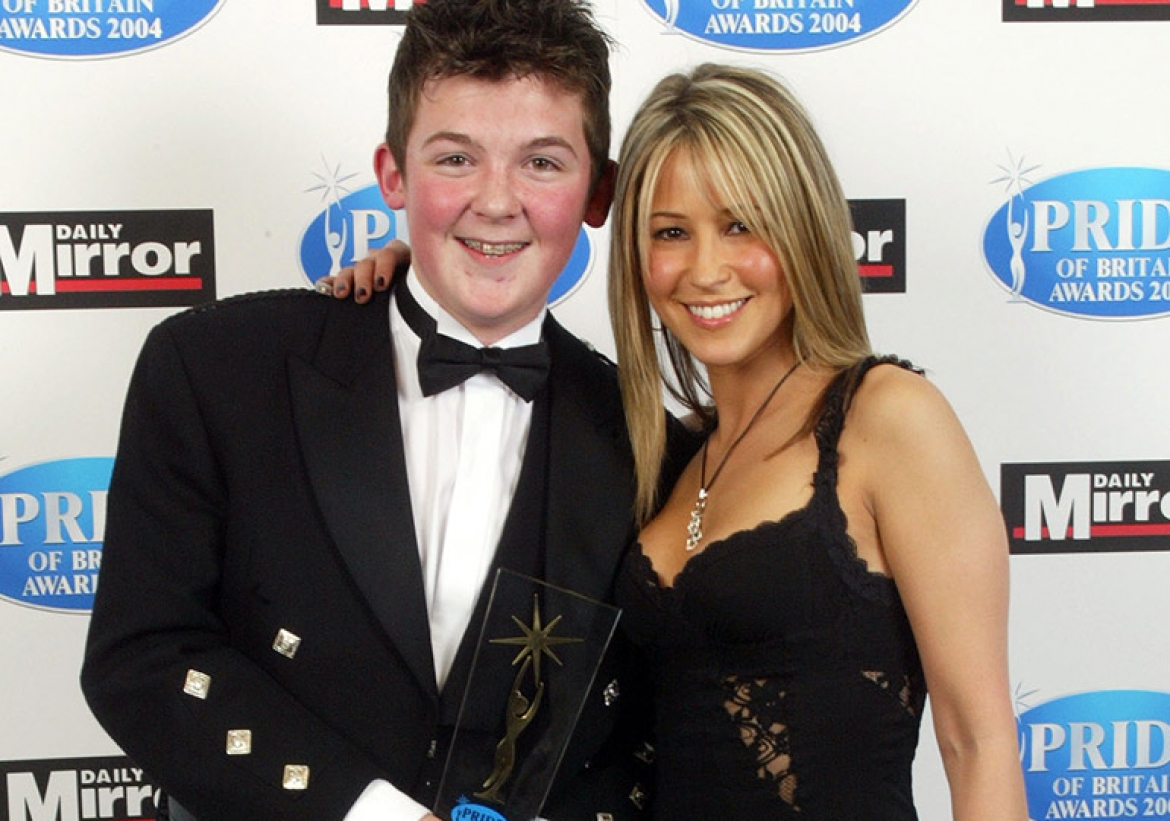 Inspirational teenager Scott is the only member of his family who can hear - and that means this schoolboy helps his profoundly deaf mum, dad and two brothers cope with their silent world.

Scott answers the phone, orders meals in restaurants and helps with trips to the post office, doctor and dentist.

When his mum, who is also blind, wants to go shopping, Scott goes too. When his brothers want to order a burger, they come to him. And when his parents want to visit the bank, they turn to him.

Scott is the family's lifeline, acting as ears to the outside world for his parents, Angela and Iain, and brothers Barry, 16, and Colin, seven, and using sign language to let them know what's happening.

The 14-year-old East Kilbride lad considers signing his first language rather than spoken English - and his dream is for it to be taught in schools just like French or German.

He says,"Signing is so easy to pick up when you're young and the difference it would make to the deaf would be incredible.

"I learned to sign soon after I was born, but I didn't learn to speak until well after that. I didn't speak until I was three or four."

Last year, when he was just 13, Scott took his dad and older brother Barry to Canada to visit relatives, coping with the flights, lost luggage and a foreign country. But to Scott it was not particularly extraordinary.

"I just help my family communicate with hearing people," he says. "I've been doing that since I was born, so to be honest, it's nothing special to me.

"Even though I've had to grow up quite quickly and I have more responsibility, I still do everything other teenagers do. I'm not missing out on anything. I don't really think about what I do. Helping with the shopping, answering the phone - it's all really normal stuff to me.

"People think it's hard for me. But if you think my life is hard it's a lot harder being a deaf child in a hearing family."

His proud gran Elsie Reidy, 65, says,"The whole family is very independent but Scott has opened up new doors for them. He doesn't allow them to live in a silent bubble.

"He enhances their life tremendously. He opens up the world to them. And he's done it all without question."