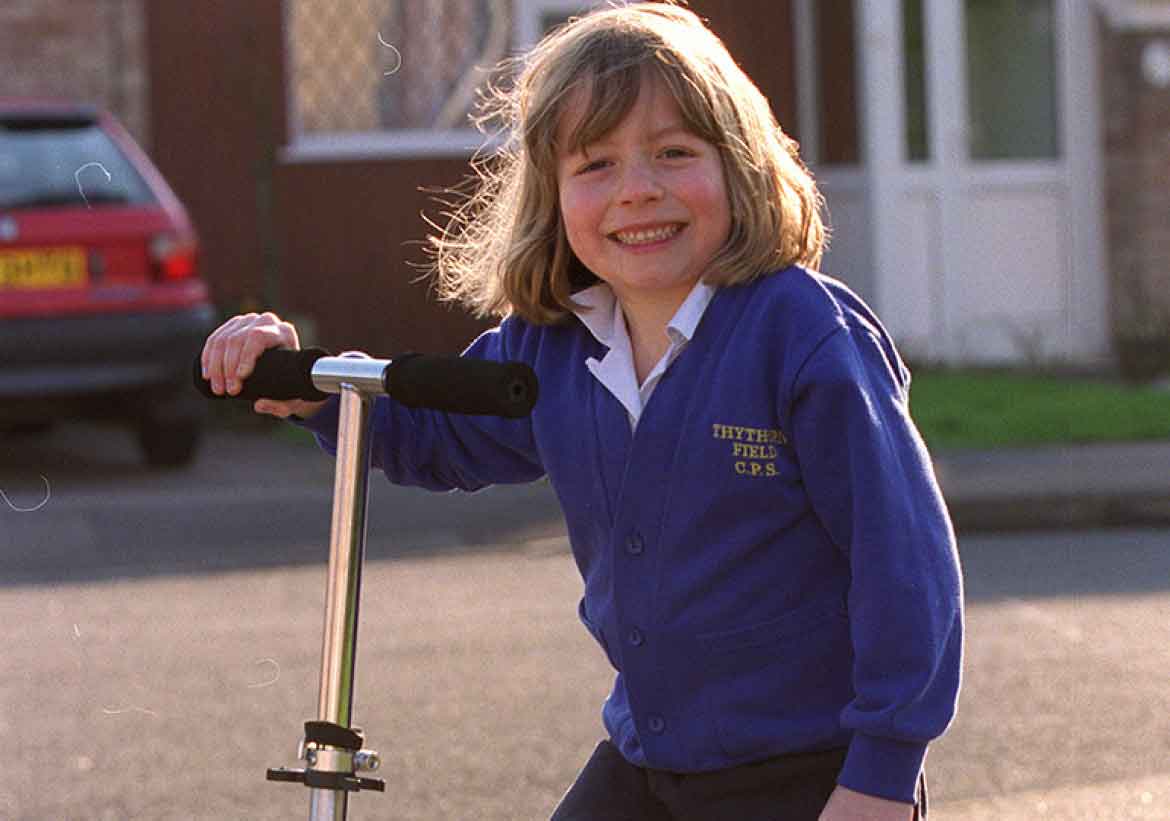 Rachel Edwards loves nothing better than riding her bike and swimming and she dreams of singing with Steps when she's older.  But every little step she takes causes her intense pain.

And as a baby, her parents were told she would never learn to walk, stand or even sit up on her own.

Rachel was diagnosed with cancer when she was just four months old.

Doctors discovered she had a tumour growing around her spine and into her tummy.

At one stage she was so weak her parents were told she was only hours from death.

However, she was left with such severe nerve damage from the tumour and the treatment that followed that doctors told her parents she would be permanently disabled.

So Jayne, 39, and Barry, 42, a postman, from Wigston, Leics, were stunned when Rachel managed to sit up in time to celebrate her first birthday in October 1994.

Under Jayne's guidance, Rachel then practised standing for up to half an hour each day in a special frame.

Despite being in great pain, she never gave up.

She also had regular physiotherapy sessions and, shortly before her third birthday, she took her first step without the frame.

Last year she amazed everyone by starting PE lessons and insisted on entering the school sports day, taking part in the sack race and a football game.

Although she wears splints on her legs and can still only walk 100 yards unaided, Rachel refuses to let her disability stop her doing the things she loves.

She refuses to stay at home, although the pain became so intense last year she had to go to hospital where she was prescribed strong pain killers which she still has to take.

She loves swimming and adores her bike - specially built to help strengthen her legs.

She still goes for regular check-ups to ensure the cancer has not returned.

In February she had three operations on her right leg which has been affected by nerve damage.

Nevertheless, she was out of hospital the following day and back at school four days later, despite having her leg in plaster.

Rachel's deputy head teacher, Ruth Cheney, didn't even realise Rachel had any problems when she first met her.

"She's a happy, chatty girl who gets on with life despite being in pain," says Ruth.

Dad Barry says: "Rachel pushes herself to the limits. Our problem is stopping her doing too much."