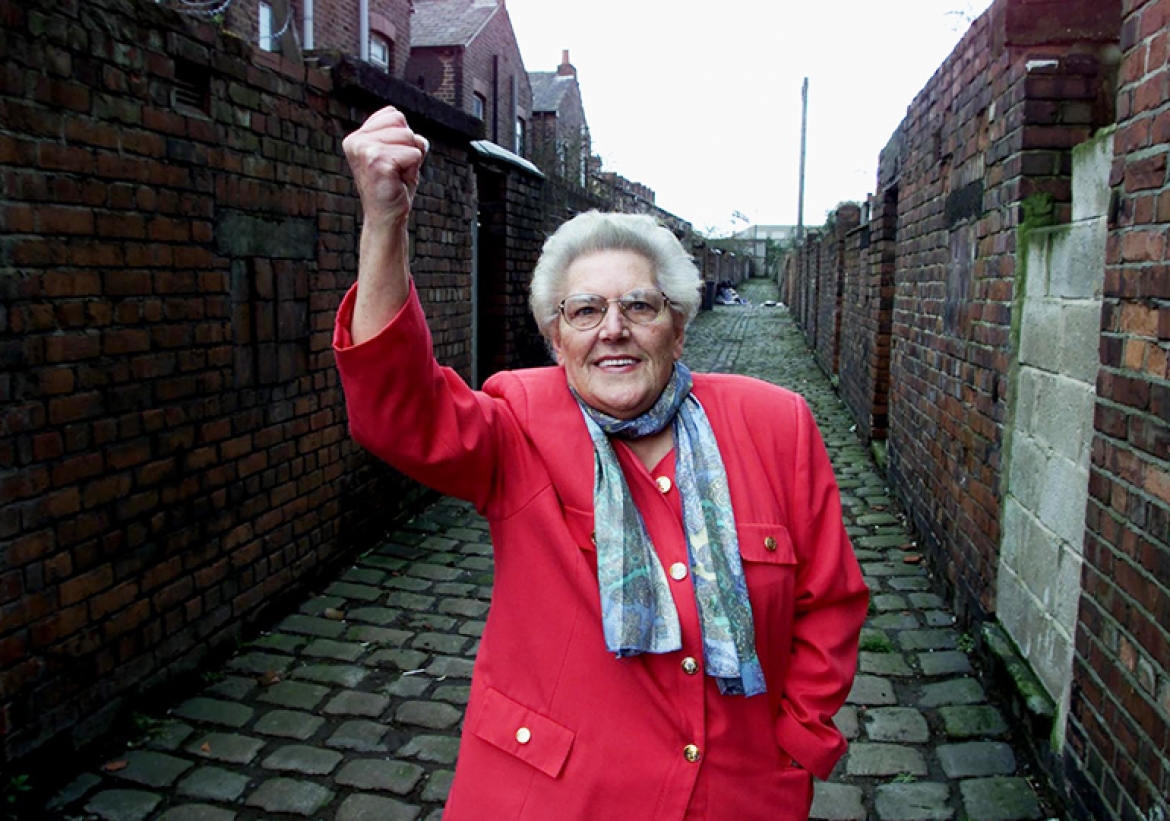 At 79, great-great granny Norah Peyton could be forgiven for wanting a quiet life.  But when drug pushers moved onto her estate, Norah decided to fight back.

Thanks to her astonishing courage and vigilance she has now managed to cut crime in her area of Gorton, Manchester, by 70 per cent.

Norah has lived on the estate for 26 years and been tenants' representative for the last 16.

She first realised her beloved neighbourhood was under threat when gangs of youths on mountain bikes began congregating outside her bungalow.

After watching them for several weeks, she became aware that the youths were dealing drugs.

Determined to protect her neighbourhood, Norah marched over to them and told them: "Get off my estate."

They shouted abuse at her and told her: "If you don't like what we're doing, you'd better move."

Soon her elderly neighbours on the 130 house estate were too scared even to go to the local newsagent.

The gang smashed street lights and ran amok every night. Rival gangs arrived. There were shootouts on the estate and the number of burglaries shot up.

Although she was scared for her own life, Norah knew she couldn't allow the criminals to win.

Every time the gang arrived on the estate, Norah marched over to them, mobile phone in hand and threatened to call the police.

But the gang managed to stay one step ahead of the law.

Each time they disappeared before police arrived.

Over the next six months the verbal abuse escalated to violent attacks.

Fireworks were thrown at Norah's home and she was even shot at.

The bullet missed her by inches, hitting one of her flowerpots.

She was subjected to threatening phone calls in which she was warned that her home would be set alight.

Frightened but undefeated, Norah, who has had two heart bypasses and suffers from asthma, regularly spent the night awake beside her front door with a bowl of water to douse the fireworks pushed through her letterbox.

Finally, after persuading her local MP Tony Lloyd, to see the problem for himself from her front room, Norah shamed Greater Manchester Police into carrying out a surveillance campaign which led to several arrests.

Now the crime rate has plummeted and Norah's courage has been praised by Chief Constable David Wilmott.

He says if more people acted like Norah, there'd be less crime on our streets.

Norah is delighted to know her neighbours can once again enjoy the peace they deserve.

"I wasn't prepared to stand by and watch my neighbourhood being destroyed," says Norah.

"I'm elderly and I'm not in the best of health and sometimes I thought I was mad for waging my campaign. But it just shows, if you fight hard enough, you don't have to let the bullies win."