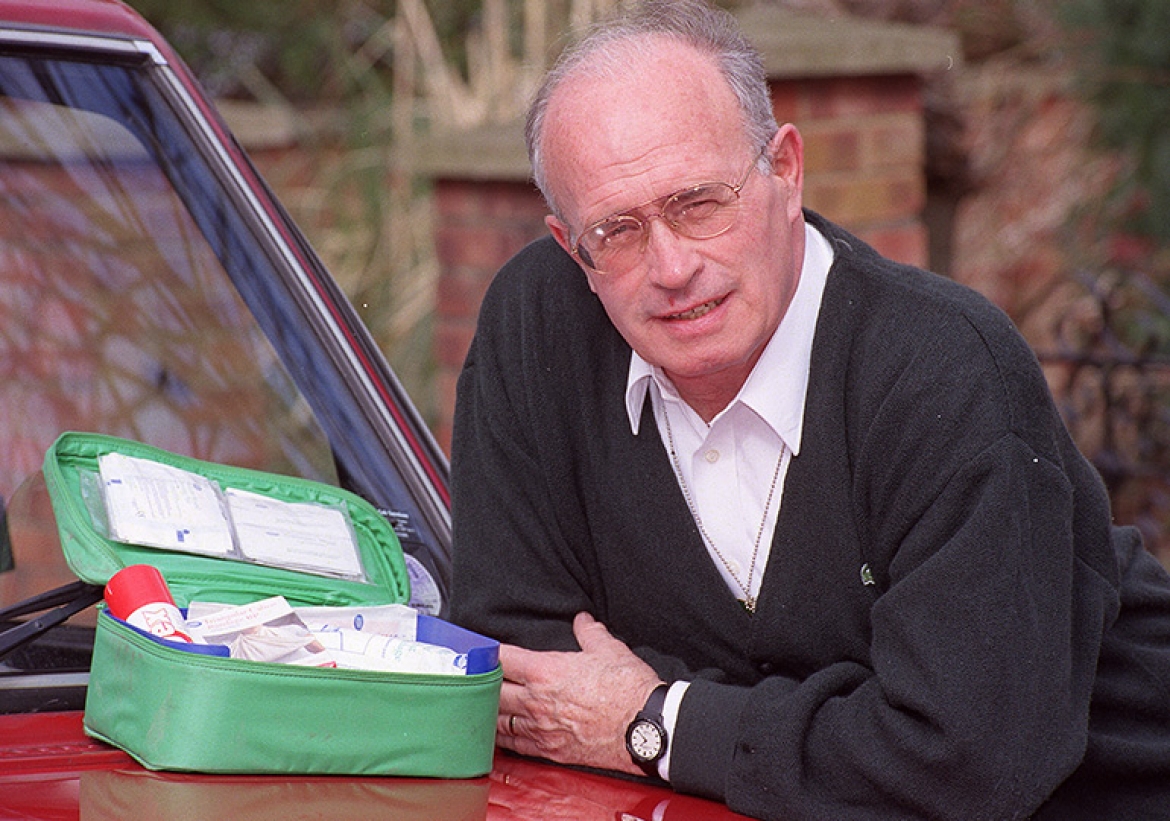 Licenced taxi driver Michael O'Leary was making a routine trip to Heathrow Airport when he spotted a car swerving across the M4 motorway on a deadly collision course with motorists in the fast lane.

The 67-year-old father-of-six, of Willesden, London, had watched the blue Vauxhall Cavalier crawl off the hard shoulder at about 10mph and weave across two lanes as other cars dodged it at high speed.

Pulling alongside, Michael realised that the driver, shopfitter Gordon Richmond, a 43-year-old father-of-three from Belfast, was slumped unconscious in his seat.

He had suffered a heart attack and his foot had lodged on the accelerator pedal in an uncontrollable muscular spasm.

Michael realised he had only seconds to avert disaster.

He sped 200 metres ahead, parked on the hard shoulder, got out, and waited for the out-of-control car to draw level with him.

Then, with astonishing courage, he darted on foot through a gap in the speeding motorway traffic and began jogging alongside Gordon's vehicle.

With cars hurtling past on either side, Michael wrenched open the front passenger door and dived inside.

On his knees in the passenger footwell, he grabbed the wheel and steered back into the middle lane.

Then he dragged on the handbrake to bring the car to a stop in the middle of the motorway and jumped out to direct passing cars away from the hazard.

Michael acted as a human hazard sign, waving away cars as Vincent administered mouth-to-mouth resuscitation to Gordon in the front seat.

Paramedics restarted Gordon's heart and rushed him to an intensive care unit where staff were able to nurse him back to health.

The modest cabbie - who quietly left the scene of the drama to watch his beloved Fulham FC win 2-0 - says he felt he had no choice but to put his life at risk to save someone else.

"I knew it was very dangerous but I could see the man was helpless and I couldn't just leave him to die," says Michael.

"I remember thinking that he was somebody's son or somebody's husband and that I had to help keep him alive."

Gordon's wife Mary says her husband is slowly recovering from his heart attack.

"Michael was incredibly brave and I can never thank him enough," she says.

"Without his actions, there would have been a huge pile-up and my husband, and God knows how many others. might have lost their lives. He's an amazing, special person."