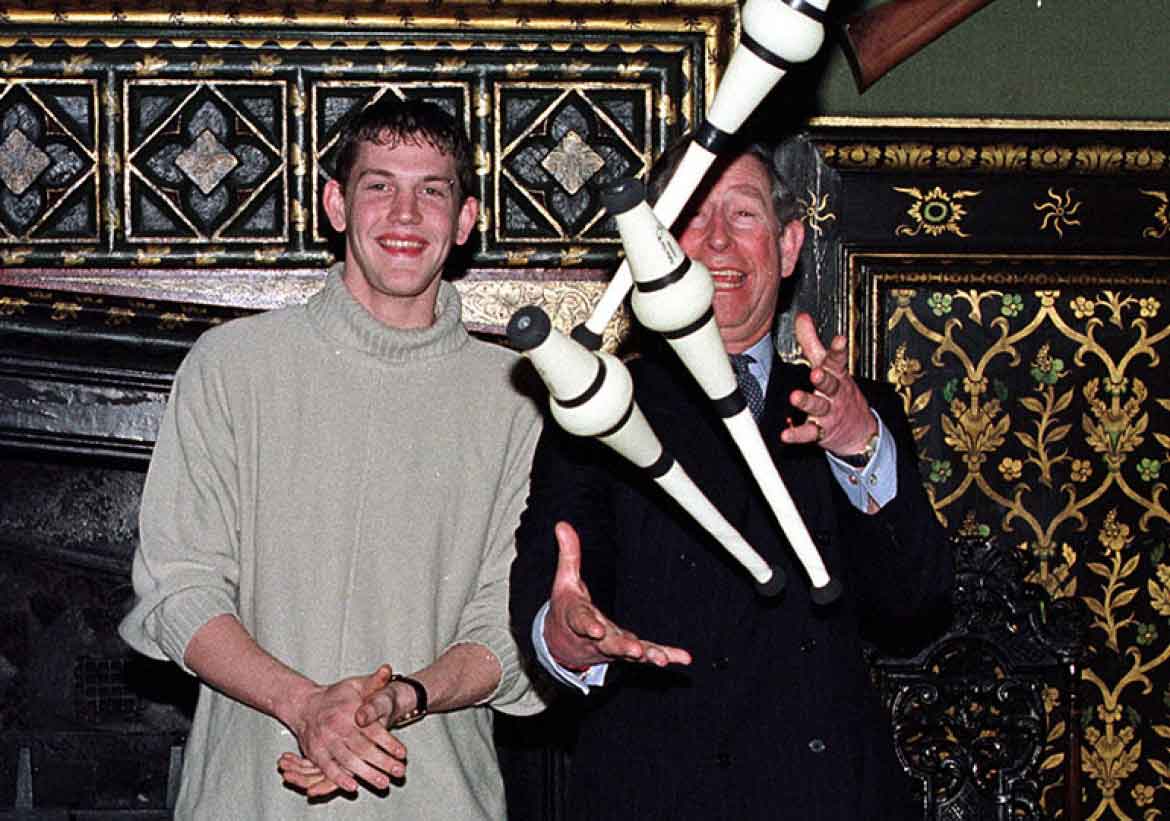 With his leadership qualities and zest for life, Matthew Graffham is a positive influence on disadvantaged youngsters.

The 20-year-old, who plans to take a course in circus skills, even uses his juggling in voluntary workshops to bring young people focus and fun.

Yet Matthew hasn't always been as happy or secure.

Abused as a child, he became a teenage criminal, wanted by police for theft and assault.

He was taken into foster care at 15 and, for the first time, felt loved.

A year later, he got a job at a burger bar that included accommodation and his future seemed bright.

But after being made redundant, he became jobless and homeless.

At a hostel, he found himself surrounded by violent drunks and drug addicts.

Aimless and depressed, he descended the slippery slope to cheap and easily available hard drugs.

Eventually he was thrown out of the hostel and he ended up in Dundee, sleeping in a cardboard box in a multi-storey car park.

Determined to make something of his life, Matthew visited the Job Centre where he discovered that through the government scheme, New Deal, he could take a Prince's Trust 12-week development programme.

Within two weeks, he was elected assistant team leader, and fired other destitute youngsters with his enthusiasm.

With them, he abseiled down a 150ft high building for the RNLI, did a sponsored jailbreak for a children's hospital and painted a disabled boy's house.

In May, Matthew moved into his own home, a resettlement flat in Canterbury, Kent.

A friend taught him to juggle, for which he discovered a natural talent.

Says Matthew: "For the first time in my life, I've achieved something positive. All I'd ever done before were bad things; now I'm putting something back into the community.

When I met Prince Charles I was really nervous at first, and broke a coffee saucer with one of my crystal juggling balls.

But the Prince was charming and even had a go at juggling himself. He asked me what it had been like living rough and how hard it had been to give up drugs, and congratulated me.