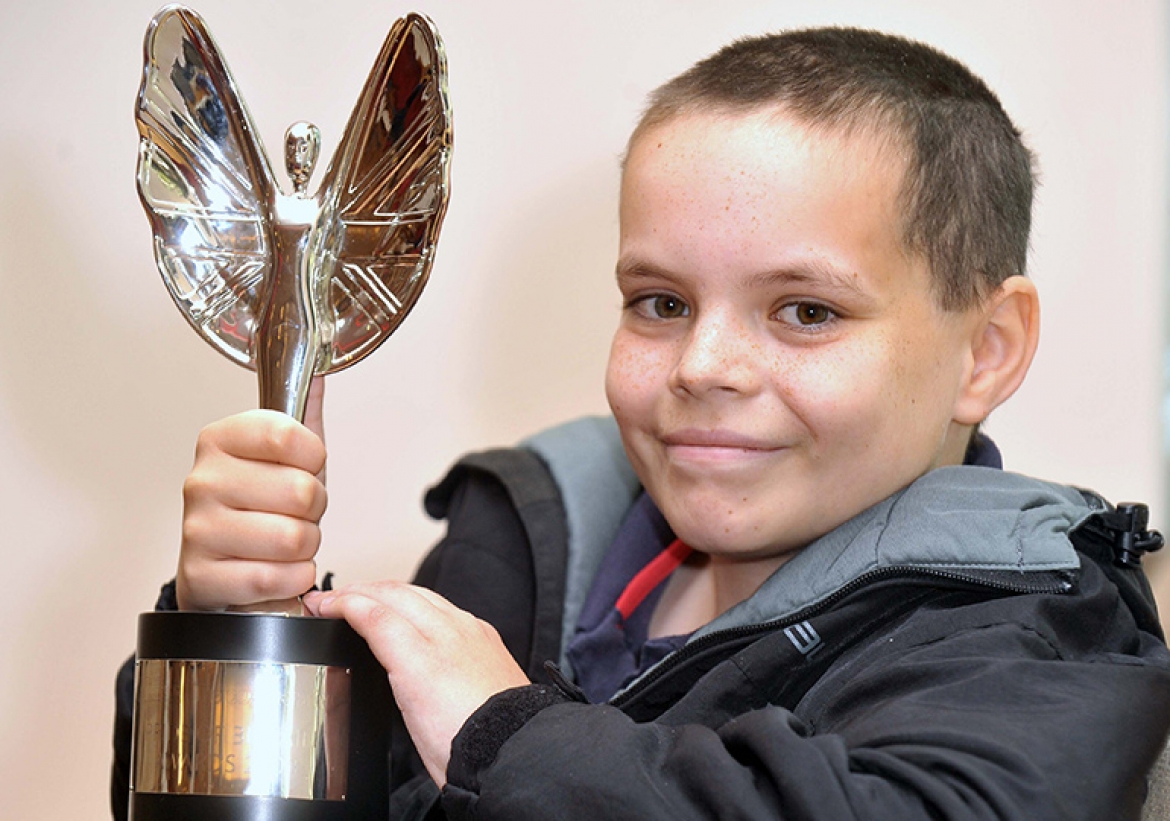 To lose a friend to cancer while battling the disease yourself is unimaginably hard for any young person. But to take inspiration from this and set out to raise £150,000 to help other children with cancer is remarkable.

Liam’s journey began in 2005 when he was diagnosed with a tumour in his left leg at just 10.

During his treatment, Liam became friends with 12-year-old Jack Wilkinson, who was also suffering from cancer.  Throughout their time together in hospital, Jack gave Liam the strength to endure seven courses of chemotherapy, six weeks of daily radiotherapy and an operation to remove his tumour – along with half his thigh muscle.

Tragically, Jack lost his fight with the disease in August 2006.

Devastated, but determined to honour his friend, Liam dedicated himself to raising enough money to pay for a holiday home for families living with childhood cancer, which they could visit between treatments.

"I wanted to make sure Jack’s memory would live on and that we would have something to remember him by that other people could enjoy," says Liam, who lives with his mum Sarah, dad Mark and brother Callum in Soham, Cambridgeshire.

Despite barely being able to walk, he bravely pledged to complete a one-mile sponsored swim in dedication to his friend.

To rally support, Liam, now 13, approached his local radio station, Star 107, who were so impressed by his fundraising efforts they decided to help him reach his £1,000 target by launching Liam’s Mile.

Even before he entered the pool to start his swim, Liam had smashed his original target by reaching an impressive £12,000.

Liam’s dream was finally realised last year when the family-friendly caravan, called Liam And Jack’s Haven, was opened on the East Yorkshire coast. It now caters for up to 30 families a year completely free of charge.

But as Liam set his sights on raising a further £100,000 for children’s cancer charity CLIC Sargent, the family received the devastating news that the cancer had spread to his right lung.

"Liam’s a fighter and we feel blessed to have him in our family," says mum Sarah, 41. "He’s the one who has made us stronger, and just seeing him doing what he believes in makes you value life more every day."

Dr Carole Easton, Chief Executive of CLIC Sargent, says, "Liam is a very remarkable young man. At such a young age, he has had to cope with cancer and has undergone gruelling treatment.

"But instead of focusing on himself and his own suffering, he has been determined to help other children and young people who are struggling through the same difficult journey. He is really quite incredible."