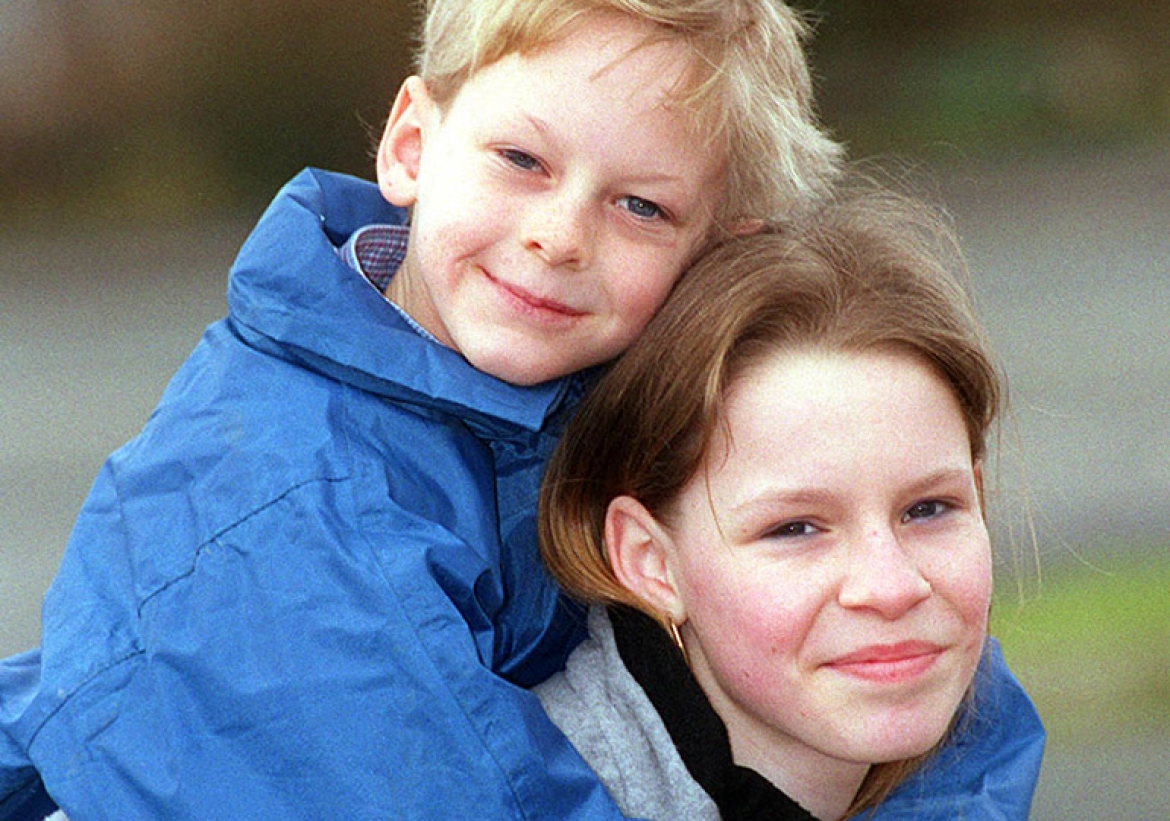 Late one evening last May, 12-year-old Katie-Louise was watching TV with her mother when she heard a loud bang from her brothers' room upstairs.  She dashed up to their bedroom and found Adam, seven, on the floor.

He had fallen out of bed after suffering a potentially fatal reaction to a drug he was taking to combat his asthma.

Now he was lying unconscious and rigid.

While Katie-Louise's other brother, Rhys, nine, was screaming in terror, convinced that Adam was dead, she stayed calm.

She called an ambulance and explained exactly what had happened. Meanwhile, Adam had stopped breathing, his pupils were dilated and he was turning blue.

Katie-Louise knew there was no time to lose.

While her mother, Janet, 37, looked after Rhys, Katie-Louise knelt over Adam and tried to give him the kiss of life.

But, to her horror, his teeth were clamped shut and she could not open his mouth, making the procedure she had seen on TV impossible to carry out.

With the seconds ticking away, Katie-Louise knew she had to find another way to keep her brother alive.

She had never had any first aid training but, with amazing poise, she invented a whole new life-saving technique on the spot.

While compressing his chest, she started blowing into Adam's nose to inflate his lungs.

She carried on for two minutes and by the time paramedics arrived, she had Adam breathing again.

Conscious but terribly dazed, he was taken to Withybush Hospital, Haverfordwest, Pembrokeshire, where he stayed for nine days while doctors carried out tests.

Thanks to Katie-Louise's presence of mind and ingenuity he has suffered no ill-effects after his brush with death.

"There's no doubt Katie-Louise saved Adam's life," says Janet. "While the rest of us panicked, she stayed calm. She's amazing."