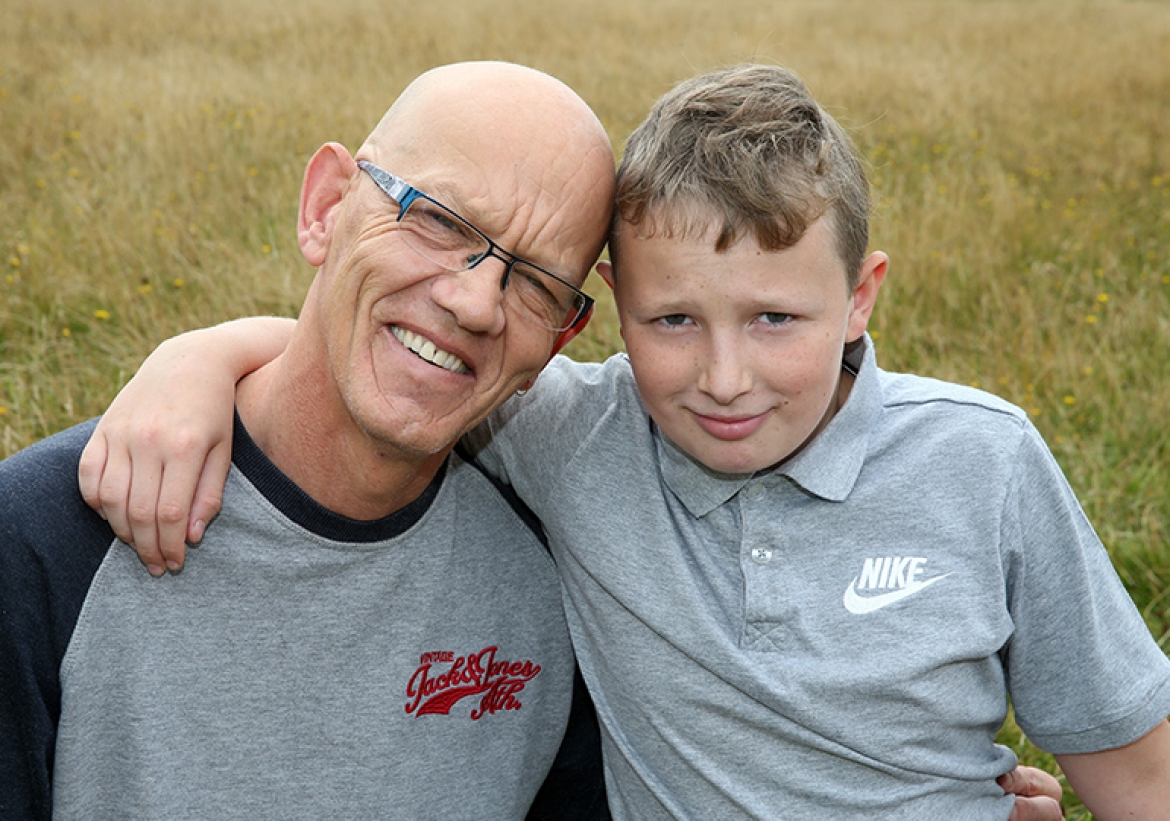 Joshua Williamson feared his father Tommy was dead when he found him slumped on his bedroom floor. His heart had stopped.

The 11-year-old could easily have panicked but instead he showed the clear-headed thinking that one would expect from an experienced medic.

“It was terrifying, I didn’t know if he was alive or not,” says Joshua, whose mind flashed back to the emergency first-aid course he had completed at Sea Cadets a couple of years earlier.

In a heart-rending recording of his call to emergency services, Child of Courage winner Joshua can be heard telling the operator that his dad “looks dead” and that he doesn’t want him to die.

Despite his fear and shock, Joshua desperately pumped his dad’s chest, keeping him alive until paramedics arrived to administer a shock from a defibrillator and used a chest compressor to get his heart going.

“If I hadn’t learned CPR I wouldn’t have known what to do. It’s really good knowing I saved his life,” says Joshua.

Now 12, he thinks all children should learn how to do CPR. He says: “They never know what could happen – they could save lives.”

Tommy, 56, of Leicester, had been complaining of headaches and dizzy spells and had gone to his bedroom for a lie-down.

Doctors have since said that his heart stopped due to myocarditis - an inflammation of the heart muscle that can lead to sudden death, heart failure and cardiac dysfunction.

After weeks in hospital, he has had an internal defibrillator implanted to prevent his heart stopping again, restarting it if it does.

He says: “I keep having to reassure Joshua because he is worried that it could happen again, but now I have this and it will get my heart going again quicker than the paramedics.”

He adds: “It is a bit emotional hearing the 999 call Joshua made.

“I first heard he had done what he had a couple of weeks after it happened because they had put me into an induced coma. I was ecstatic about it and so proud of him. I wouldn’t be here without him.”

Paramedic Rachel Cavill says: “Joshua was watching us as we worked on his dad and asked if there was anything he could do to help. He remained so calm and brave.

“Once we had a confirmed pulse I told Joshua that his dad’s heart was working but that he was still very poorly.

“Joshua’s reply brought a tear to my eye. He just said, ‘Thank you, I am not ready to lose my dad yet.’”

Joshua was so courageous. It must have been incredibly traumatic but he stayed calm and listened to what the 999 operator was saying. He could have run out but he stayed and saved his dad’s life.Cecilia Anim, Royal College of Nursing President