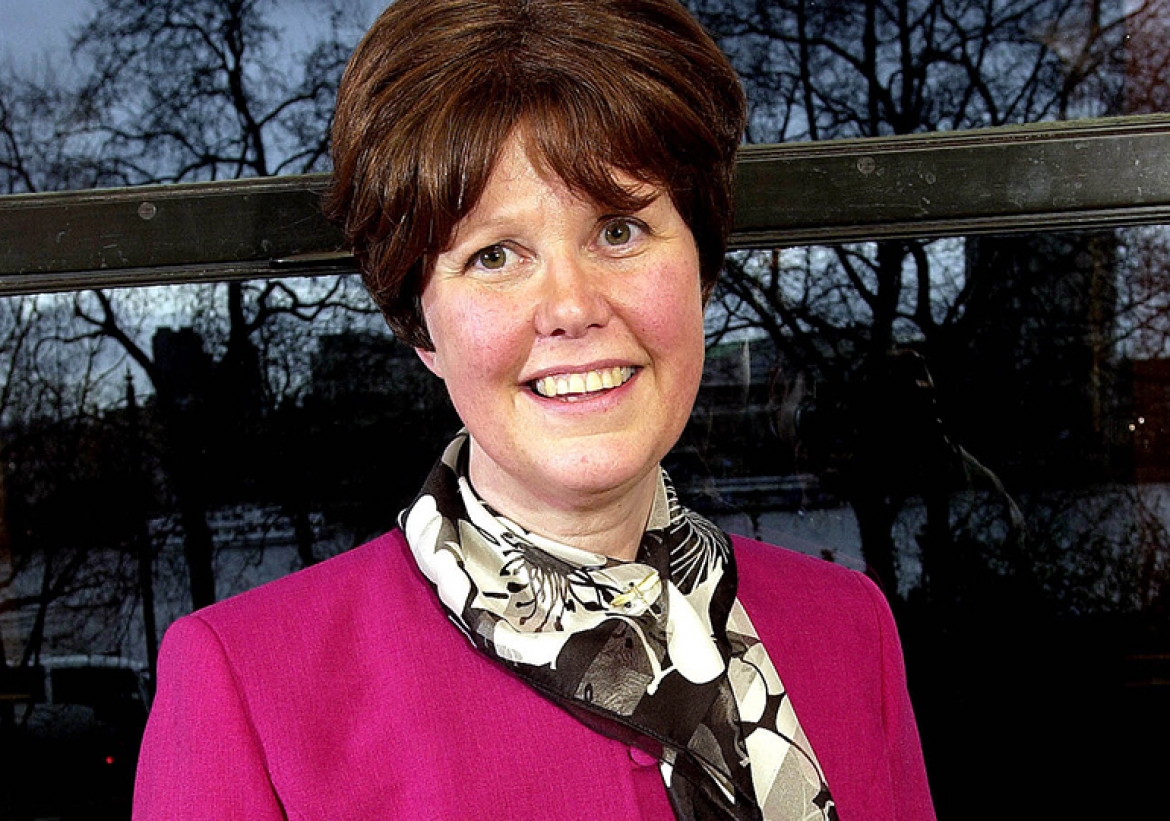 Jill Farwell's beautiful redheaded daughter Katie was three years old and her brother Tom was six months when they were diagnosed with an extremely rare degenerative disorder.

There is no cure and Jill had to watch as they gradually lost the ability to walk, talk or even swallow.

Jill, a former social worker, and her husband Eddie, 50, took it in turns to nurse them 24 hours a day while caring for their younger, healthy daughter Lizzy, now aged 14.

Emotionally and physically exhausted, their salvation was visiting Britain's first children's hospice, Helen House, in Oxford - a four-hour drive away.

Jill, 51, loved Helen House so much that, despite having two desperately sick children to care for, in 1990 she decided to build her own hospice to serve families in the south west.

That Christmas she asked everyone to donate cash instead of giving presents.

Undaunted by a target of £4m, Jill set to work fundraising in her laundry room, avoiding making phone calls when the washing machine was spinning.

She sent out leaflets and rang everyone, from local businesses to Brownie groups.

With no experience of fundraising and describing herself as a nobody from nowhere, Jill's passion created a tidal wave.

Money flooded in and TV presenter Martyn Lewis agreed to be a patron.

In 1991 Katie died, aged 11. Despite her grief, Jill redoubled her efforts, travelling thousands of miles a week from her home near Lands End to Bristol to raise funds.

The home, which has eight beds, offers terminal care for youngsters with illnesses  ncluding cancer, muscular dystrophy, cystic fibrosis and heart disease while providing rooms and facilities for their families.

A 40-strong care team offers friendship and support in an environment that is as near as possible to a happy family home.

In a chapel of rest, families can celebrate their child's unique personality. One little girl wanted to be Snow White - so she was covered in rose petals when she was laid to rest.

A little boy wanted his coffin to be carried in a stretch limo.

Despite being diagnosed with breast cancer on her 45th birthday in 1995 andstill undergoing chemotherapy, Jill and her team manage to raise over £2m every year to keep the hospice going.