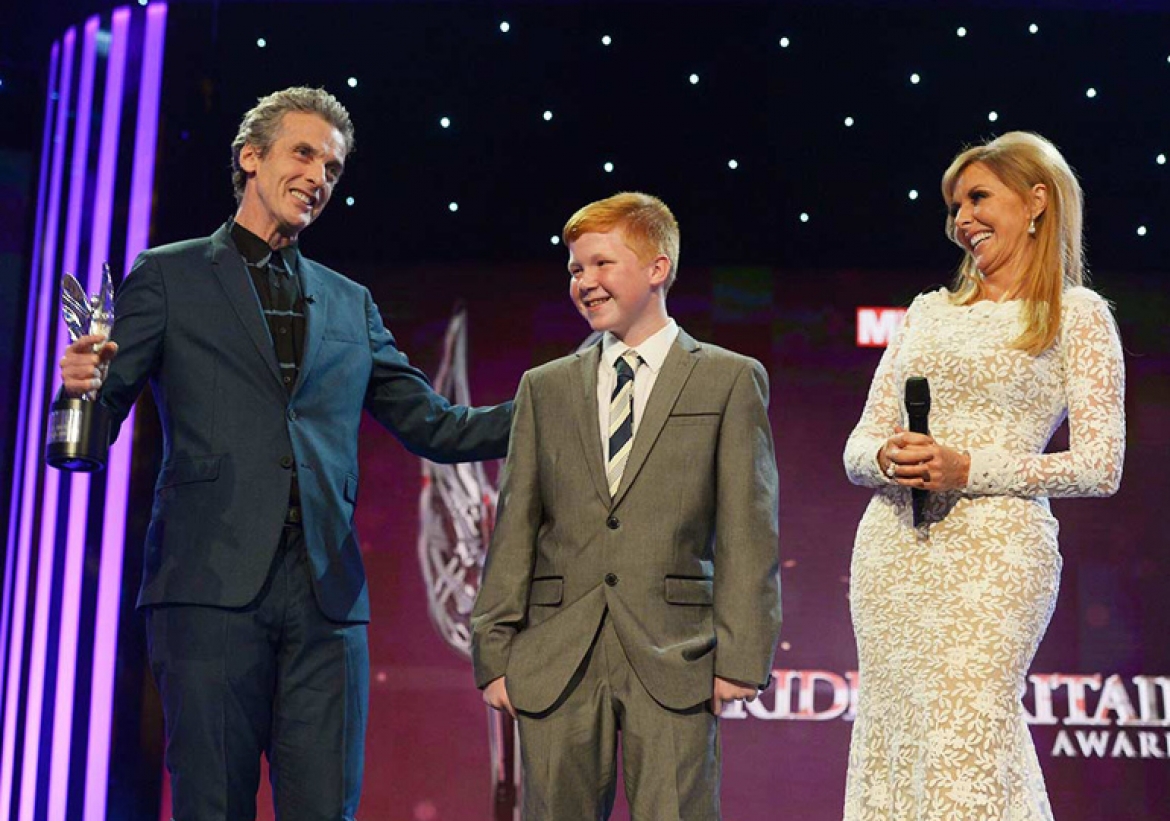 Jack, 11, will be honoured at the Pride of Britain Awards 2014, after he saw the bull mastiff attacking his mum and baby brother, and couragously made himself a target instead.

Football-mad Jack Mackay was kicking a ball around with some pals outside his home when he heard a scream.

As he turned to see what was happening, he spotted an out-of-control bull mastiff dog launching a frenzied attack on his mum and baby brother.

His mother, Lucy, 29, was screaming and holding baby Jacob high above her head as the animal launched itself at the pair.

Recalling the terrifying incident, Lucy says: “All the kids were playing and I was watching them with Jacob in my arms when this huge dog slipped its lead and began running around. This thing looked like a horse and my baby started crying and this dog just zoned in on the sound and charged for me. It was going for Jacob.”

Terrified Lucy began screaming and tried to run as the dog leapt up at her, biting her hip and snapping its jaws just centimetres from eight-month-old Jacob’s legs.

As her screams and Jacob’s cries sent the dog into a frenzy, the owner shouted that making noise would only make it even more aggressive.

With shocked children and neighbours in Eltham, south London, watching in horror, Jack, 11, instinctively knew what he had to do.

Without a thought for his own safety, the youngster ran towards the dog, shouting and waving his arms to lure it away from his mum, making himself a target instead.

His brave plan worked, as the dog left the pair alone and chased Jack into a neighbour’s garden, but now Jack was under attack. Lucy remembers: “The dog suddenly let us go and went for Jack and leapt on top of him. He didn’t have any time to do anything.

“It was horrific. I saw the dog on top of him and biting him. It looked like it was ripping his face apart. I didn’t know if it was eating him or not.”

It was at this point that Jack’s father, Martin, 33, arrived on the scene and rugby tackled the dog, pulling it off his son and bundling it into a neighbour’s hallway.

Lucy, who had run into the family’s own house to keep the baby safe, emerged to the sight of her son sitting on the ground, his face covered in blood from a head wound.

She says: “He said to me he was OK and the dog had just licked him, but there was a large chunk of the side of his face taken out.”

Jack was taken to Queen Elizabeth Hospital in Woolwich before being sent to St Thomas’ Hospital, where he underwent plastic surgery for wounds to his face and arm.

Jack says: “I saw this massive dog jumping up at my mum and brother and I just ran towards them. I didn’t have time to think, I just wanted to stop it attacking them.

“I don’t know what would have happened if the dog got to my brother. I keep asking my mum when my scars will go, but she tells me I should be proud of them because when someone asks how I got them, I can say I saved my mum and brother’s lives.”

It’s funny but Jack is not the sort of boy I would imagine doing something like this. There were about 30 other kids – many a lot older – who did nothing.

I am so proud of him. If he had not come in then that dog would have kept going until he got Jacob out of my arms and he would not be alive today.

View the embedded image gallery online at:
https://prideofbritain.com/history/2001/jack-mackay#sigProId54256ac2ee
Tagged under