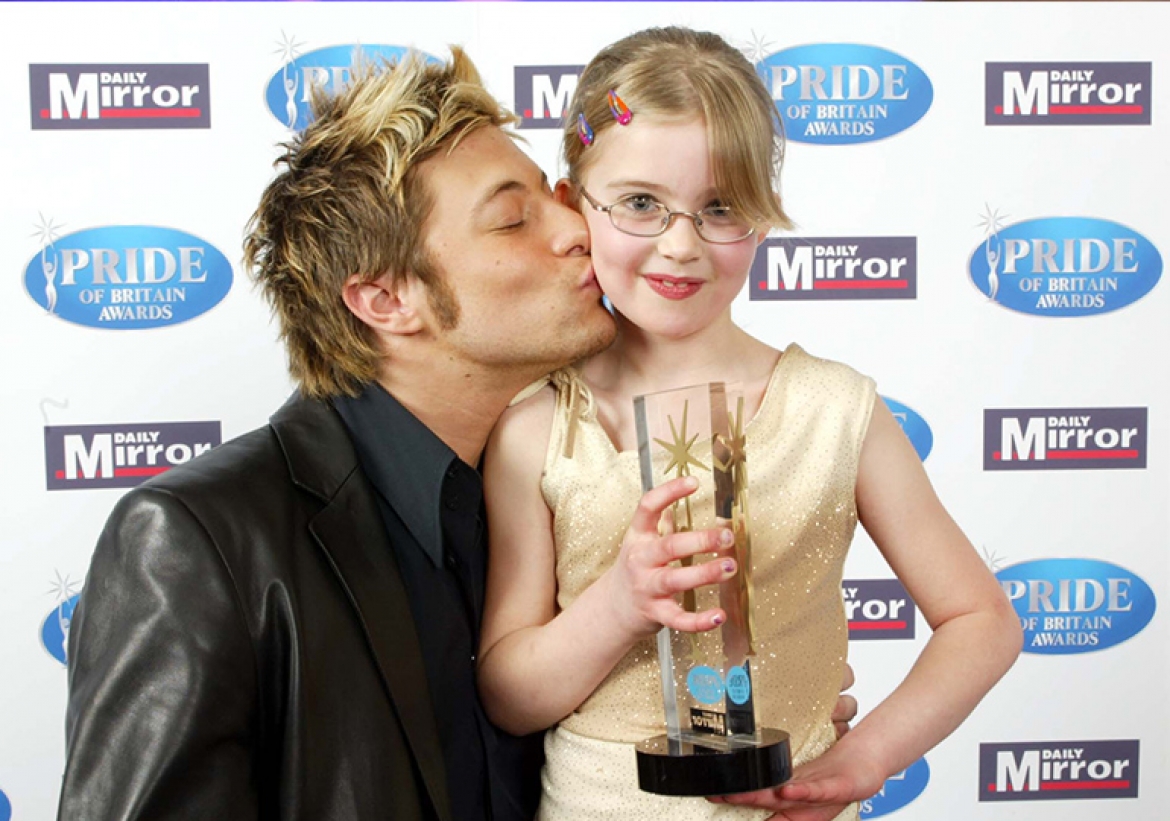 People who meet Holly Lishman often remark upon what a happy-go-lucky little girl she is.  But Holly has been through an ordeal so terrifying that her parents feared she might never smile again.

When she was five, she saw her father, David, being savagely beaten with a spade as he lay in bed. Most children would have run away, but Holly kicked out at the attacker.

It saved her dad, but it meant the maniac turned his attention to her, almost costing Holly her own life.

David, 30, says: "We still don't know why he attacked us that night in March 2000. He was a friend of mine with drink problems."

Unbeknown to David, the man had stolen keys, to David's home in Preston, Lancs. He says: "We were both asleep when he sneaked into my room and started hitting me with the spade."

Holly was woken up by her dad's screams and ran into his room. "Holly started pulling at him and kicking him. He pushed her to the ground, shoved a handkerchief in her mouth and started to strangle her.

"She later told me she saw stars and fell asleep, when in reality she had been strangled until she was unconscious."

The attacker then fled before Holly came round and dialled 999. Their attacker was caught and later jailed for life.

David needed nine operations to rebuild his face. He is well aware he owes Holly his life. Holly, now aged eight, says: "All I wanted to do was save my daddy."