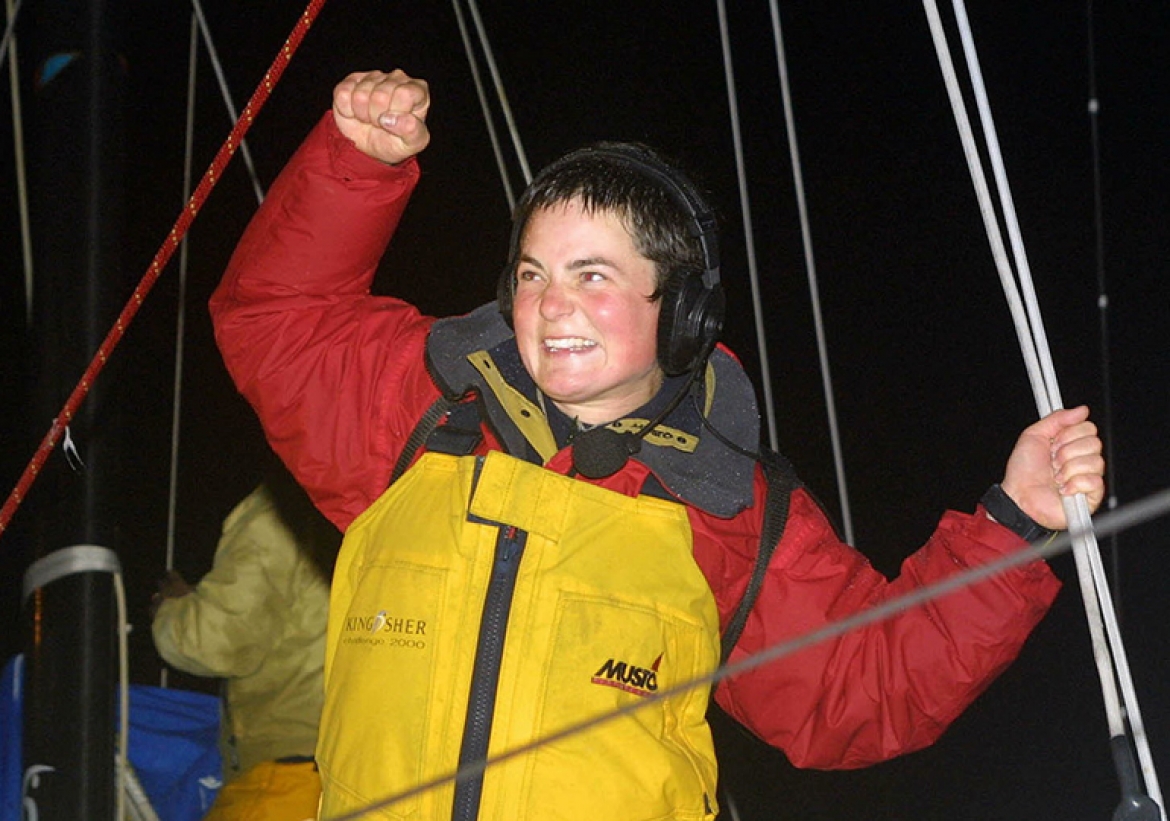 At the age of four, Ellen MacArthur began messing around in boats with her aunt.

By the time she was eight, she could navigate her little sail boat down the local river and was showing all the signs of becoming a talented natural yachtswoman.

But no-one could ever have suspected that she would become the most talked-about and admired woman sailor in the world at the age of 24.

Ellen sailed into the record books when she crossed the finish line at Les Sable D'Olonne, France, in February at the end of the gruelling 26,000 mile Vendee Globe solo round-the-world race.

Her 60-foot yacht Kingfisher was battered and bruised from 94 days, four hours and 25 minutes of mountainous seas and howling winds and Ellen was utterly exhausted.

She had just become the fastest woman, the second fastest single-handed sailor as well as the youngest person to sail around the world.

Her tears of exhaustion and frustration as she battled alone with terrifying storms and broken masts in the Southern Ocean, allowing herself only 20-minute catnaps for weeks on end, won hearts across the globe.

Ellen's parents, Ken and Avril, of Whatstandwell, Derbyshire, and her aunt Dr Thea Lewis, who taught her to sail on the River Crouch in Essex, all believed the determined youngster would grow out of her love of sailing.

Instead, Ellen, who lives on the Isle of Wight, has already become one of the great British achievers of the 21st century.

She may be back on shore at the moment, but as she said recently: "My heart will always be out there on the ocean."