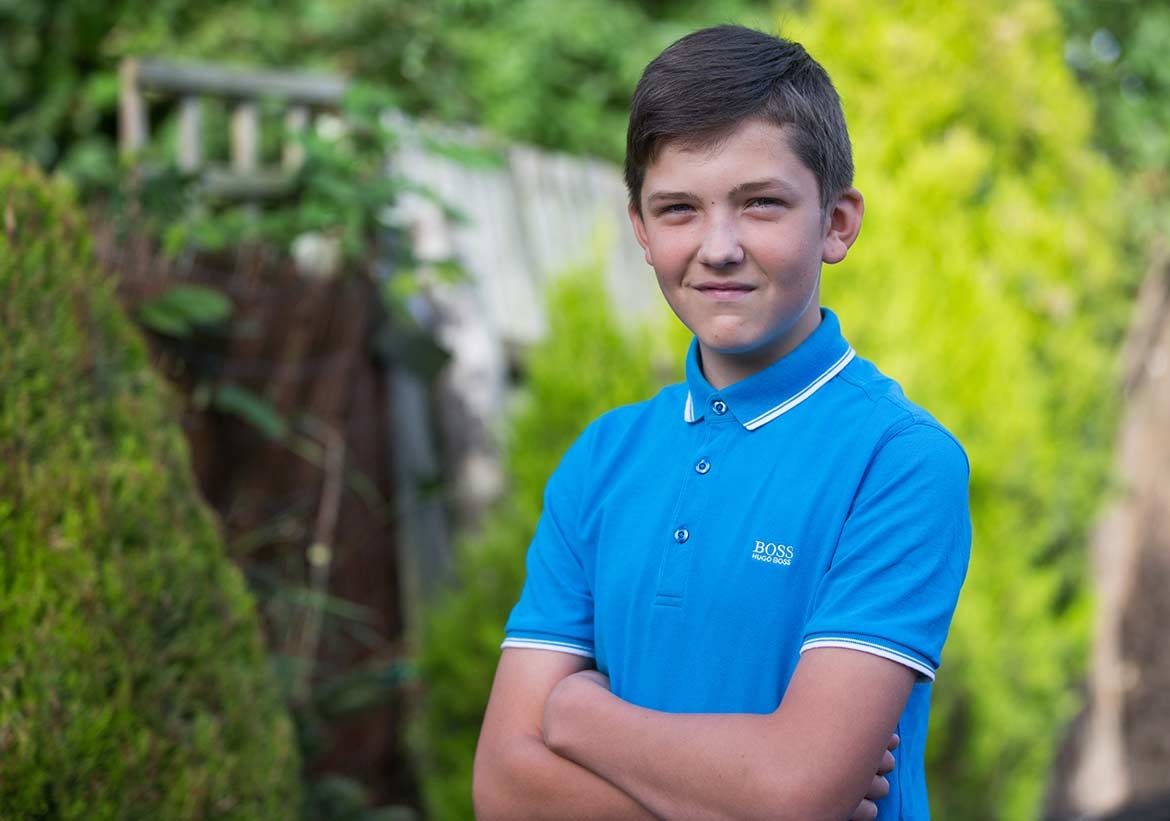 Schoolboy risked his own life to save his friend, pushing him out of the way of a runaway car and taking the brunt of the impact himself

Dylan was walking home with pal James Yeadon when he was faced with a split-second life-or-death decision. A Vauxhall Vectra with no driver had mounted the pavement and was careering towards them, gathering speed all the time.

Without a thought for his own safety, the 12-year-old shoved his friend James out of the way and took the full impact himself.

He was dragged under the car, which police believe had a faulty or unsecured handbrake, and was trapped when it hit a fence.

He says: “The car was going quite fast and I had two seconds to react. I didn’t have time to think, I just pushed James out the way. He’s a lot smaller than me and he would have been killed if it had hit him.

“I was dragged under. I said to James to get my mum. I thought I was going to die.”

They were a few hundred yards from Dylan’s home in Bradford.

Dylan’s mum Natasha says: “James ran to my house shouting that Dylan had been run over.

“I went outside and I couldn’t see him. All I could see was the car on the pavement.

“Fortunately, Dylan managed to keep his head up as he was dragged along, because he knew he would have been killed if it had touched the ground. He was trapped underneath in the foetal position, stuck behind a wheel.

“It was absolutely horrendous.”

Natasha, 37, held Dylan’s hand as he lay trapped under the car.

She says: “Dylan is normally a typical young lad but he said, ‘Mum I love you’ three times while he was trapped. He thought he was going to die, but he stayed calm and didn’t cry or moan.”

The Manchester United fan suffered back injuries, broken ribs and a fractured pelvis, was off school for eight weeks and has had to give up football while he recovers.

But his first thought in the ambulance was to ask after James.

Natasha says: “It was only after Dylan went to hospital that he told me what had happened, I think he thought he was going to get in trouble at first.

“Dylan had literally seconds to react but he saved James’ life and I’ll always be proud of him.” James, also 12, says of the accident in January this year: “If he hadn’t pushed me out the way, I would have been killed. He’s my hero.”

Dylan represents a form of courage that many adults might not show, let alone a child. Instead of running or screaming, he pushed his friend out the way. He saved his life and was very badly injured himself. It’s extraordinary.Pride of Britain judges

View the embedded image gallery online at:
https://prideofbritain.com/history/2001/dylan-graves#sigProId363d3ab421
Tagged under