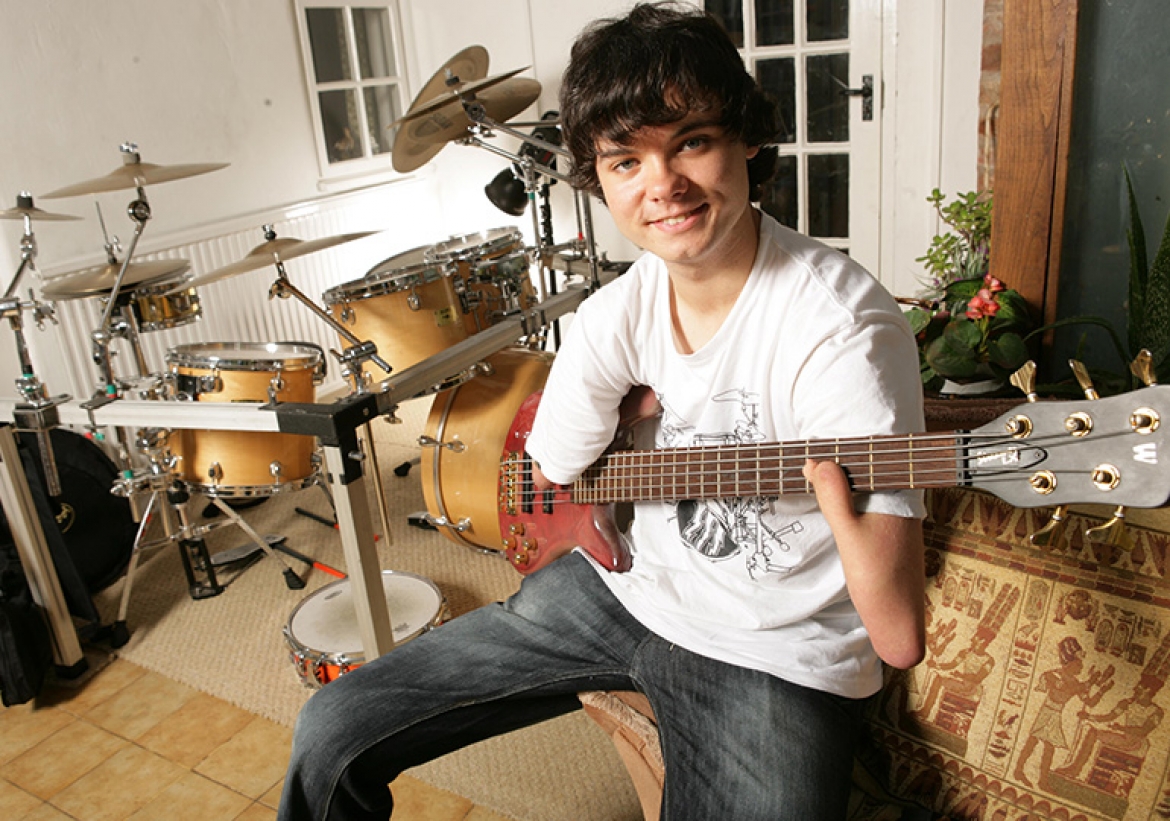 Cornel was born with no lower arms and one of his legs severely deformed but has not let his disability stop him from living life to the full.

Soon after his birth in Romania, doctors took him from his parents and put him in an orphanage, saying he would probably die after a few days.

But aid workers Doreen and Ken Munn did not want to give up on the little boy and brought him back to Worcestershire where their local BUPA hospital offered free treatment and Cornel's deformed leg was amputated.

Romanian parents. Cornel says he "loves both sets of parents very much".

The remarkable lad is now 12 and thriving at a mainstream school. Despite having no lower arms he can write as fast as anyone else in his class.

Doreen says: "He constantly amazes me, everything he does is done with such enthusiasm and he always gets such great results."

When he was four Cornel tried a prosthetic arm, but not comfortable, he adapted to life without it.

He says: "Life would be more difficult with the arms because they were too heavy and I couldn't cope. I get on fine with every day things without them, I can write, draw, play the drums, anything - so it's not a problem."

Amazingly Cornel has proved he really can do anything. Ignoring his own disabilities he has raised thousands of pounds for charity through a series of fundraising events.

Last year he was particularly touched by the plight of Iraq War victim Ali Abbas and wanted to do something to help him and other children in the war.

He says: "Because I have no arms myself I sort of had a feeling of what he was going through - although it was worse for him as he had arms before.
"But I knew he might need help in the future so I decided to raise some money through a sponsored swim."

Cornel's mum was thrilled that her son had won a Pride of Britain award, she says: "I had to sit down when I heard, I'm so proud of him."

Cornel says: "It was totally unexpected, it was just such a great surprise."