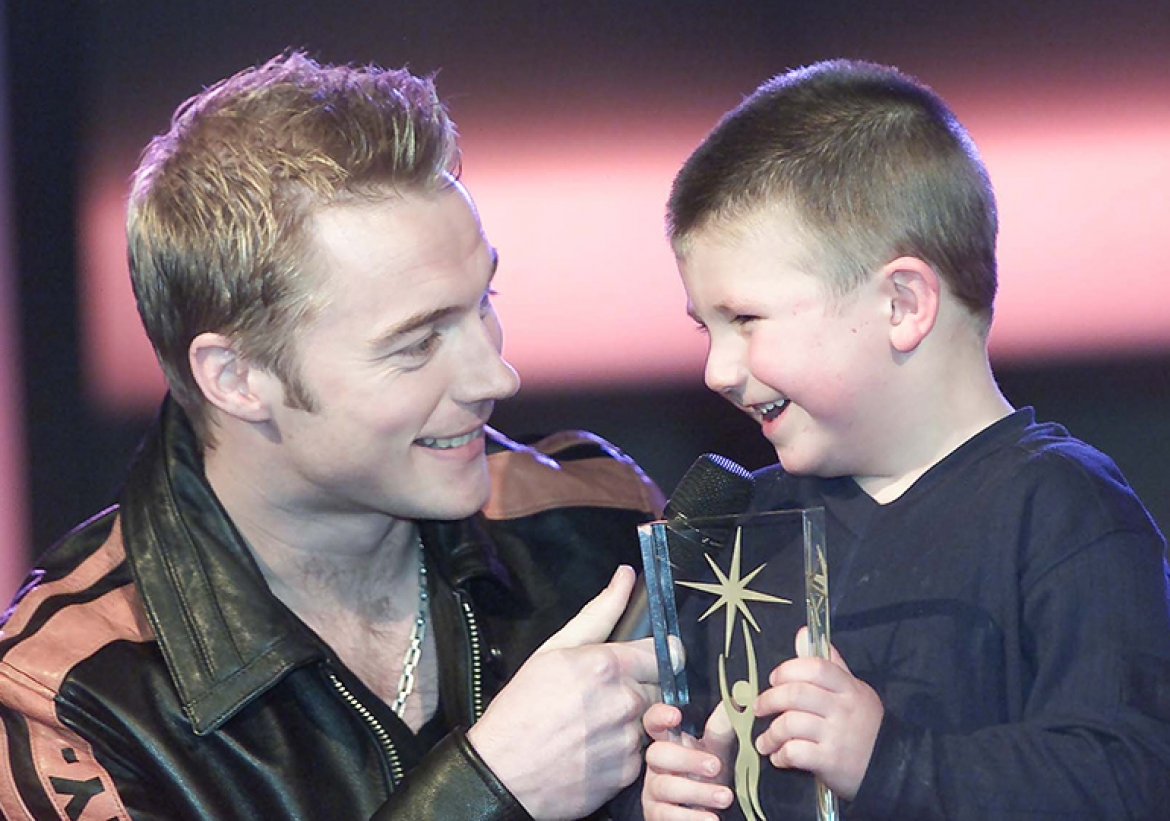 It was a chilly January evening and three-year-old Connor Carr had just come home from nursery with his mother, Debbie, in Rowlands Gill, Tyne and Wear.

After taking off his coat, he settled down to watch his favourite MTV music channel.

Minutes later Debbie got up from the sofa to fetch Connor a drink and collapsed with an epileptic fit.

Debbie had been diagnosed with epilepsy only three months earlier.

Connor had never been alone with her when she had had a fit. And he was so young that Debbie hadn't told him what to do if it ever happened.

Although he was naturally very frightened, Connor managed to stay calm. The front door was locked and bolted and Connor was too small to unlock it.

Trapped inside, he knew his mother's life depended on him.

Connor has always been passionate about phones and his favourite toy is a brightly-coloured pretend phone.

Although he had never been taught how to dial the emergency services, he fetched his mum's mobile from the table.

Then, remembering what he'd seen from watching Casualty on TV, he dialled 999.

He told the emergency services: "My mum is lying on the floor. She needs an ambulance."

Fortunately Debbie had taught Connor his address in case he should ever get lost.

The operator told Connor to cover Debbie with a blanket. Without panicking,

Connor went upstairs and dragged a blanket down from her bed.

After tenderly covering his mum, he dashed back to the phone for further instructions.

During the next 30 minutes until help arrived, Connor kept a vigil over his mum.

Following the operator's instructions, he watched her chest to check she was breathing.

After breaking a rear window to get inside, the ambulance crew and police officers found Connor crouching protectively over Debbie.

They managed to bring her round and then told her about Connor.

Without his help, Debbie would have risked choking to death.

"At first I didn't believe them," says Debbie. "Connor's always been very outgoing and chatty but I never imagined he'd know how to cope with an emergency like that. I'm still amazed, but terribly proud of him."

Connor, who doesn't start school until September, now dreams of becoming an ambulanceman when he grows up.