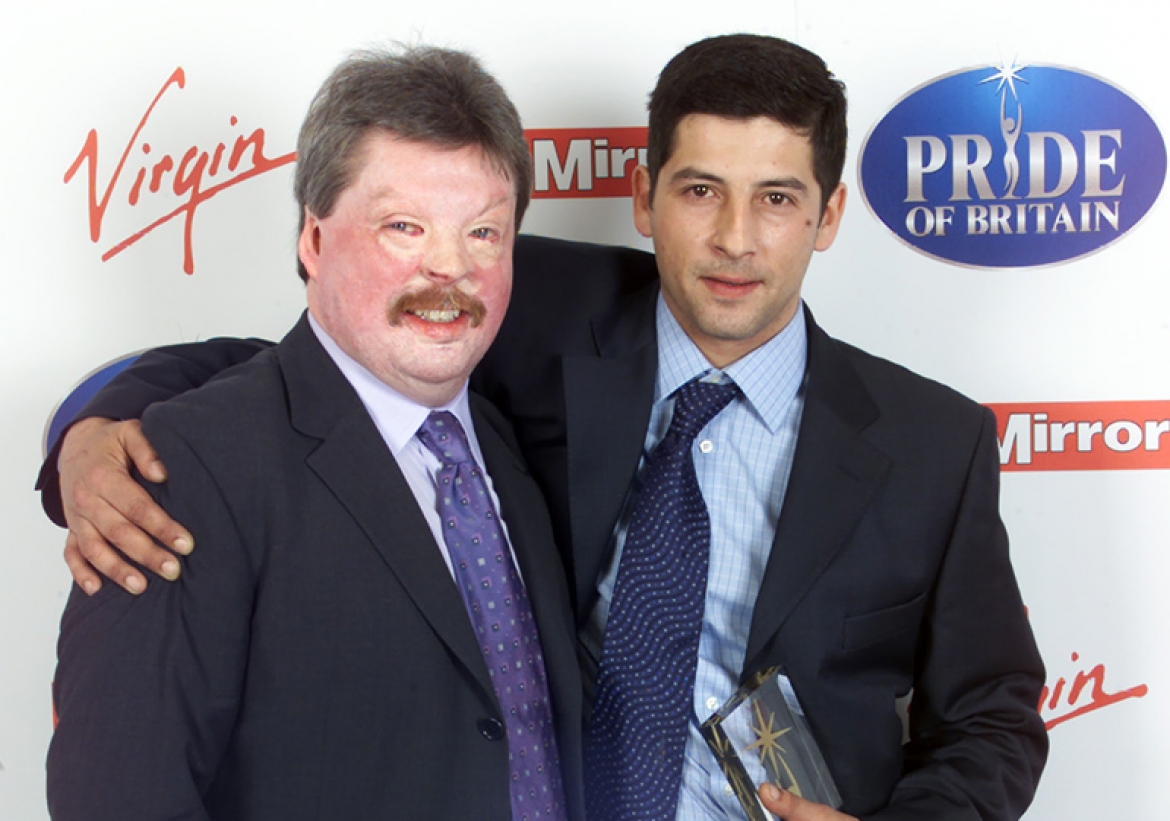 A raging fire in a house would terrify anyone. But it holds a particular fear for Brian Krishnan.

But his four-year-old sister Gillian died in the blaze and the 31-year-old electrician has never forgotten the pain of that loss.

One day in February Brian was dropping off a friend at his home in Carshalton, Surrey, after a fishing trip when he smelled smoke.

"I knew immediately that it was a house on fire," he says.

"I'll never forget that smell. It brought memories of the day my sister died flooding back."

Brian ran to a nearby terraced house where he saw through the kitchen window roaring flames filling the room.

Inside, Sonya Flood, 27, had been accidentally locked in the bathroom by her playful 21-month-old son Benjamin while a chip pan burst into flames on the kitchen stove.

Now Sonya, Benjamin and his 10-month-old sister Charlie were trapped inside the blazing building.

Kicking open the front door, Brian was confronted by a wall of choking black smoke and a blast of heat.

"I was terrified but I could hear children screaming and their mother crying for help," he says. "I knew I couldn't let what happened to my family happen to someone else."

While neighbours shone torches into the gloom, he crawled on his stomach into the inferno.

In a smoke-filled corridor, he spotted little Benjamin by the glow of his luminous socks, grabbed the toddler and dragged him out of the house.

Brian was temporarily blinded and choking and got out by following the sound of shouting voices outside.

Then he went back inside again. Following the sound of crying in the terrifying darkness and heat, he found baby Charlie sobbing on her bed and carried her to safety too.

For a third time Brian, accompanied by another neighbour, crawled back into the house, using a small axe to try to hack down the door to reach the children's mother.

He was still chopping at the door amid the heat and fumes when the fire brigade arrived to help rescue Sonya.

Outside, Sonya gave Brian a huge hug. "I was in tears," he admits. "I can't bring my sister back. But at least I stopped the same thing happening to anyone else."

Sonya says: "I would have lost my children and probably died myself if it hadn't been for Brian. I'll never forget what he did and I'll never be able to thank him enough."