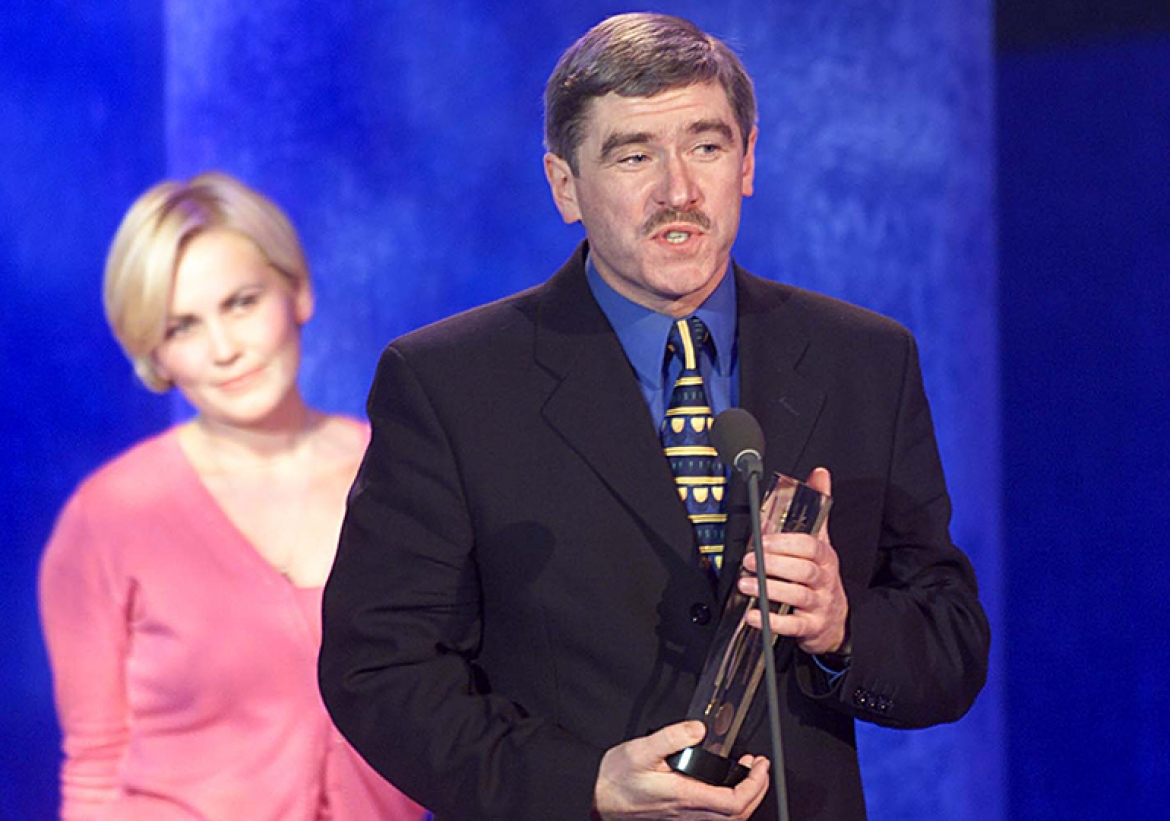 Tom Tracey was leading a Sunday morning congregation in a psalm when the pastoral scene was shattered by a naked madman.

Wielding a razor-sharp samurai sword, the maniac burst into St Andrew's Church in south London and proceeded to run amok. He slashed wildly at people and caused horrific injuries to those unable or too infirm to get out of his way.

Tom, 40, an off-duty policeman, realised that something had to be done to stop him - and fast.

Although his 13-year-old daughter Danielle pleaded with her dad not to get involved, the courageous PC ripped a metal pipe from the organ and felled the madman with a single blow to the back of the head.

Then he pinned him down, with the help of other members of the congregation, until outside help arrived. Eleven people were injured in the terrifying attack, several seriously.

"I was very scared," admits Tom. "When I started to approach him I heard my daughter calling, `Dad, no.' But you've got no option - and I'd do it again."

The full horror of what might have happened but for Tom's intervention was brought home in January this year, when another maniac injured Liberal Democrat MP Nigel Jones and killed his assistant in a similar attack.

Tom adds: "One minute we were praying, the next there was mayhem. It was like your worst nightmare."