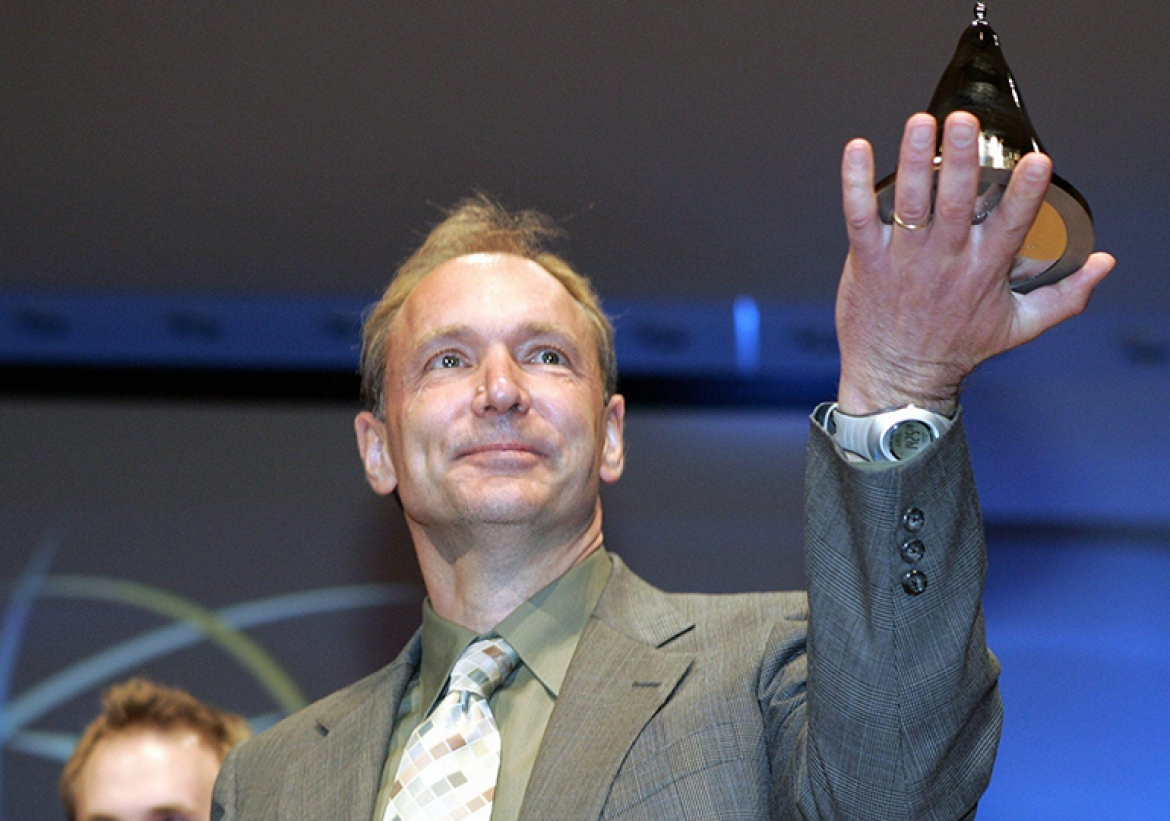 Tim Berners-Lee is one of the most influential men in the world but although millions of people use his invention every day, few have even heard of him.

If 1999 was the year of the Internet revolution then Tim, 44, truly deserves recognition -- because he invented the WorldWideWeb. And what's more, he's British.

He developed the whole process and terminology that we now use and take for granted in everyday life. The impact his work has made across the world is amazing.

Every time you click on a blue-coloured underlined word on a website you are using Tim's invention. He invented HTML, the language of the Internet, and HTTP, the rules that link websites together.

The system of web addresses - dot coms - is also his idea, making Tim the founding father of the Internet information age.

In this brave new world, where teenagers seem to become millionaires over the net every day, Tim Berners-Lee truly stands out.

He refused to cash in on his invention by selling out to the mega computer corporations in the early 1990s. Instead he has worked tirelessly to stop companies such as Microsoft seizing control of the Internet, and ensured that his invention remains free to all mankind.

Now he acts as the Internet's referee - he registers websites and is instrumental in settling disputes between software, computer, telecom and finance companies. As Director of W3C he makes the rules and prevents any one company from dominating the web.

Although these days Tim Berners-Lee lives in Boston, Massachusetts, USA, he was born in London and studied at Oxford.