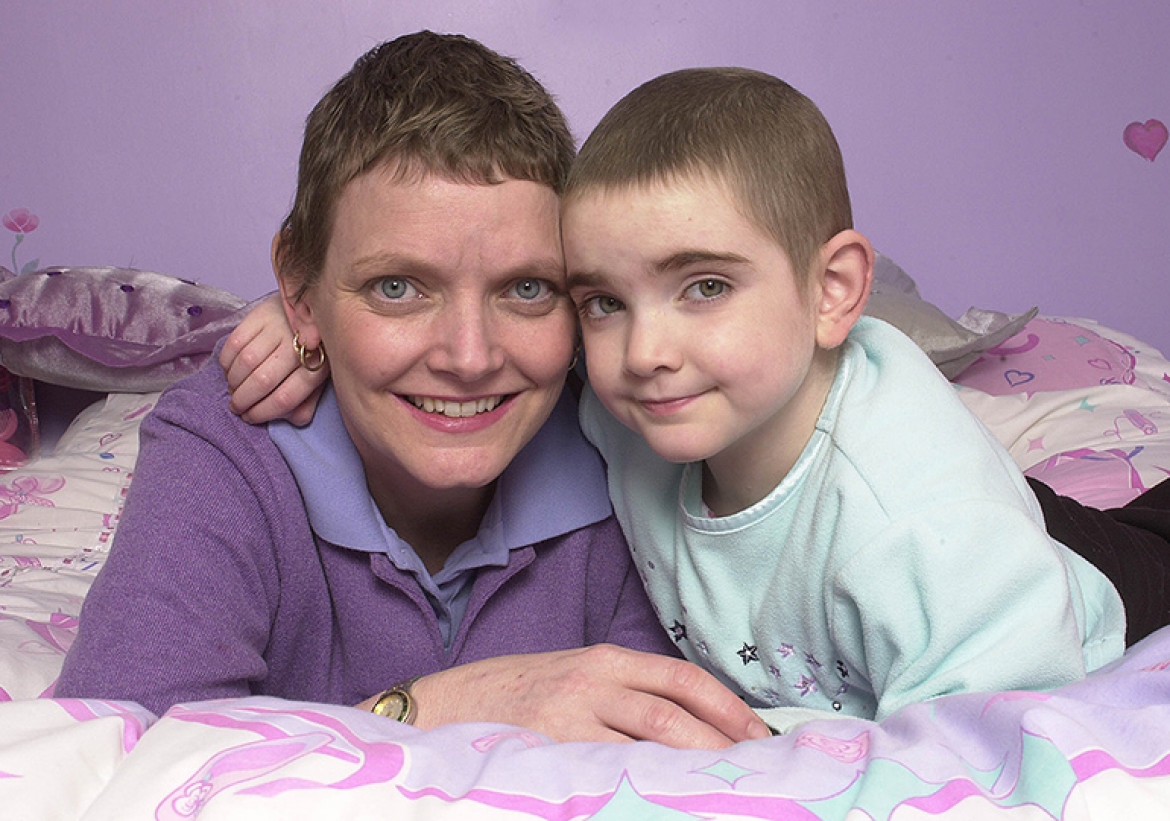 Sophie and Catherine Render have a bond that goes far deeper than most mothers and daughters.

For the past three years Catherine has been with daughter Sophie every step of the way as she has battled leukaemia.

Now Sophie, six, is repaying the favour by being a tower of strength for her mother who was recently diagnosed with breast cancer.

Sophie was told she had acute lymphoblastic leukaemia a month before her third birthday in 1999 and was rushed to hospital.

Months of chemotherapy followed but, at the end of her two-year treatment, Sophie contracted meningitis and a fungal infection that attacked her kidneys and brain.

Then, when Sophie contracted septicaemia, doctors warned Catherine and her husband Eddie, 36, to prepare themselves for the worst.

But Sophie defied the doctors' predictions, pulled through and for a while it looked as if she had beaten the disease for good.

Then, last May, doctors discovered the leukaemia had returned and the search was on for a bone marrow donor. It was Sophie's younger brother Jack, four, who came to the rescue after tests revealed he was the best match.

But the family's joy was short-lived because, four months before the operation, Catherine discovered a lump in her left breast and, the day after Sophie's sixth birthday, was diagnosed with breast cancer.

Sophie's operation took place in October and, although it is still early days, it seems she is in the clear.

Catherine, 36, had a mastectomy in January and had Sophie's example to inspire her through the operation.

Catherine, of Liverpool, says: "When I went up to the hospital recently Sophie said: 'It's nothing, mummy, you have to be brave like me."

"I look to her and think how she has gone through so much and been so brave about everything, that's why I know I can't complain about anything."

Sophie says: "I like going in and out of hospital because they are all so nice to me.

"I have been through a lot and now I'm helping mummy to be brave."