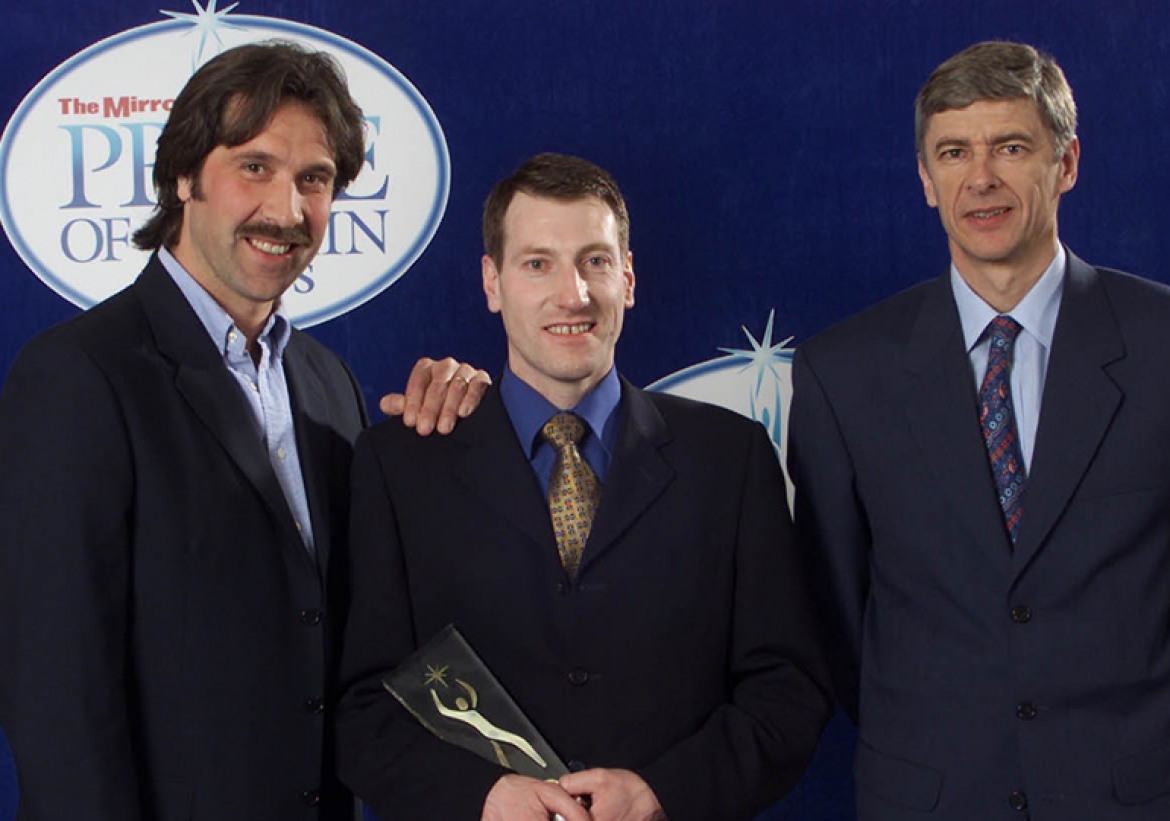 Ron Dowson, 36, was on his way to watch Arsenal play Sheffield Wednesday at Highbury when he became involved in a premier league drama himself.

The Palace of Westminster security guard was horrified to see a man lying on the track at Leicester Square tube station, clinging on to the rails as a train approached. He could see the "cat's eyes" of the train lights getting closer down the tunnel.

Without a second's thought for his own safety, Ron leapt down on to the track beside the man as the 200-ton train thundered into the station.

As he struggled with the man who was intent on taking his own life, both were in danger of falling on to the live rail.

At one point while Ron was grappling with the man, his back was towards the approaching train. "I could hear the train but I had no way of knowing how close it was," he says.

With the train's brakes screeching for an emergency stop, he finally managed to pull the man up by his shoulders and push him towards the platform, where a detective constable helped pull him to safety.

In typically modest hero fashion, Ron says he was simply glad to have prevented any delays on the Tube.

Such is his humility about his extraordinary display of courage that his parents didn't know anything about the incident until a letter from The Mirror's Pride of Britain desk arrived, telling them he had won an award for his brave actions.

"I didn't really think too much about it," says Ron. "If you see someone in trouble you try to help them. It was a bit hairy, when I had my back to the train, and I could hear it but I didn't know how close it was."

After saving a life in such dramatic fashion, Ron calmly carried on to the match, which his team Arsenal won 3-0.

"I only missed five minutes of the game," he says.