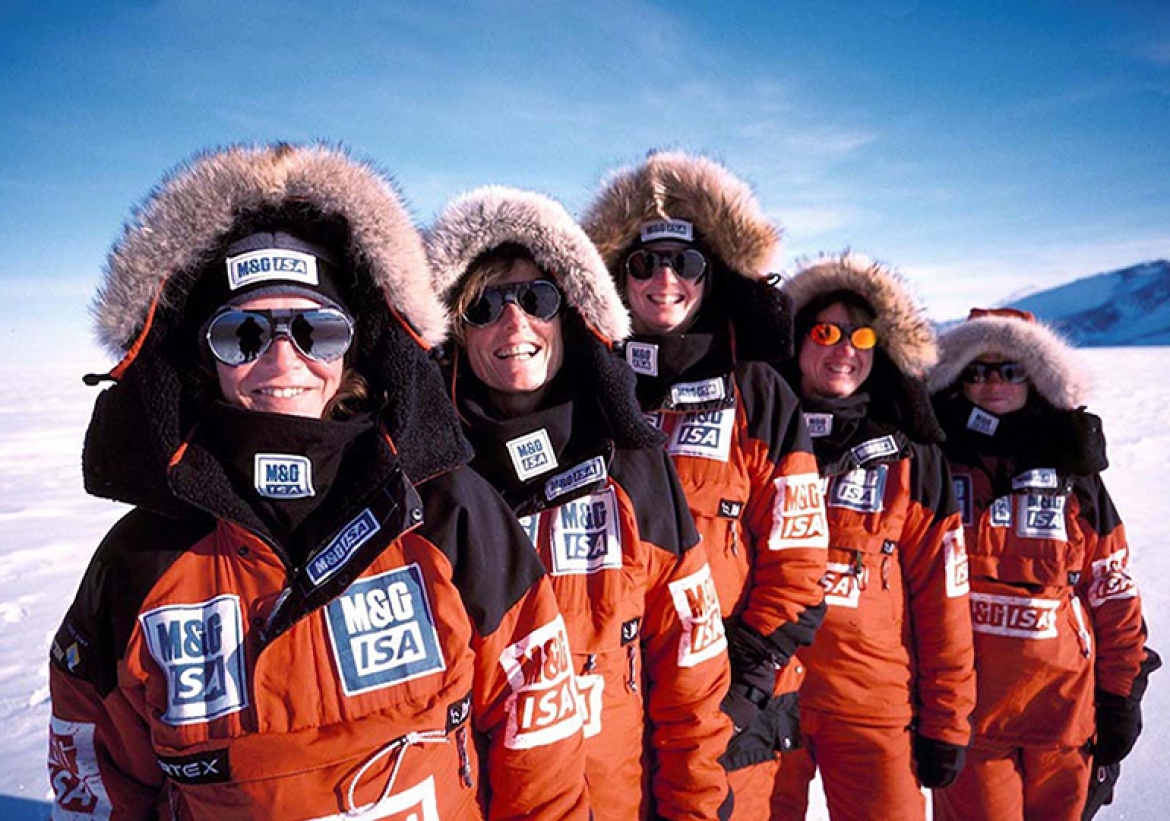 In temperatures of minus 50cel, during "white out" blizzards and faced with an ocean of ice, their dreams were of simple things such as the colour of trees or a comfortable chair to sit on.

But the intrepid Brits who battled 700 treacherous miles across Antarctica to reach the South Pole knew they were following in the footsteps of legends.

And after more than 60 days of dragging heavy sledges behind them, they staked their place in the annals of Polar heroes.

Fiona Thornewill and Catherine Hartley became the first British women to walk to the pole, arriving just days after the dawning of the new millennium.

Fiona was accompanied by husband Mike, a policeman from Worksop, Notts, making them the first married couple to reach the pole.

Another British team to reach the pole in January was the first all-woman team to walk there. They were film financier Caroline Hamilton, 35, sports physiotherapist Zoe Hudson, 32, Pom Oliver, 46, a building renovator, Ann Daniels, a 32-year-old mother of triplets, and Rosie Stancer, 38, great niece of the Queen Mother. Rosie's grandfather, the 4th Earl of Granville, was due to go to the pole on Captain Scott's ill-fated expedition.

He was dropped the night before the team left because, at 6ft 4ins, he was too tall to fit into their tent.

Ann, from Yeovil, Somerset, says, "it was fantastic. It was life on the edge out there. You learn that you can do anything if you really want to." The girls phoned Prince Charles, patron of their expedition, from the pole. They have now conquered both poles - they were part of a relay team who made it to the North Pole the year before.