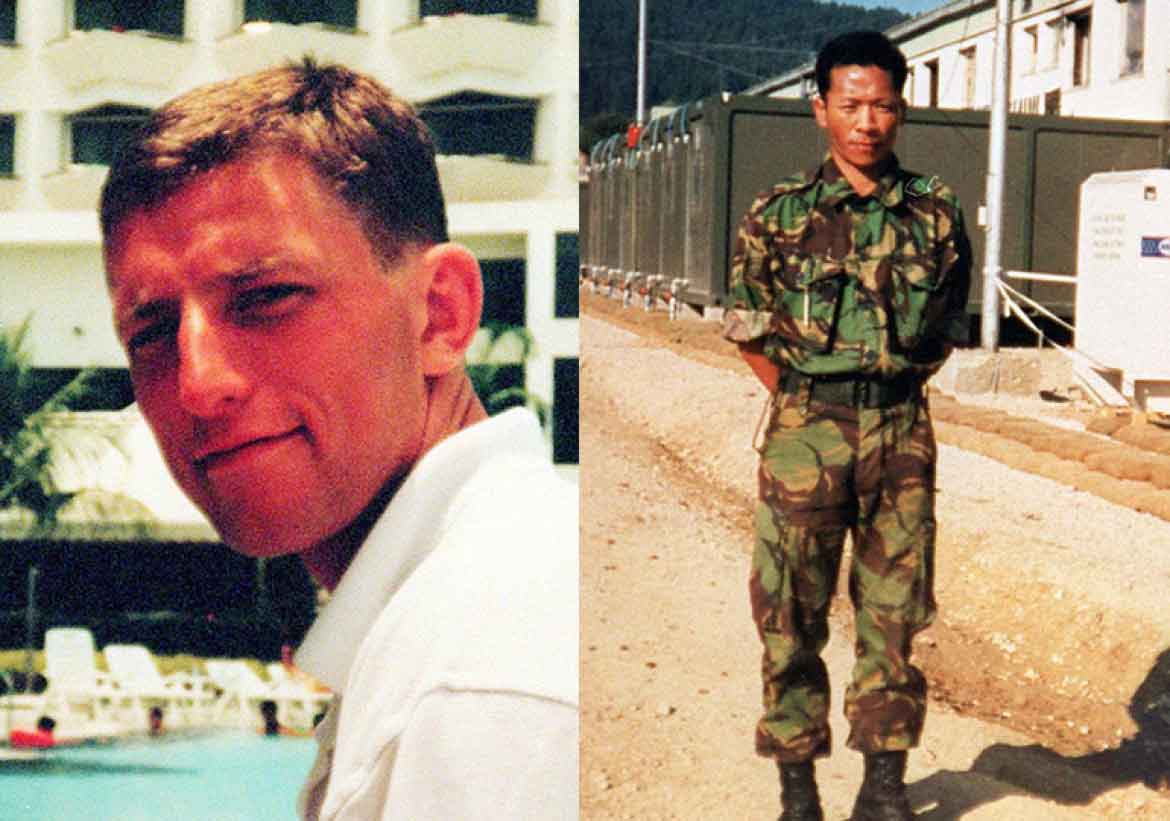 British forces played a crucial role in the Nato campaign against the ruthless ethnic cleansing in wartorn Kosovo last year.

The RAF flew hundreds of missions against the Serbian war machine, forcing Slobodan Milosevic to back down, while our soldiers helped the humanitarian effort cope with the flood of refugees pouring out of Kosovo.

Even today our forces are patrolling the streets of the blighted region, helping to maintain the fragile peace. Sadly, this effort has not been without sacrifice. Lieutenant Gareth Evans and Sergeant Balaram Rai, both serving with the Gurkha Regiment, died helping those less fortunate than themselves.

The two soldiers were clearing mines from the small village of Orlate in June when tragedy struck. Lieutenant Evans, 25, of Bristol, and Sergeant Rai, 35, of Kathmandu, Nepal, were preparing to carry out a controlled explosion when villagers asked them to move the mines away from the school first to avoid damaging it.

Lieutenant Evans and Sergeant Rai took the mines to a field and were wiring them together when one of the devices detonated. Both men were killed instantly. Two Kosovan civilians were also killed and another Gurkha, Hyken Gashi, was seriously injured.

They were the only British fatalities of the war in Kosovo, Sergeant Rai left a wife, Ashanta, and four children back home in Nepal.

A Mirror campaign persuaded the Government to bring Gurkha rights into line with the rest of the British Army, and Ashanta now gets the full pension as a result of her husband's heroic sacrifice.