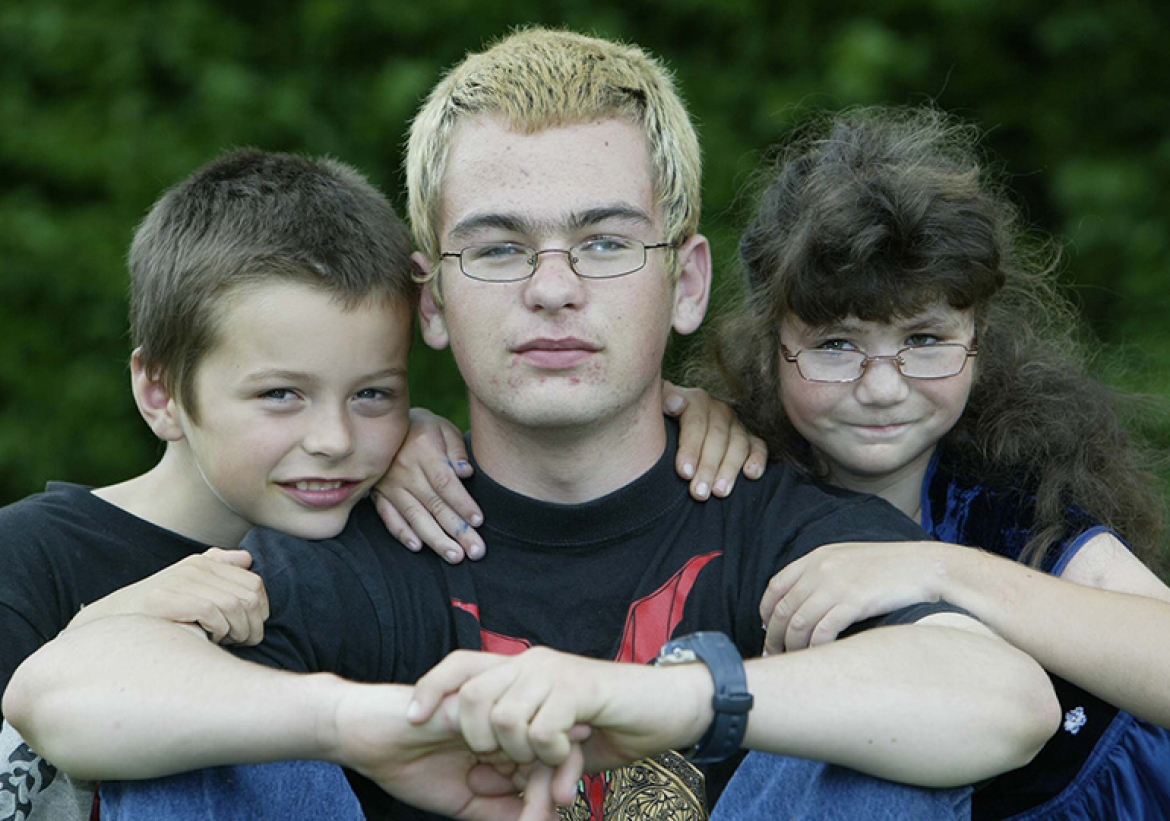 When his parents' car spun off the road and plunged into a canal, Cameron Weir did not hesitate to save the lives of his younger brother and sister who were trapped in the wreck.

Disaster struck the family from Cheshire when their 4x4 skidded on diesel as they were returning home one lunchtime. The car clipped a metal barrier and rolled down a hill, landing upside-down in the water.

Cameron, who was only 12 at the time, undid his seatbelt and swam over the headrests and through a smashed window to the surface where he discovered he was the first to escape.

Taking a deep breath, the brave youngster risked his own life to return to the car and rescue his seven-year-old brother Mac and 10-year-old sister Rosie, who has severe mental and physical disabilities, and requires round-the-clock care.

"I went into autopilot and knew I had to get them out," says Cameron. "I was scared, but it was all happening too fast and I didn't really think about what I was doing."

Once Mac was free, Cameron's mum Beryl swam him to the bank while Cameron returned for Rosie whom he knew couldn't swim.

The cold water was cloudy and Rosie was fully submerged, so Cameron had to feel for her seatbelt. He managed to undo it but had to return to the car for a third time to pull her out.

Rosie had briefly fallen unconscious but the little girl thinks she fell asleep and woke up when her heroic brother saved her.

"When I got to the bank and looked back," says mum Beryl, "I thought Cameron and Rosie had gone. Then he came up out of the water like a dolphin and as he twisted over on his back I could see he had Rosie on his chest and I was shouting across the canal, 'I'm so proud of you!'"

On the canal bank, Cameron took charge of his family and tried to keep his mum awake after she passed out.

In fact, he dealt with the situation with such aplomb that firefighters mistook him for a passer-by instead of a survivor.

The children were taken to hospital, but thanks to Cameron's quick actions were not seriously hurt.

"I think he's wonderful," says Beryl. "I know I would have lost the others if Cameron hadn't been in the car with us."

Unfortunately, the accident left Angus with health problems and he often needs a wheelchair to get around, but Cameron has shown extraordinary strength in caring for the family.

"His actions would have been heroic from anybody," admits Beryl, "but from a child it's quite unbelievable."