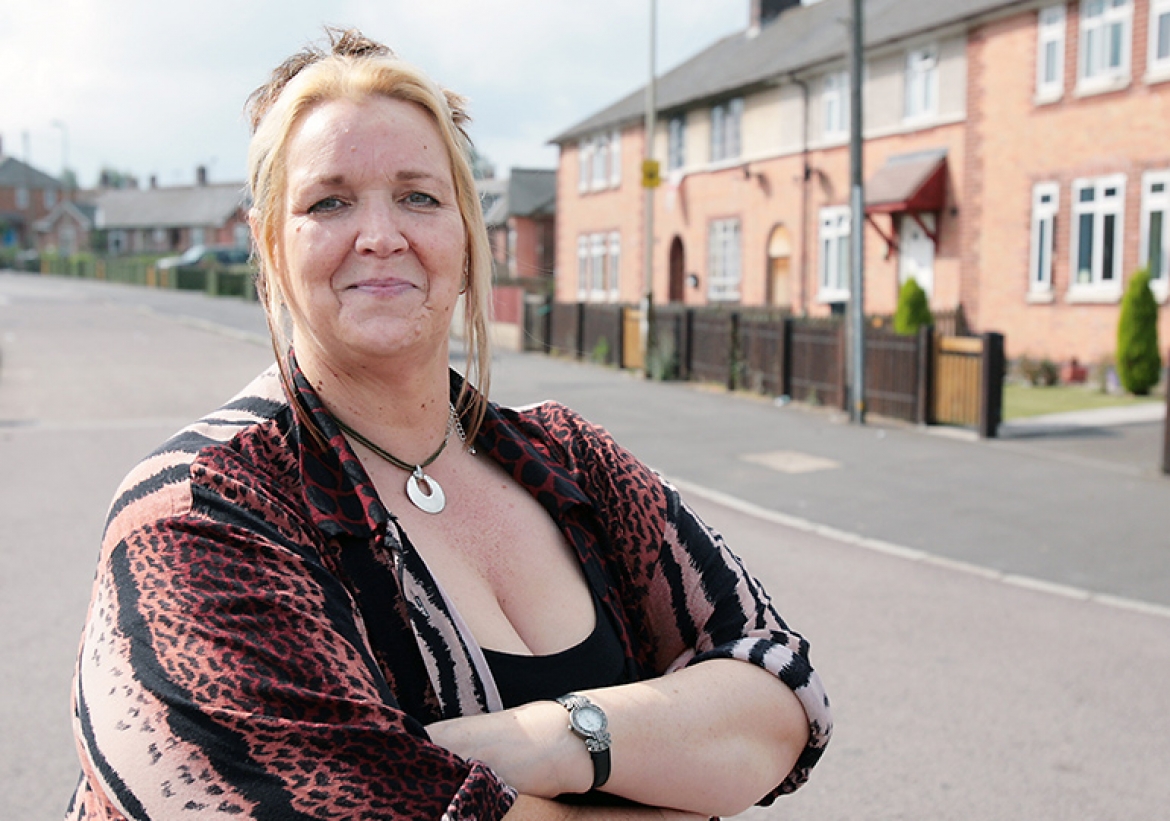 She suffered a terrifying hate campaign in which her car was fire-bombed, bricks were hurled through her windows and paint was thrown over her house.

But despite this, Anne Glover refused to give in to hooligans on her estate. When 25 people failed to give evidence in court against a notorious drug dealer for fear of retribution, Anne took the stand alone. Now, because of her fearless determination, Leicester's Braunstone estate has been transformed from a haven for junkies and criminals into a sought-after place to live.

Just eight years ago, Braunstone was nicknamed Dodge City by locals and branded the seventh worst estate in the country by the Government.

"I always questioned why I should leave because a bunch of kids thought
they could do what they liked," says Anne, 47.

"I've always lived on this estate. My grandparents moved here in 1933 and there are now five generations of my family in Braunstone." Anne worked with local agencies to rally neighbours on the 5,000-home estate to collect evidence against a notorious dealer who sold drugs to teenagers. They, in turn, would commit crimes to pay for their fix. Anne was burgled six times by youths looking for a means to fund their habit.

Once Anne had bravely given evidence in court and the dealer had been convicted in 2004, the estate improved dramatically. But Anne suffered a personal hate campaign during which her car was fire-bombed, her windows smashed and paint thrown over her house. "It upset me because I knew it was personal," says Anne. "But I was not going to be forced from my home."

She also took up a pivotal role in the Braunstone Community Association, which was formed in 2000 to co-ordinate spending £50m over 10 years as part of the Government's New Deal For Communities scheme. Now the estate has benefited from a multi-agency health practice, a new leisure centre, youth centre, library and community centre. Where previously hundreds of homes were boarded up because nobody wanted to live on the estate, there is now a two-year waiting list of more than 1,000 families. "There are three kinds of people in Leicester now," says Anne. "Those who live in Braunstone, those who wish they lived in Braunstone and those with no aspiration at all."

Anne's popularity on the estate was sealed earlier this year when she was elected councillor with a massive majority. "People only get away with things if you let them," she says. "Nobody should be intimidated on their doorstep. I hope I'm proof you can stand up to these people and win."