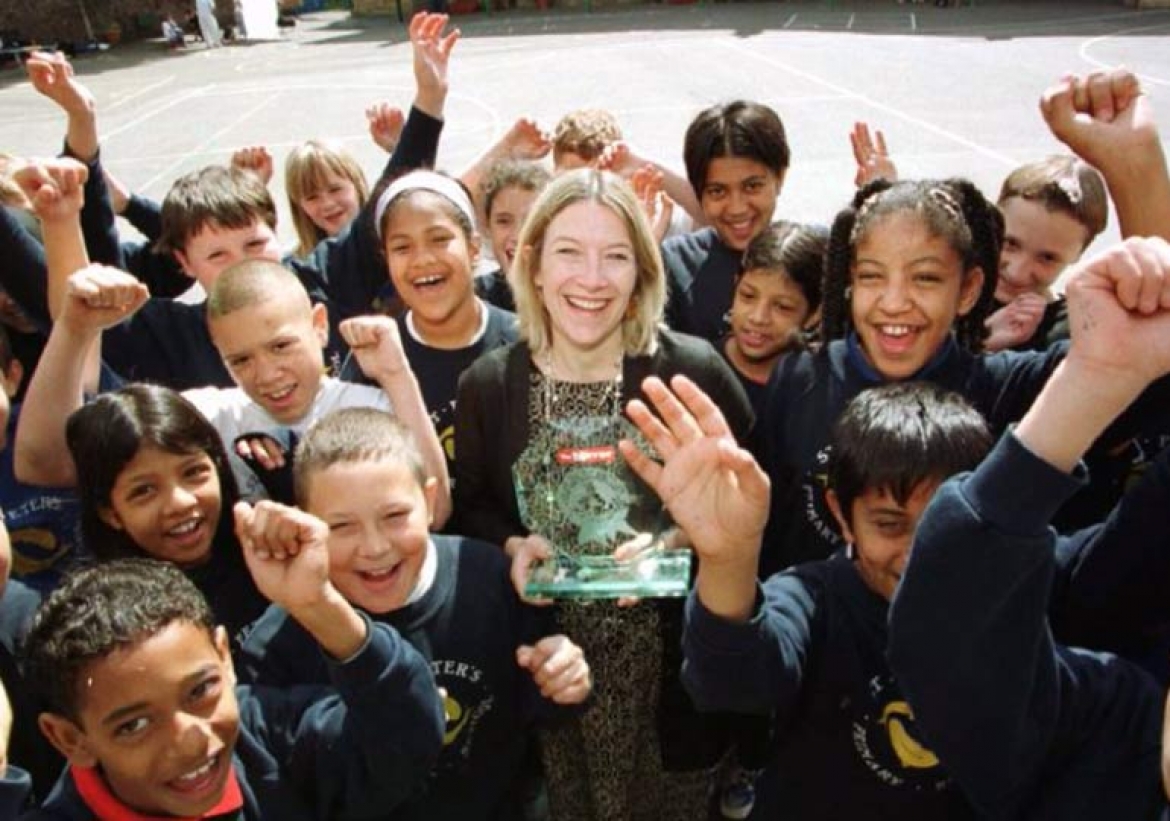 Helen Ridding took on a challenge few teachers would contemplate when she accepted a job at one of the worst primary schools in the country.

Pupils hurled missiles around and education chiefs would only allow a class to go ahead if two teachers were present, because the pupils were so disruptive.

But a month after joining the staff she became headteacher at St Peter's Church of England school in Westminster, London, at the extraordinarily young age of 25.

She was the only full-time teacher left.

All the rest had either quit or taken time off through stress.

Now Helen has earned full marks from Ofsted, the Government's education standards watchdog, for becoming the only head of an inner-city school to be told: "Can't do better" in her inspection report.

Helen said of the school she inherited: "It was really awful. It was a tip. The buildings were in a dreadful state. "There were 67 pupils on the roll, but only 40 would turn up."

Now the school is full again with 200 pupils - and gets above-average marks in national curriculum tests in the three Rs for 11-year-olds.

Helen says she decided to take on the challenge because "the kids had been let down by everybody."

"My first job was to convince them I was staying," she adds. "I was determined they weren't going to be mucked around any more.