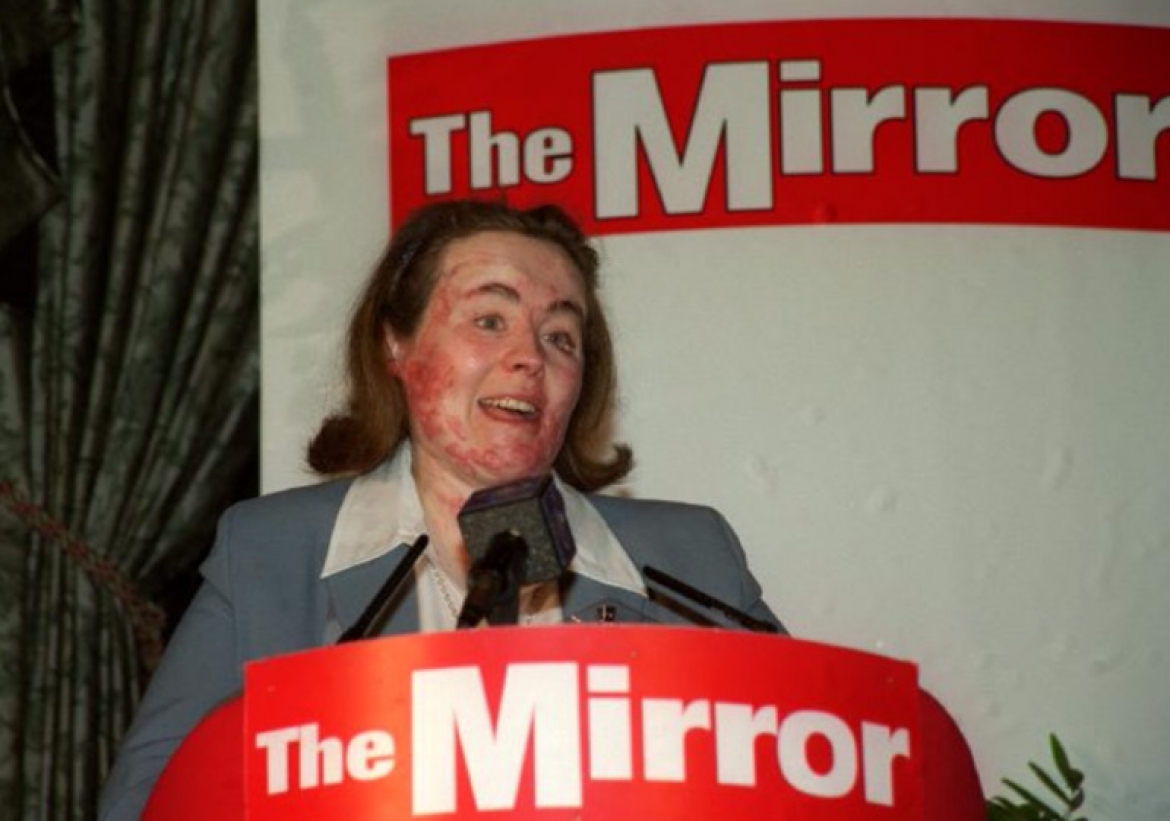 It was a magical moment that gave a glimmer of hope and joy to a town steeped in sadness. And it was all the more poignant because it so nearly didn't happen.

Donna Marie Keyes, 23, defied death to walk down the aisle with the man she loves. The people of Omagh burst into spontaneous applause when she exchanged vows with Garry McGillion, 24, in March.

Just seven months earlier, the bride was so seriously injured in the Omagh bombing that she was given the last rites.

The couple were out shopping for shoes for Garry's 21-month-old niece Brenda, who was to have been flower girl at their wedding. The little girl died in the explosion.

Donna Marie lay in a coma for six weeks as doctors treating her 65 per cent third-degree burns feared she would not survive. A cut across her head needed 56 staples and she suffered lung damage.

But when Donna Marie regained consciousness, they pledged to make it to the altar.

Her father, Malachy, says: "She said: 'Daddy I've got to get up on my feet. I won't let the bombers destroy me otherwise they have won. I won't let that happen.'

"She never asks: 'Why me' and she never shows any anger. The expression self-pity isn't in her vocabulary."