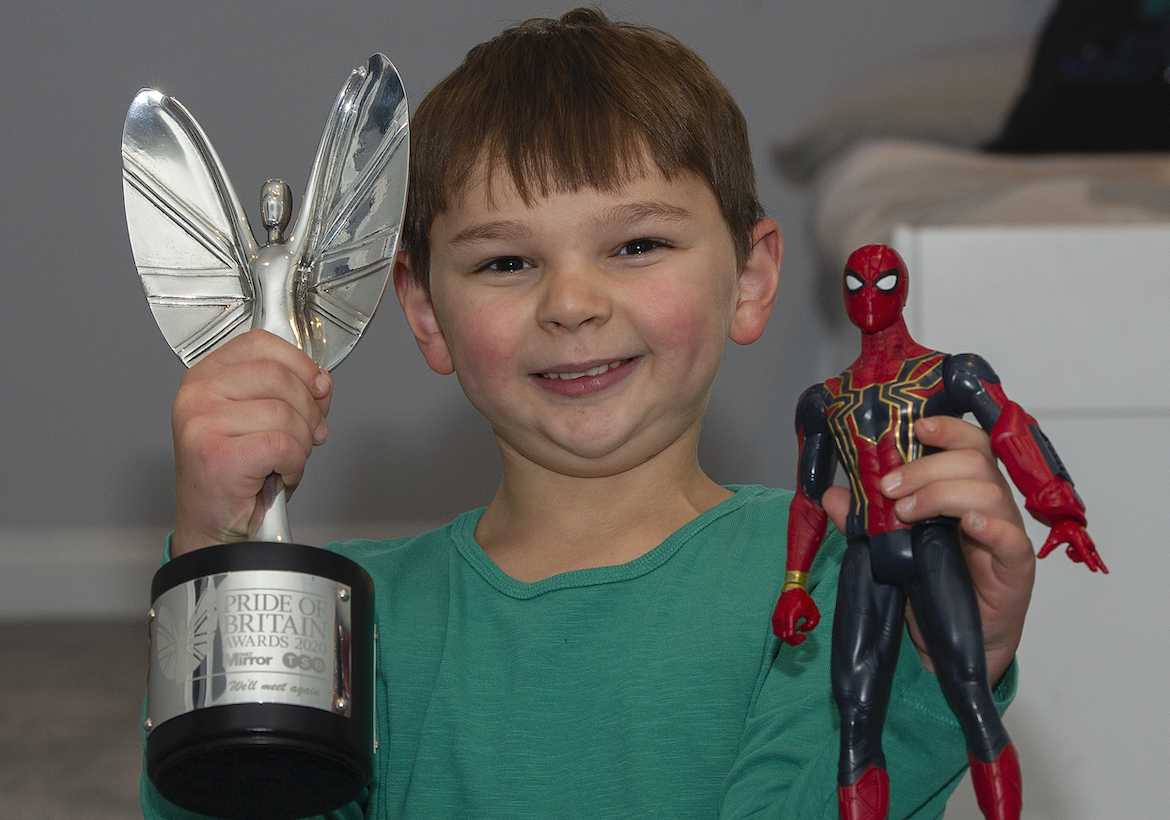 Inspired by Captain Tom, Tony, then five, raised more than £1 million in a lockdown walking challenge.

His sheer determination won hearts up and down the country with thousands nominating the youngster for a Pride of Britain award.
And he received it in a wonderful surprise moment at top toy store Hamleys, starring his favourite celebrities Ant and Dec.
The duo donned outsized Nutcracker soldier costumes and hid amid piles of toys as Tony and his family browsed the shelves.
Adoptive mum Paula said: “Tony is a massive fan of Ant and Dec, he is obsessed with them. We were looking at the toys and these two life-sized nutcrackers suddenly started talking. Tony looked at me, then he blurted out, ‘that’s Ant and Dec!’. They took off their disguise and Tony was so excited.”
Tony, six, said: “I am feeling really proud I have won this award. I was really happy when the nutcrackers took their heads off and I saw it was Ant and Dec - I’ve always wanted to meet them! I would have liked to have given them a high five!”
Diplomatically he added: “I like them both the same, I don’t have a favourite.”
Tony, known as Bear, started his walking challenge on June 1, and his efforts captured the imagination of millions of people. By the time he completed his final walk, tens of thousands of supporters had donated £1,073,121.
He was inspired after seeing Captain Tom on TV, and he asked his parents if he could take on his own challenge to raise money for the Evelina London Children's Hospital, his second home.
He had recently learnt to walk with crutches on his new prosthetic legs, so he set out to raise £500 by walking 10km in 30 days in June.
The Kent schoolboy had already overcome huge odds in life. He was 41 days old when he suffered a horrific assault at the hands of his biological parents that left him on life support and close to death. The injuries to his legs were so extreme, they had to be amputated.
But the big-hearted youngster refuses to let anything hold him back.