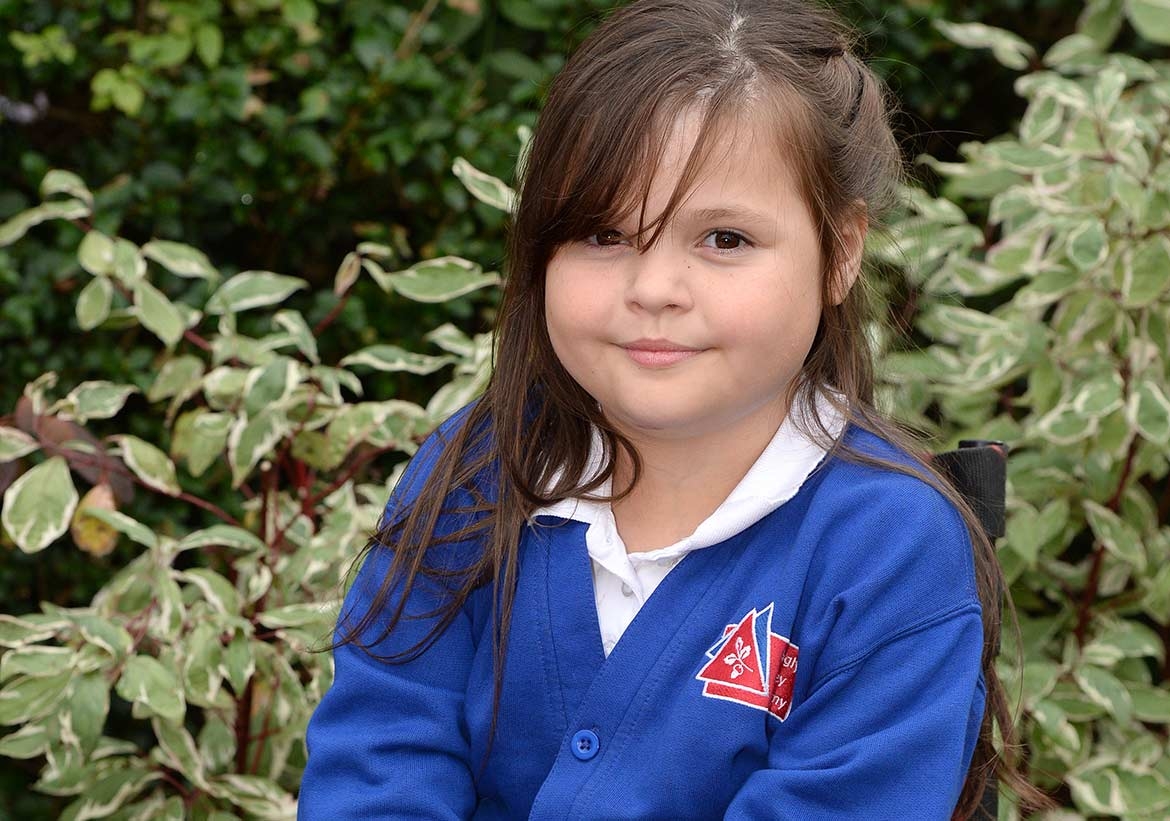 Tilly has defied the odds to survive and inspire others, enduring more than 500 operations after suffering 86% burns when she was a toddler

Tilly was given a 5% chance of survival in March 2009 after she fell into a bath of scalding water. She was 15 months old, and playing with her older siblings upstairs, when one of them accidentally turned on the hot tap.

The family had only just moved into the house, and did not know the thermostat on the boiler was faulty. In a horrific sequence of events, as scalding water filled the bath, Tilly had climbed on to a bean bag next to it.

She fell in, and mum Emma recalls: “I heard this scream and I knew straight away it was a pain scream. I ran upstairs and found her in the bath.”

Tilly passed out, and was rushed to hospital, where she spent six months in intensive care with 86% burns. Her parents were told she would die on five separate occasions.

Since then, the eight-year-old has had more than 500 operations, including grafts of shark cartilage and cow collagen. Her right leg had to be amputated.

Emma says: “Tilly is absolutely amazing. A lot of the operations she’s had have been quite big ones and she’s done better than any adult would.

“She’s just so courageous, I just can’t get it into words. She’s not scared whatsoever of going to hospital, despite the tremendous pain she goes through. She is more worried about looking after the other children on the wards.”

Emma, 30, can’t forgive herself over the accident but says Tilly’s positive attitude has inspired the whole family.

“Seeing her smile and learning to walk makes me want to cry and makes things that little bit easier,” Emma says. “She jokes about her robot leg and how she takes bunny steps with the walker.

“She’s defied everything. They said that she wouldn’t make it and she did. There’s no child that has had that amount of burns so deep and survived. They said she’d never walk again and she has. The things they say she can’t do, she’ll do.”

Tilly, who wants to be a singer or a nurse when she grows up, will need operations until she’s 21 – but is taking it all in her stride.

She says: “I stay happy because of my friends and my brothers and sisters and my doggies.

“It’s weird going to hospital but if there are other children on the ward, I make sure they are ok and tell them it’s not as bad as they think.

“As long as I have my brothers and sisters to make me laugh, I’ll be fine.”

Tilly’s story is heartbreaking, but her positivity shines through. She is the most incredible example of the power of the human spirit. She has been through so much, yet she is still smiling and thinking of others.Pride of Britain judges

View the embedded image gallery online at:
https://prideofbritain.com/component/k2/tilly-sawford#sigProIdcff2422458
Tagged under