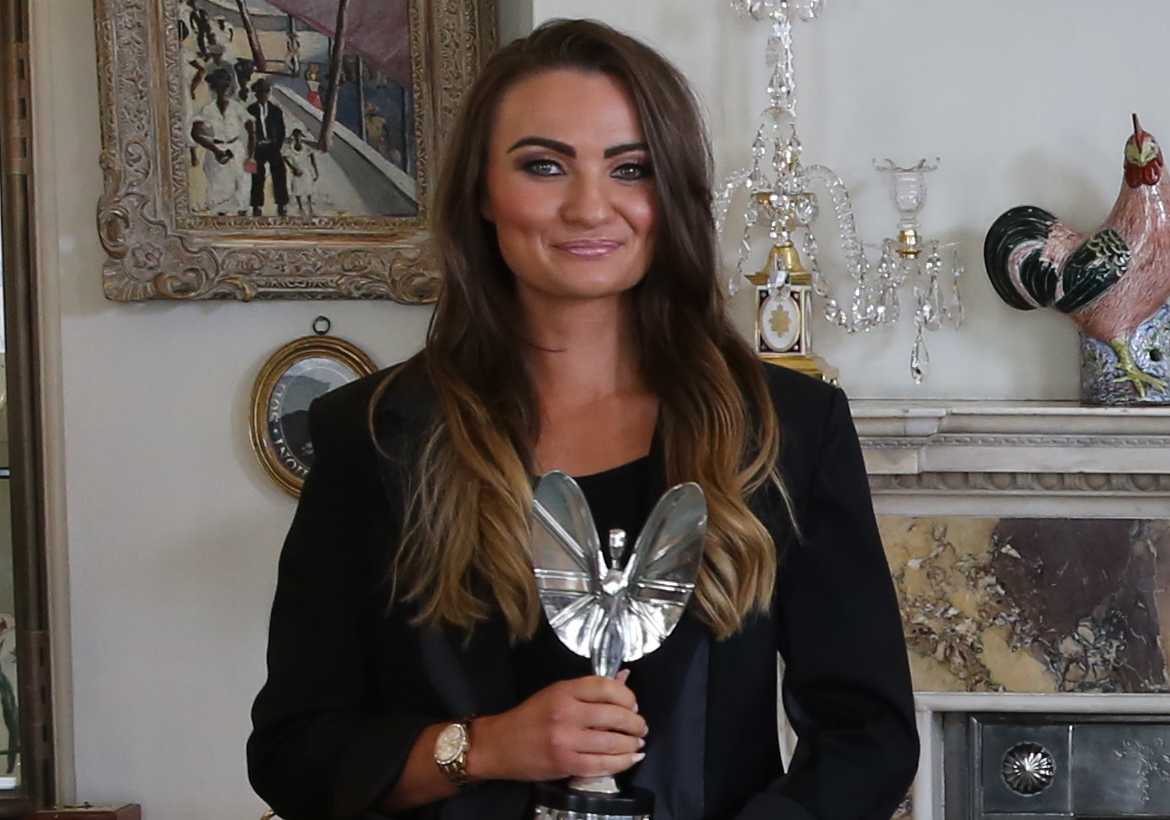 Rebecca was with her ex-partner, who physically abused her, for five years. She struggled to provide the basics for herself and her son because of her partner’s economic abuse.
When Rebecca left the relationship at the age of 24, her ex-partner and father to her child attacked her so badly that she needed facial reconstruction surgery. He was later jailed for 16 months.
After Rebecca left hospital, she had to rebuild her life from scratch. In 2018, Rebecca joined the Prince’s Trust Enterprise Programme, which helps young people turn big ideas into business reality.
For every product sold at Always B U, 5% of each sale is donated to IDAS, a Yorkshire-based charity supporting anyone experiencing or affected by domestic violence and sexual violence.
The brand is designed to empower victims and survivors of violence and give them a voice, as well as to change attitudes about domestic violence.
Rebecca was speechless when Prince Charles told her she had won a Pride of Britain Award.
She believed she had been invited to Clarence House for a celebration with fellow young ambassadors of The Prince’s Trust charity.
Instead, the domestic abuse campaigner was stunned when His Royal Highness interrupted an interview with TV presenter Laura Whitmore to say: “You’ve actually, can you believe this, won the Prince’s Trust Young Achiever of the Year Award from Pride of Britain.”
And he added it was “much deserved, to say the least”.
Rebecca said: “I was already overwhelmed at being in Clarence House and meeting Laura, who was lovely. I was told they had a lot of interviews to get through so we sat down and Laura began asking me some questions.
“All of a sudden I saw the camera crew gesturing. I looked to my left and Prince Charles had entered the room.
“He sat down and started talking to me and I didn’t say a great deal, I was in shock. He just started talking and I just kept thinking: ‘I’m sat next to Prince Charles’.”
With Laura admitting they had told Rebecca a few fibs, she still had no idea of the real reason she was there - her Prince’s Trust Young Achiever Award.
“Prince Charles broke the news to me,” she said. “He congratulated me and asked me to look down to my right where my award was sitting in a box.
“I was absolutely blown away, I’m still in shock. I think I’m dreaming.”