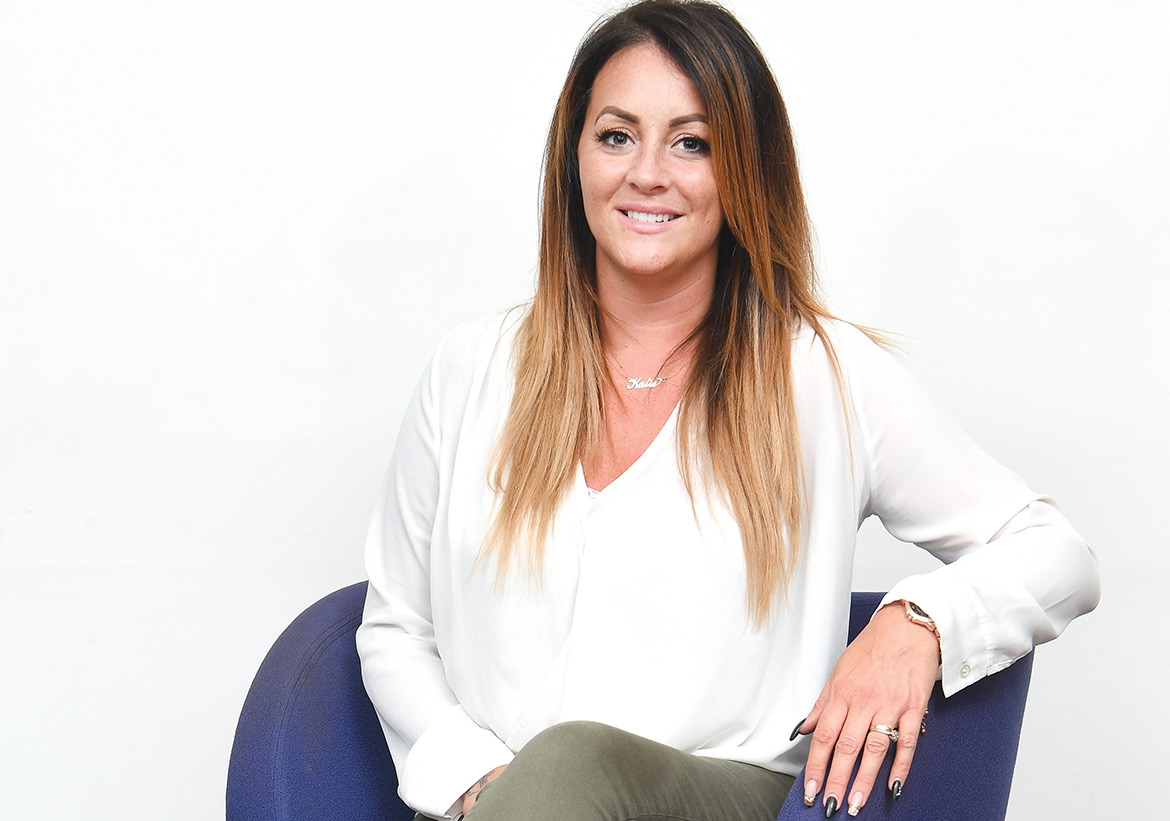 From the outside, Katie Walker’s beauty salon looks like an ordinary boutique in Liverpool. But for Katie, 32, it’s much, much more than that. As well as running a successful business, Katie helps empower victims of domestic violence by sharing her own experiences and helping survivors.

In 2011, after a difficult time following the death of her boyfriend, Katie was finally getting back on her feet and trying to realise her childhood ambition of opening her own salon. But trapped in a controlling relationship with a violent partner, she seemed destined never to achieve her dream.

One night her partner beat her so savagely that he broke every bone in her face. Katie spent three months in and out of hospital having her face rebuilt, and on one occasion when her face collapsed, she had to have emergency surgery. Katie’s partner was sent to prison but she shut herself off from the world, suffering from depression and refusing to see people.

After her counselor suggested she meet with the Prince’s Trust, she began their Enterprise Programme for new businesses. Given the support and confidence to reopen her salon, Katie opened the doors in 2013.

Katie says: “Opening the salon was the happiest day of my life. But I wanted to use it for something more than hair and beauty. I wanted to help people who’d struggled like I had.”

Now, every year, on the anniversary of the attack, Katie re-posts the photographs of her badly beaten face on social media.

“The first year I got over 3,000 likes and hundreds of messages from women suffering similar abuse. Every time I post the photos, I give an update on the good things that are happening in my life now,” Katie says. “I want to show women going through this that there is a way out. There is life on the other side.”

Katie asks her social media followers to nominate someone who is going through difficult times and in need of a pamper.

Katie says: “I know what it’s like to be rock bottom with no hope. It’s amazing what it can do for somebody’s self-worth, just knowing someone cares about them and wants to help them.”

Since then, the business has gone from strength to strength and Katie’s confidence grew with it. She is expanding the upstairs area in the salon so she can train women suffering from abuse in hair and beauty techniques. Katie also plans to train her staff in counselling so they can offer support and advice to customers who may open about abuse.

She says: “The salon has given me the focus I’ve been looking for all along. The Prince’s Trust saved my life. Without their support I would never have been able to piece my world back together.”

Katie is just so inspirational. What she suffered is absolutely horrifying, but she refused to let it grind her down, and uses her experiences to help and empower other women. Pride of Britain judges