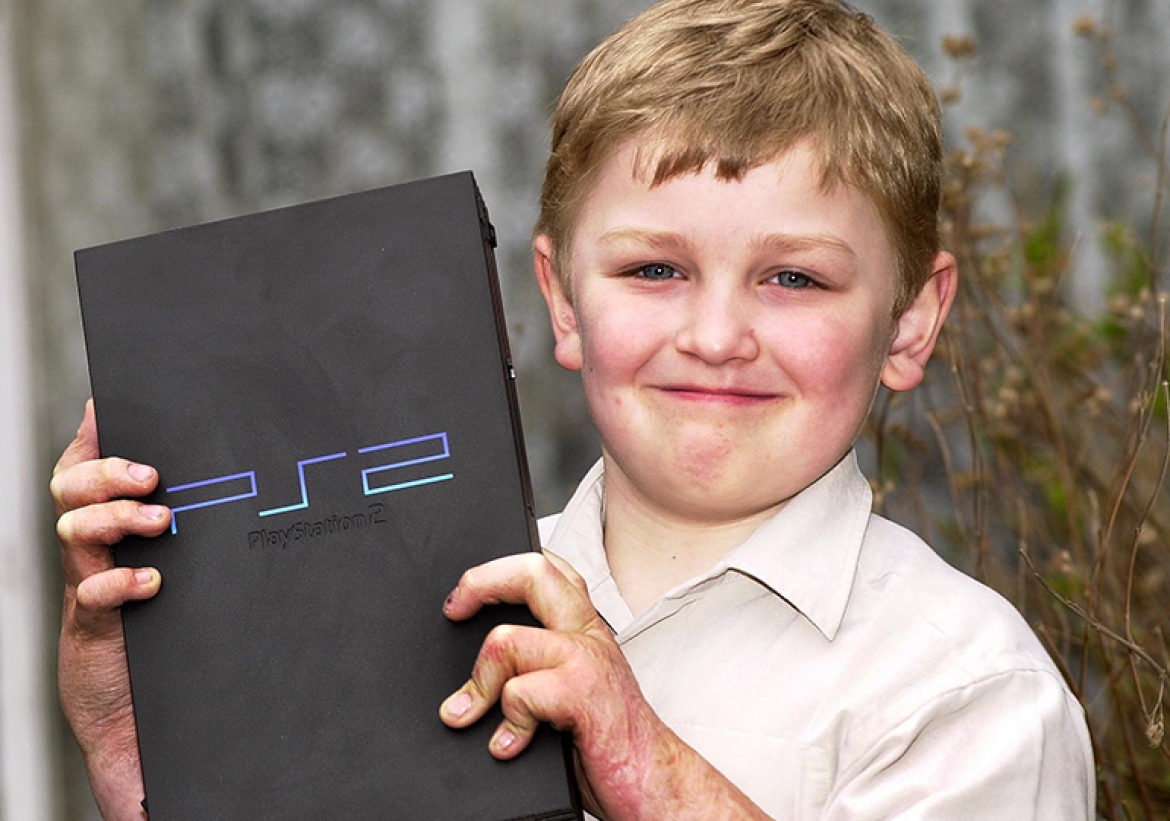 When Joseph Anderson grows up, he hopes to be either a comedian or a clown. His impressions of Michael Caine regularly have his mother and older sister doubled up in hysterics.

But aside from his knack for impressions, what makes Joseph such a remarkable little boy is the terrible ordeal he has endured since falling into a bath of scalding hot water when he was two.

He was left with burns so bad that he was on the critical list for three months and had to be kept in an isolation room at a specialist burns unit for even longer.

Despite his ordeal, which means he will have to endure skin grafts for years to come, the seven-year-old has come through it all with his sparkling personality intact.

Mum Vicki, 36, was preparing Joseph and his sister Francesca, now nine, for bath time at their home in Broseley, Shropshire in June, 1997, when the accident happened.

Vicki says: "I had just run a little water into the bath and had popped into their bedroom when I heard Joseph screaming."

She rushed over and, to her horror, saw him curled up in a corner of the bath trying to get out.

She says: "I grabbed him but the water was inside his pyjamas and his skin was coming off in sheets."

Staff at the Princess Royal Hospital in Telford were shocked at Joseph's condition and he was airlifted to a burns unit at Selly Oak in Birmingham. Vicki says: "He was just so red, it looked like someone had skinned him and I was told he had 76 per cent burns to his body. They said his chances of survival didn't look good.

"Francesca was a great comfort. She said to us: "Don't worry, gentle Jesus, God and Santa Claus will make him better'."

Because Joseph had lost so much skin, his body was particularly prone to infection and he was moved to an isolation room.

Vicki kept a vigil by his bedside and, when he slipped into a coma, she whispered into his ear all the things they would do together when he pulled through.

Since leaving hospital in October that year, Joseph has had to learn how to walk again and had to wear special suits to ensure his skin healed.

Even after the dozens of skin-graft operations he has endured, his battle is far from over. At times he has had to lie still for six weeks at a time while his body healed - time which has allowed him to become a huge Harry Potter fan.

But he is at last starting to live the life of any other little boy and in 1999 started at a school near his home. And to Vicki's amazement, Joseph has started reminding her of all the trips to local petting zoos she promised him during his time in isolation.

Vicki says: "Sometimes people feel stupid talking to someone who is in a coma but they shouldn't as they can hear every word."

As Joseph would say, not a lot of people know that.