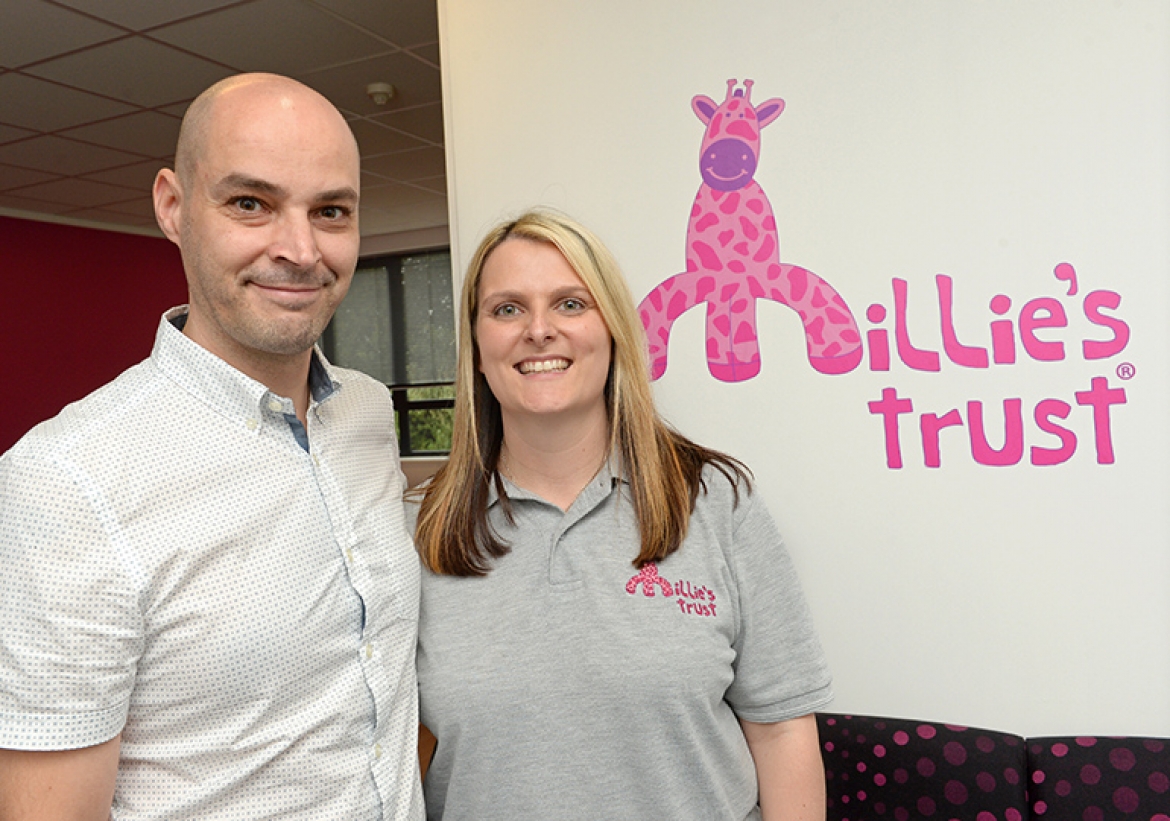 Joanne and Dan Thompson, who have won a special recognition award for achieving a change in the law (for all new nursery nurses and pre-school staff to undertake paediatric first aid training), after their daughter Millie died when she choked on mashed potato at nursery

The awful day they lost their baby is etched forever on the hearts of Joanne and Dan Thompson.

Nine-month-old Millie was on her third day at nursery when she choked on mashed potato.

Dan received a phone call, saying Millie had been taken to hospital with breathing difficulties.

He was working 150 miles away and rang Joanne who had just returned to work as a surveyor after maternity leave. She headed straight for the hospital.

“At that point we did not know how serious it was because no one had said anything,” she says.

Joanne was guided into a room where Millie’s lifeless body lay on a hospital trolley.

She said: “No one had told me. There were about 15 or 20 people stood around Millie - they were just silent,” she says.

Joanne collapsed with shock when she realised that her daughter was dead.

“Within seconds, our lives changed,” she says. “The guilt of putting her in that nursery was immense. For a long time we blamed ourselves.”

The couple, who are to be given a Special Recognition Award, suffered depression after Millie’s death in October 2012. Joanne was treated for Post Traumatic Stress Disorder after the experience at Stepping Hill Hospital, Manchester.

At the funeral, they were asked if they wanted donations made to a charity. Joanne says: “We said ‘no’ as there was nothing that could have done anything for her, apart from first aid. That got us thinking that we wanted to do something in her memory.”

Millie’s Trust was born with two aims: to campaign for a change in the law and to train parents and nursery staff in paediatric first aid. They have had great success.

“The ambulance that went to Millie had no paediatric first aid kit,” said Joanne.

“There's now a 43-piece kit that has to be carried on every ambulance because of Millie.

"When Millie died, nurseries only had to provide one person per building who was paediatric first aid trained.

“We set up a petition to get the law changed. In 10 months we got 100,000 signatures and it was debated in parliament.”

As a result, from next year child care students must do a paediatric first aid course.

The couple are now fully qualified first aid instructors and work full-time for the trust. Joanne says: “We have 18 trainers on the books and we have had hundreds of nursery nurses trained by us.”

Next year will also see Millie’s Mark - a logo showing that a nursery’s staff have been trained in paediatric first aid. “It will be an amazing moment. We have gone a lot further than we ever thought we would,” says Joanne.