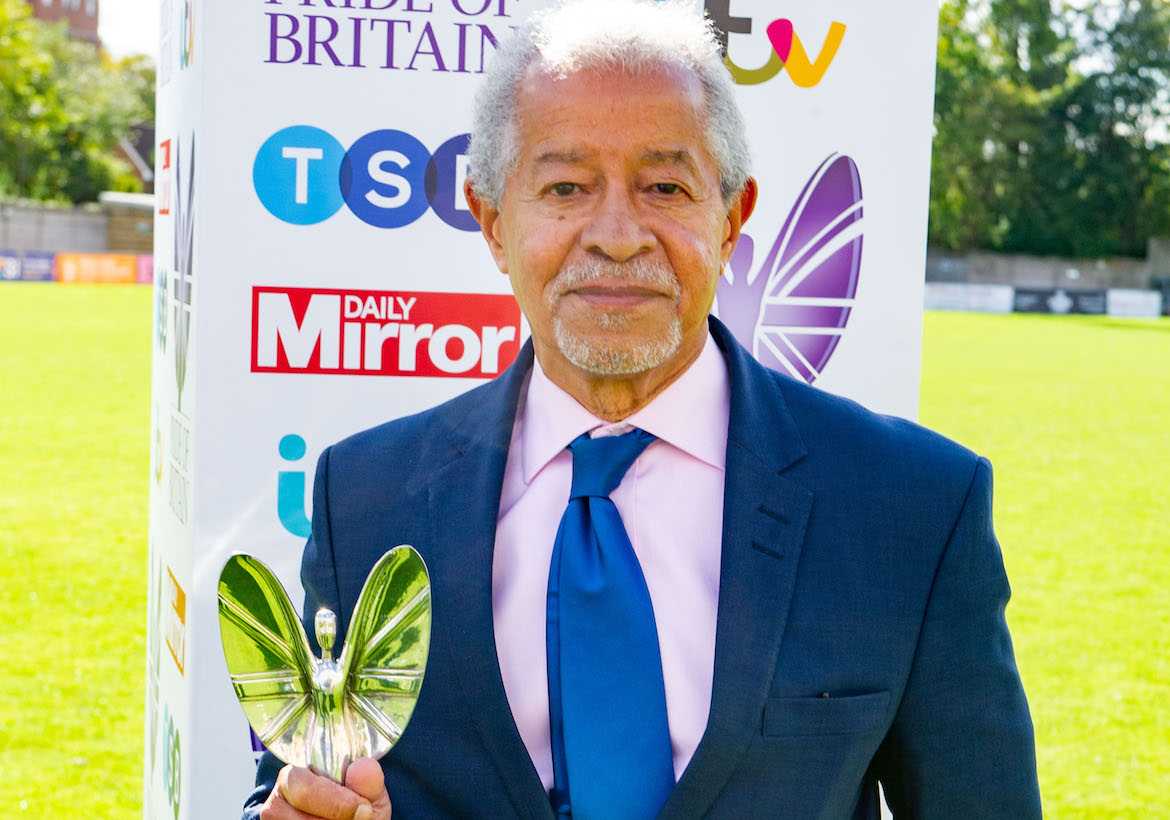 Inspirational campaigner for equality, who led the fight against racism in sport as head of pioneering anti-discrimination charity Kick It Out.

Herman arrived in Britain on a boat from Guyana at the age of 11, and his experiences as a young boy in south-east London were the impetus behind a lifetime’s work tackling racism.
Recalling how bitterly divided Britain was at the time, he said: “From day one, my first experience was racial abuse”.
At school, playing football provided respite from the insults, and a way to integrate and make friends. He started going to watch matches too, but in the 1960s and 70s, racist chanting, harassment and violence was an all too familiar experience.
He soon stopped going to games, but the memories stayed with him and fuelled his passion to fight racism, no matter how difficult the task seemed.
By the time he founded Kick It Out in 1993, Herman had already broken many glass ceilings in his career, most notably to become the first black executive chairman of the Commission for Racial Equality and the first black chief executive of any local authority in England.
When the Let’s Kick Racism Out of Football campaign was first launched by the CRE, Herman was met with fervent opposition and he even received bullets in the post. “The hardest part was right at the beginning,” he reflected. “We had to try a whole variety of trickery to get people to come in. For instance, you’d get Manchester United to join because you told them Manchester City were doing it.”
But slowly things began to change. Kick It Out gained formal support from the FA and some funding for work across the professional game. Initially set up to tackle racial abuse of top-tier players, over 25 years Kick It Out has addressed a multitude of discriminatory practices across the entirety of the sport, making it more accessible and inclusive for people of all backgrounds.
Herman was knighted in 1997 for his services to local government and community relations, and was made a life peer in 2001. His unique and innovative work to tackle institutional discrimination has been acknowledged by the award of 14 honorary degrees from universities from Edinburgh to Brighton.
Herman’s friend Viv Anderson, the first black footballer to play for the full England team, surprised him with his Pride of Britain award on the pitch at Dulwich Hamlet FC.
“I thought, ‘I recognise that voice!’” said Herman. “Viv was a visible pioneer and someone I have long admired. It was wonderful to see him and that he presented my trophy at the club where I played as a youngster.
“I was astonished to receive a Pride of Britain award. It is amazing to be acknowledged and recognised as having made a useful contribution. My work has always been about helping other people, but I know there are a lot of people out there who are doing equally amazing work and trying to make a change for the positive.