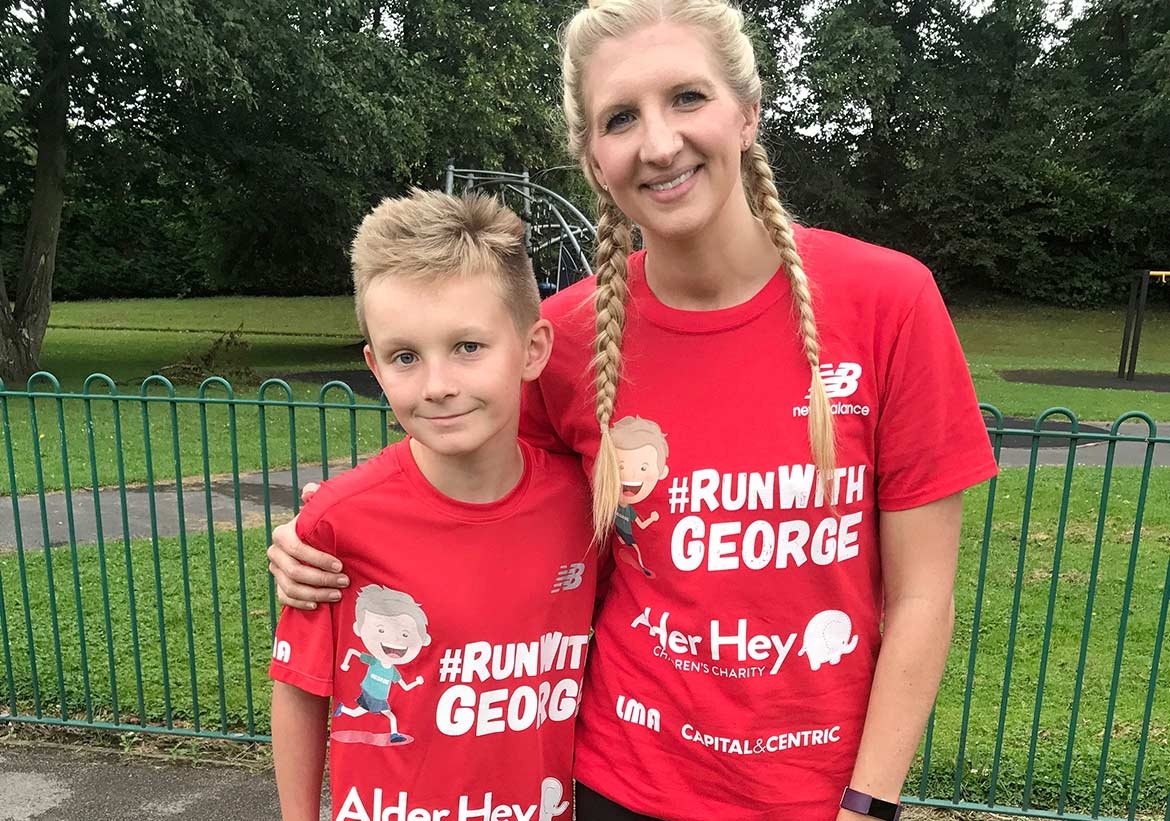 George has raised more than £35,000 to say thank you to Alder Hey Children’s Hospital for saving his little brother’s life

James Mathias was only a few days old when his parents found him limp and struggling to breathe after waking him for a night feed. James, who had been born seven weeks premature, was rushed to Alder Hey Hospital, where he spent five days in a coma.

Dad Richard says: “He had bronchiolitis - to you and me that’s just a bad cold, but it’s potentially fatal to a premature baby. Another hour, and he wouldn’t have made it.”

James’ big brother George, then four, came to visit him. Peering into the intensive care cot, George feared it might be the last time he’s see his baby brother.

Thankfully, the staff at Alder Hey were able to nurse James back to health. As George got older, he kept asking his parents what he could do to help the hospital that had saved his brother. His dad told him if he came up with an idea, he’d help make it happen.

Richard says: “George loved keeping me company when I went for a jog, so when he suggested running a mile for every month his little brother had been alive, I thought it sounded brilliant.”

But what started as a sponsored jog soon snowballed into something much, much bigger. After reaching his goal of 75 miles, George didn’t stop. He is now on his 99th mile and aiming for the big 100. That’s the equivalent of nearly four marathons.

George says: “I was so scared I thought I was going to lose my new best friend. But Alder Hey saved him. I love him so much I wanted to say thank you to Alder Hey for fixing James and giving me the brother I dreamed of.”

His mission has attracted attention from all over Liverpool and beyond, with celebrities queuing up to run alongside George and cheer him on. Steven Gerrard, John Bishop and Jason Manford have all run a mile with George, and so far they’ve helped him raise more than £35,000 for Alder Hey.

Each celebrity nominates another famous face to run with George next, and so the journey continues.

The first £25,000 raised has already been used to buy four specially-heated cots for premature babies in the Special Care Baby Unit.

And so far, George shows no signs of slowing down. Richard says: “Every mile means more money for the hospital, and that’s what drives him. Plus he still wants to run with Prince Harry someday!”

George is an incredible young man, motivated by love for his brother. He had a brilliant idea, and the determination to make it happen. What’s wonderful is that the money he raised is already helping to save the lives of other babies.Pride of Britain judges