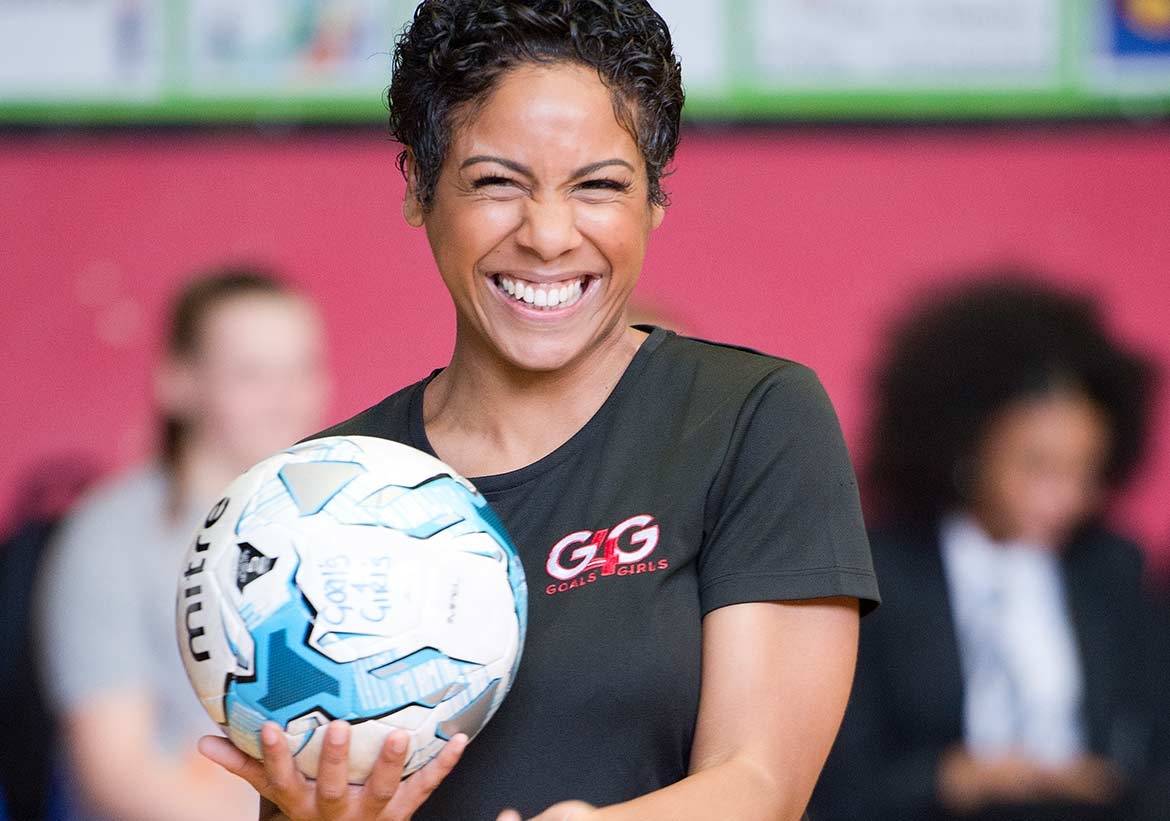 Overcame depression and family troubles to set up an inspirational football programme for girls, helping them deal with issues such as low self-esteem, bullying and body image.

Fran was brought up by her grandmother in Manchester from the age of 13 after her parents separated when she was a child. She had suffered depression and low self-esteem, and at one point was rushed to hospital after trying to take her own life.

Football provided her with an escape from her troubles, and her skill earned her a place in the Manchester City youth team.

At 16, she was about to accept a scholarship to play football in the United States, but a serious groin injury ended her football career, and her American dream.

Now 25, she says: “The injury was shattering for me because while growing up football had been my way of escaping and getting my confidence and self-esteem back.

“I lived and breathed football and athletics. All I had was sport and my grandmother.”

Desperate to escape her run of bad luck, she left Manchester and set off for London with just £10 in her pocket.

“I thought London was a land of opportunity. I got up, left and turned up at my friend’s door and asked if I could stay on her couch,” Fran says. “From there I never looked back.”

Without a home of her own, she stayed on friends’ sofas, becoming a youth and community worker. It was after becoming pregnant with her son Khyo that she came up with the idea for her groundbreaking football academy.

“It hit me then that I needed to make something of myself,” Fran says. “I didn’t want my child to be treated like I was when I was growing up and having the same struggles.”

She set up her Goals4Girls project in East London for girls aged between 11 and 16. The football coaching provides a framework that also lets Fran talk to them about body image, self-esteem, bullying and many of the other challenges teenagers face.

Fran trialled it as a voluntary project for two years before joining The Prince’s Trust enterprise programme in 2015, which helped her turn it into a viable business.

She now runs the project from Royal Docks Community School in Newham, where she is also a PE teacher.

“The biggest reward is watching the girls walk out on to the pitch or at training,” Fran says.

“It also feels great when you can see how far they have built up their communication, teamwork, self‑esteem and confidence.

“I’m passionate about helping other young women reach their full potential by giving them the encouragement and training they need, which is something I never had.”

Fran has overcome so much, and she has such a positive message for the young people she works with. She is inspirational in so many waysPride of Britain judges

View the embedded image gallery online at:
https://prideofbritain.com/component/k2/francesca-brown#sigProIdbb4ec7c5de
Tagged under